Manchester City will look to extend their unbeaten start to the season when they host Borussia Dortmund in their second match of the UEFA Champions League 2022/23 campaign. The defending English Premier League champions are one of the favourites to win the European crown this season. Erling Haaland will be a key figure in this match as he will face his former club for the first time since leaving them in the summer.

Manchester City came out as 4-0 winners away at Sevilla in their first round. In his debut for Manchester City in the UEFA Champions League, Erling Haaland scored a brace. City dominated the match and enjoyed a victory with a big goal margin.

Borussia Dortmund also made a winning start to their UEFA Champions League campaign. They won their first match against FC Kobenhavn by a scoreline of 3-0. Both teams have made a strong start to their UCL campaigns. 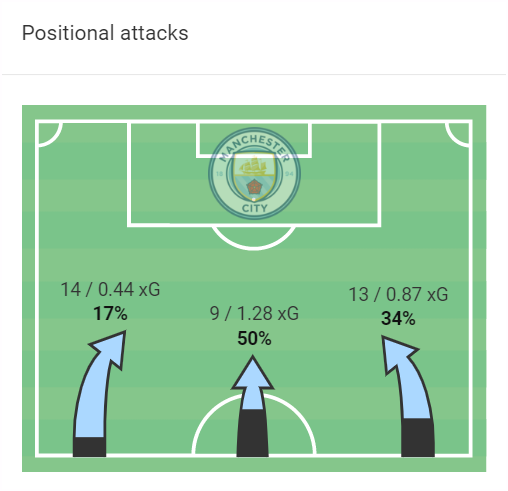 Manchester City players are capable of creating attacks from every possible area on the pitch. They like to build their play from the centre and distribute the play to different sides of the pitch. Most of the attacks came from the left in the last match. However, the highest xG rate was generated from attacks created from the centre. They will look to find weaknesses in Dortmund’s defence and try to exploit them. 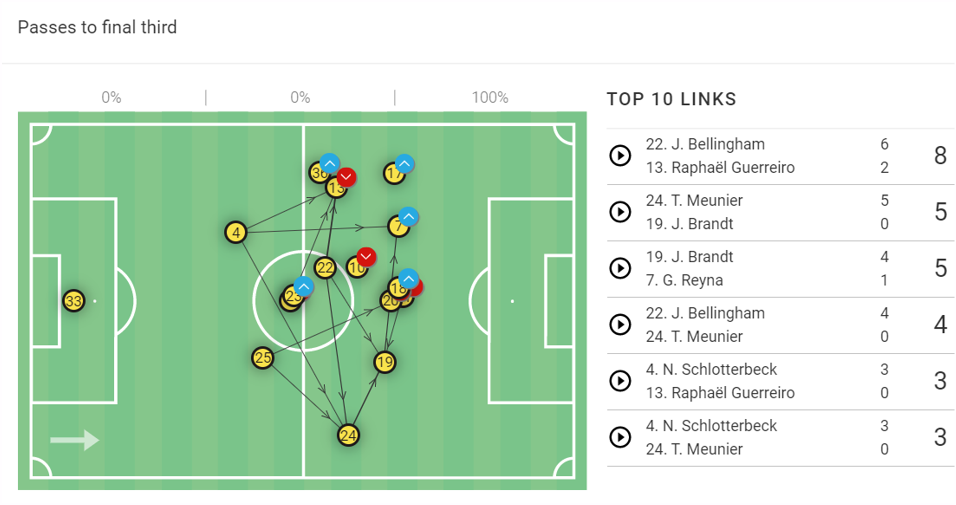 Borussia Dortmund created 42 positional attacks in their first UCL match and 16 came from the centre. The above viz shows the average position of Dortmund players and the passing links to the final third. We can observe that the full-backs play a crucial role in getting forward and like to get involved in the attacks. They will have to make safe runs in this match, otherwise City can catch them on the counter and make use of a man advantage that they will have at that time. Borussia Dortmund won’t be given a lot of freedom to attack. 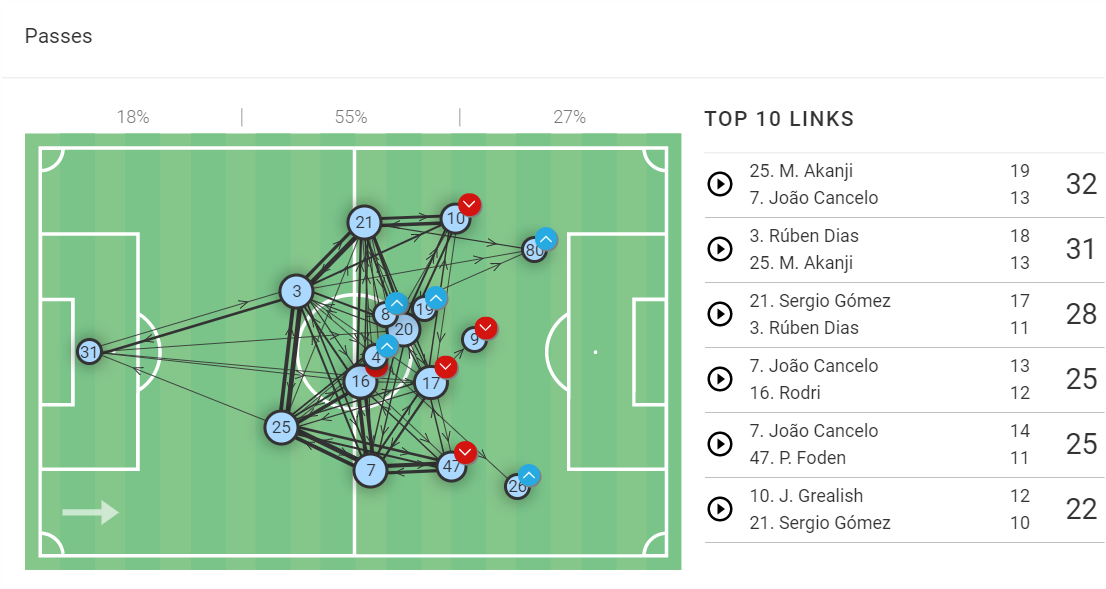 Manchester City like to dominate possession in the midfield. They average 61.3% ball possession this season and will possibly have more of the ball against Dortmund. Rodri stays in the heart of the midfield and allows the other two midfielders to roam freely. This also allows the full-backs to get involved in the attack. This will flood the midfield with City players, and they won’t give any space to Dortmund. 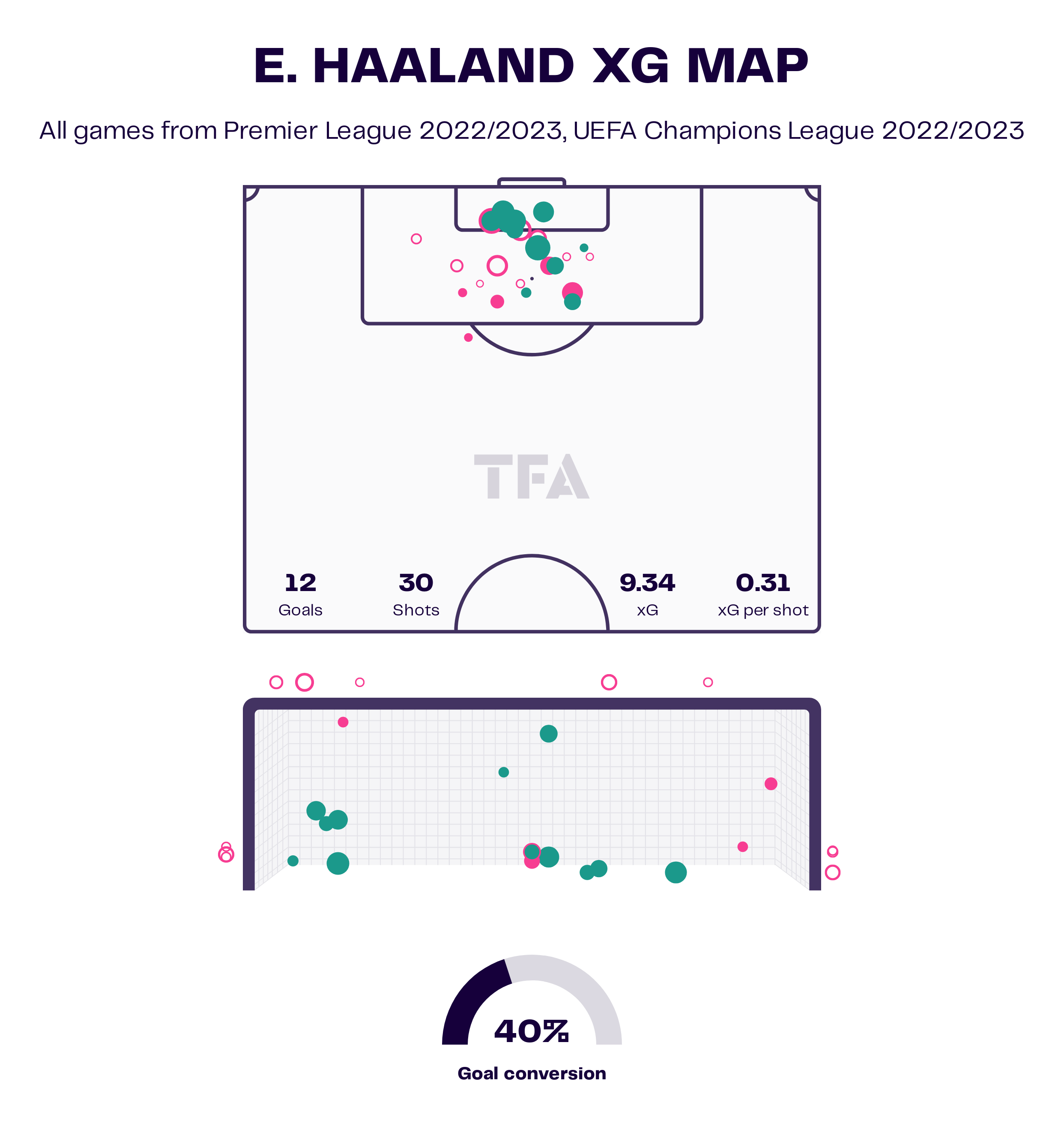 In the summer, Erling Haaland made the move from Borussia Dortmund to Manchester City. The Norwegian has shown his class and has already scored 12 goals in seven matches. He is a dominant figure inside the opposition penalty box and will look to spoil the mood of his former teammates. 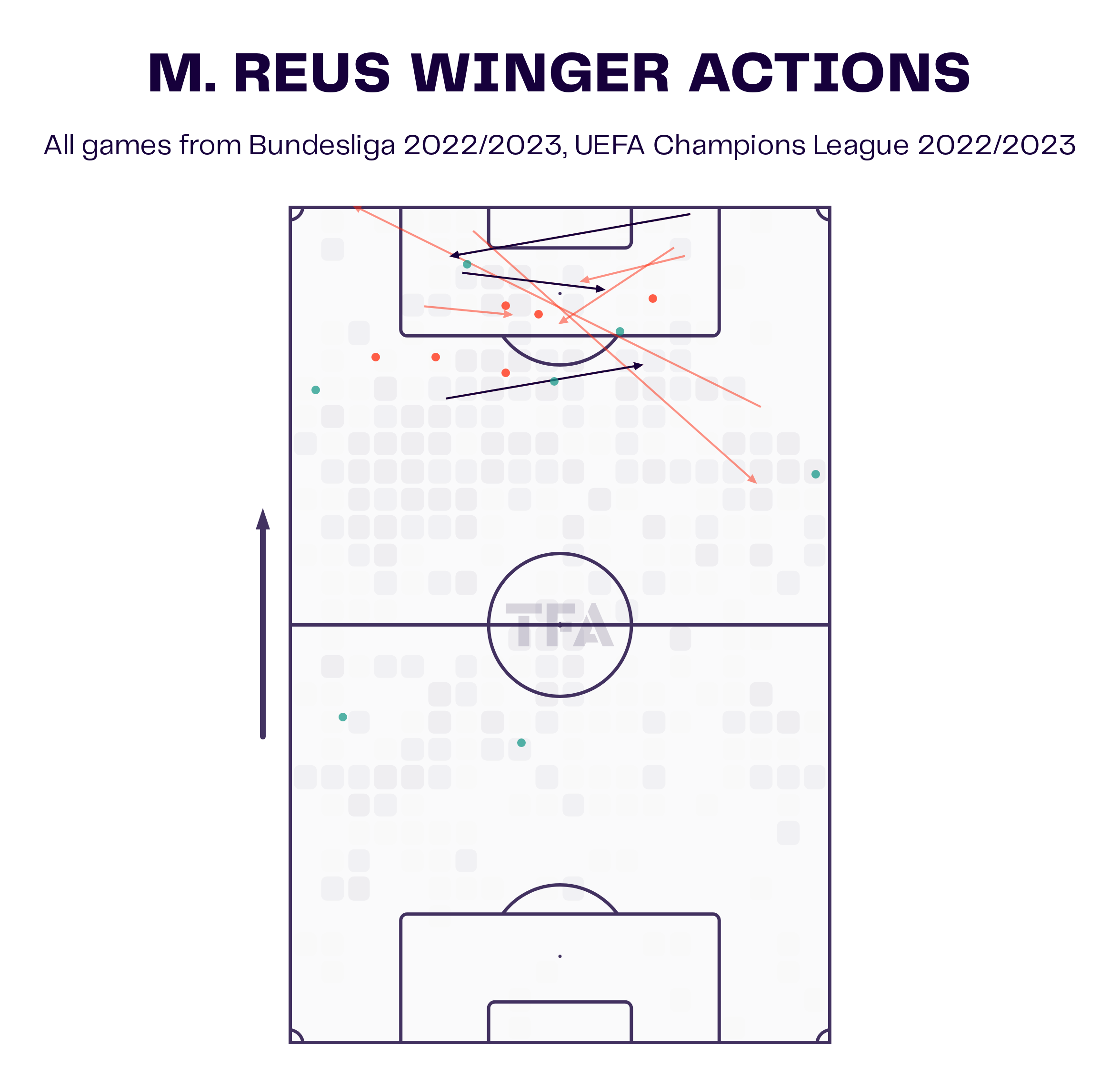 Marco Reus is the key figure in Borussia Dortmund’s attack. He has scored three goals and has the same number of assists to his name. The above viz shows that Reus still likes to play from his favoured left hand side and often tries to find a teammate inside the opposition penalty box with the help of crosses and a few clever passes played into the opposition’s penalty box. He will look to take his chances against a dangerous City side.

Manchester City will still be without Kyle Walker and John Stones for this match. The manager might go with the same team in this match.

Borussia Dortmund have no new injury concerns. Thorgan Hazard was taken off in the last UEFA Champions League match, but the player might be declared fit for this match.

The post Man City vs Borussia Dortmund Preview: 3 key trends to watch out for according to the stats appeared first on Football analysis, news, betting and opinion from Man City.