Liverpool will host long-time rivals Manchester United at the Anfield stadium on Tuesday in the Premier League. The hosts are fighting to overtake Manchester City at the top of the table, while the visitors are in a four-way battle for a spot in the top four.

The Reds marched into the finals of the FA Cup after beating Manchester City. Ibrahima Konate opened the scoring for Liverpool, while Sadio Mane grabbed a brace as they took a 3-0 lead in the first half. City did fight back in the second half, but Liverpool did well to hold them off. Liverpool’s 2-2 tie in the Premier League at the Etihad Stadium last weekend was the first time in 2022 that the Reds did not win all three points. 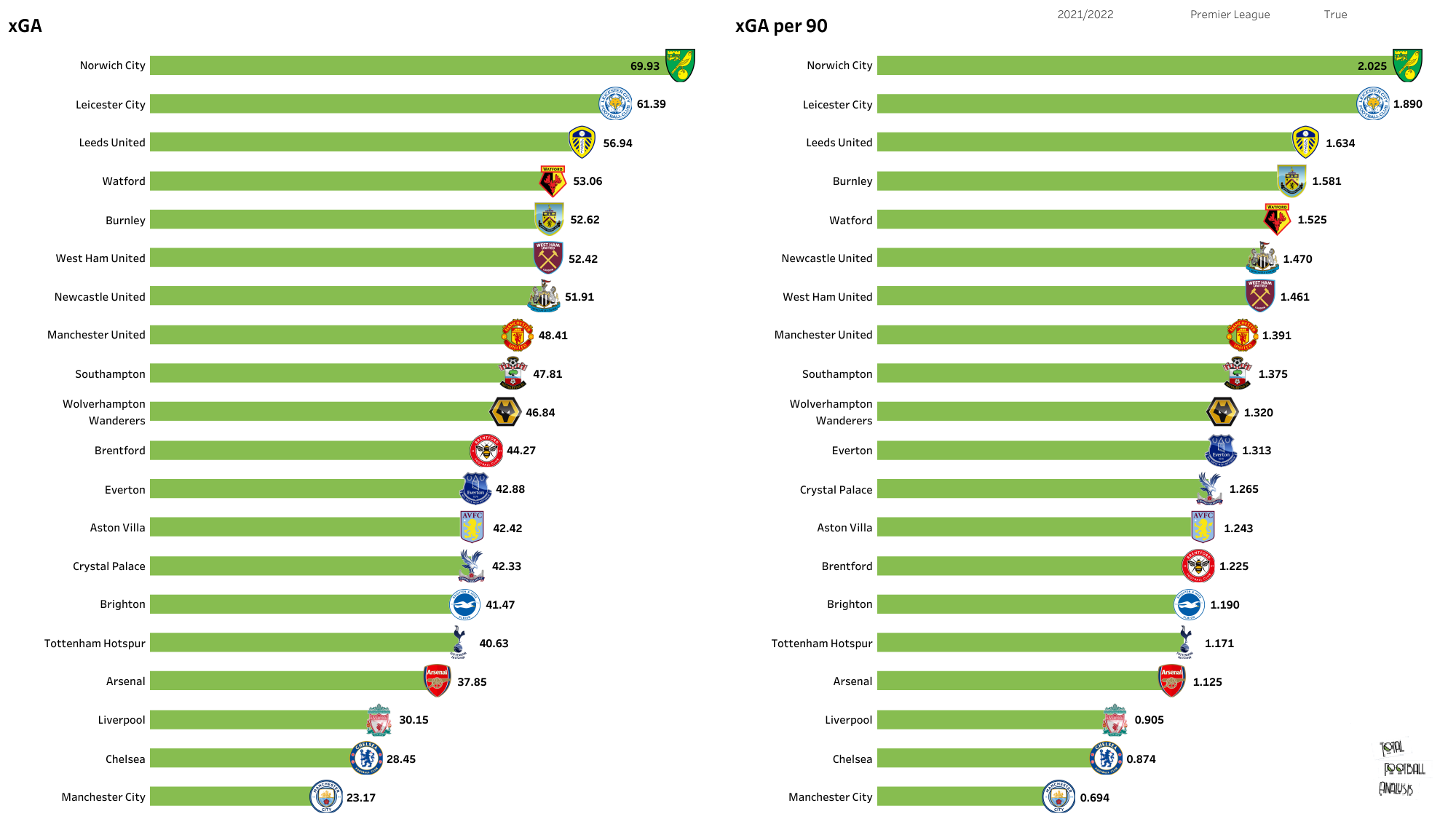 Liverpool have the third-lowest xG generated against them in the Premier League and have only conceded 22 goals. United, on the other hand, have had a high overall xG against them as they have struggled a lot defensively. United have conceded 44 goals this season and have managed only seven clean sheets in 32 games.

Cristiano Ronaldo rescued Manchester United with a hat-trick against bottom side Norwich City, and it was yet another example of just how difficult United are finding it to win games this season. After having a 2-0 lead in the first half, United’s defence crumbled as Norwich came back to level the scores. They were fortunate enough to get the winner and secure all three points, which helped them leapfrog into the fifth position on the table. 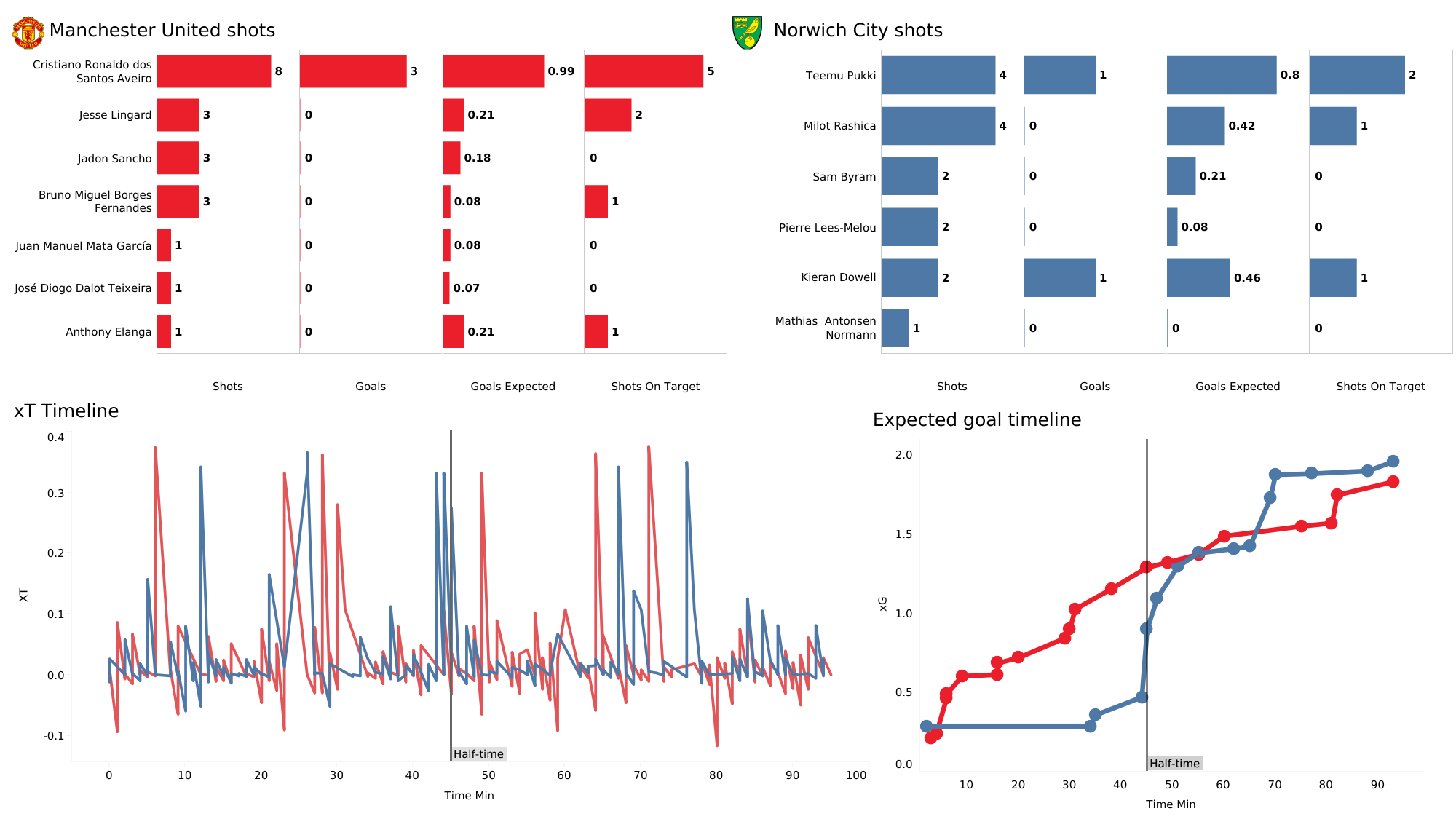 The xT and xG timelines from United’s game against Norwich show us how the Red Devils struggled to kill the game as they gave Norwich several chances to get back into it. Their defence was very easy to break on the counters, and Norwich took advantage of the same.

United have failed to win nine of their 15 away Premier League games this season. They travel to Anfield on Tuesday where Liverpool have not lost a game all season. Ralf Rangnick’s side must find a way to compete with one of the top teams in the world right now, a team that has not lost a Premier League game since the new year. The Reds are in dazzling form right now, and their chances for a treble are still very much alive.

The post Liverpool vs Manchester United Preview: xGA, defensive actions and more – what do the stats say? appeared first on Football analysis, news, betting and opinion from Liverpool.