Manchester United will look to earn back-to-back wins when they travel to Anfield to take on Liverpool in the English Premier League. The Red Devils suffered a humiliating 0-5 defeat at home against their rivals and will look to avenge their loss. Liverpool, on the other hand, will be high on confidence after reaching the FA Cup finals and a win in this match will take them two points above Manchester City.

Liverpool played out a 2-2 draw against Manchester City in the previous round. The Reds have won 22, drawn seven, and only lost two games this season. They have scored the most goals in the league this season. The overall goal scoring tally for Liverpool is 79 goals as of now, with an xG rate of 76.95. In return, they have conceded 22 goals with an xGA rate of 30.15. 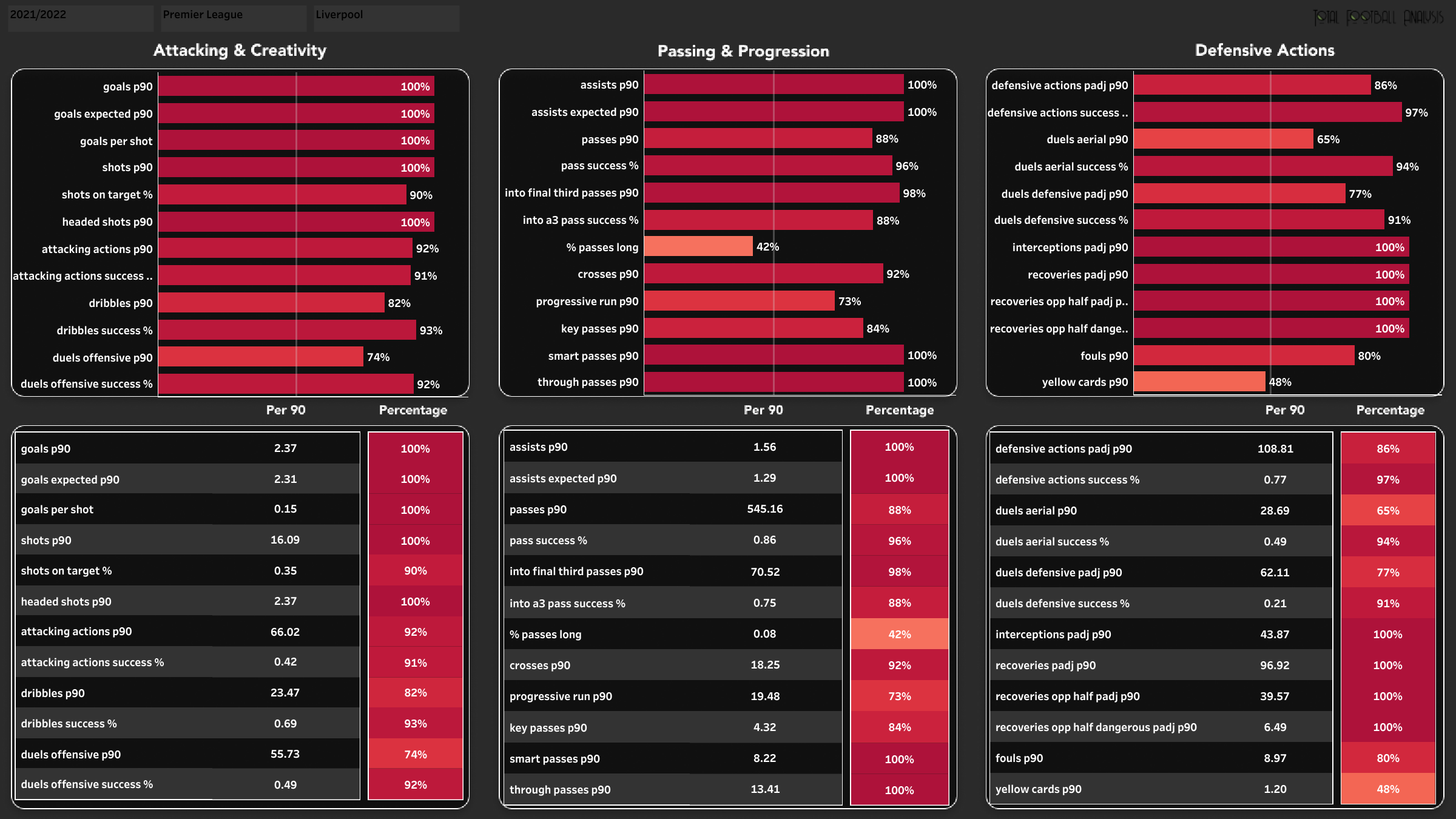 When looking at the above chart, the general rule is that the longer the bar, the better the performance — you can see the league average in the middle, and the % is the percentile rank the player is in. Liverpool and Manchester City have been the top performers in the league this season. We can observe that they are the best team in some of the parameters mentioned above. Jurgen Klopp’s men have been on the front foot whenever they face any opponent and have the ability to score goals in any of the matches. 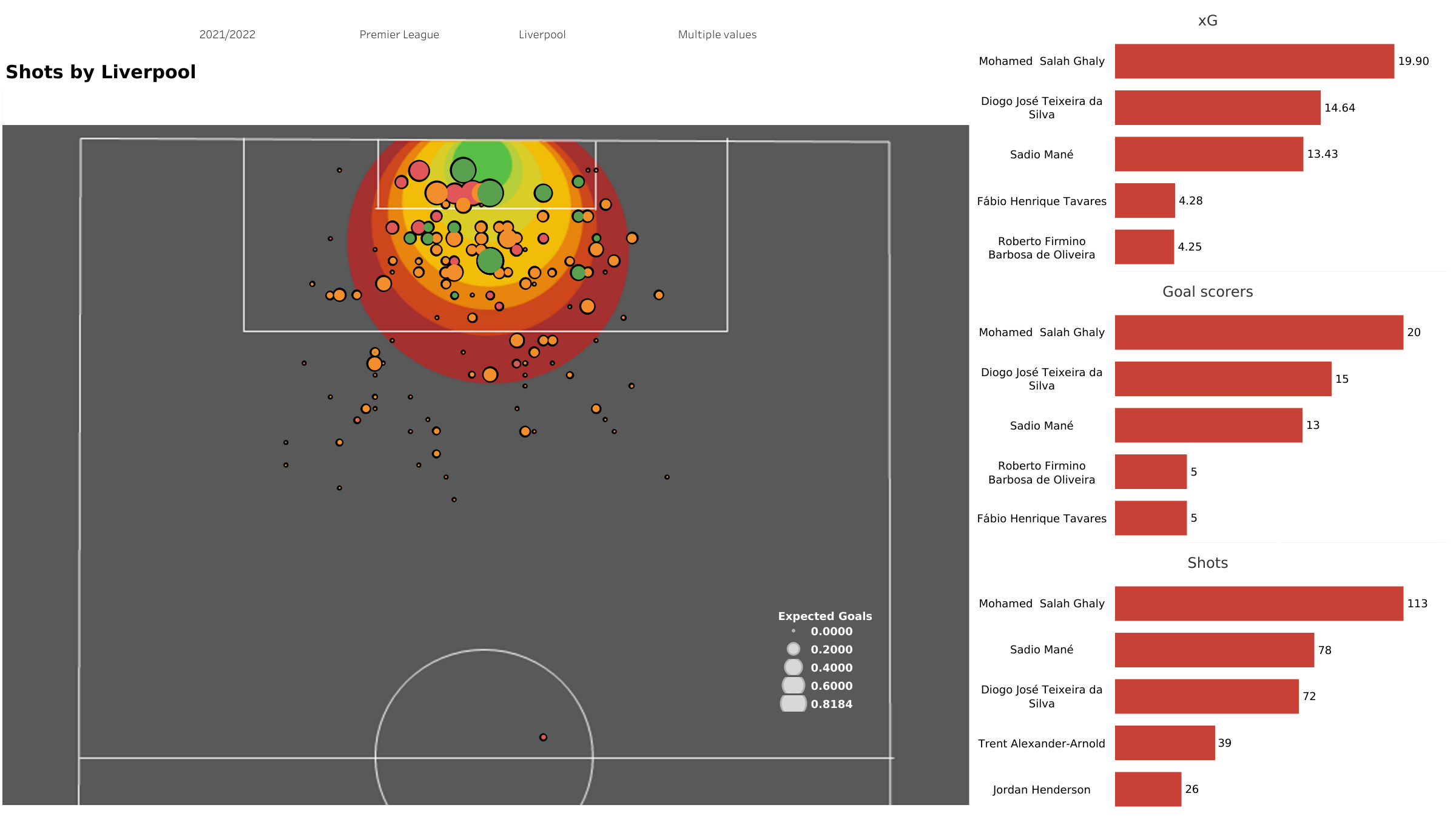 Liverpool players have attempted 536 shots and average more than 16 shots per 90 minutes. They have managed to hit the target 210 times, with a shot accuracy rate of 39.17%. A total of 344 shots have been attempted from inside the opposition’s penalty box, with 158 of them being on target. The above viz shows all the shots attempted from set-pieces except for the penalty spot. The Reds are dangerous on set-pieces, and their players can deliver good balls into the opposition’s penalty box. They have scored a few goals from set-piece situations.

There are no fresh injury concerns in the Liverpool camp, and the manager will look to play his strongest 11 in the second North West Derby of the season. 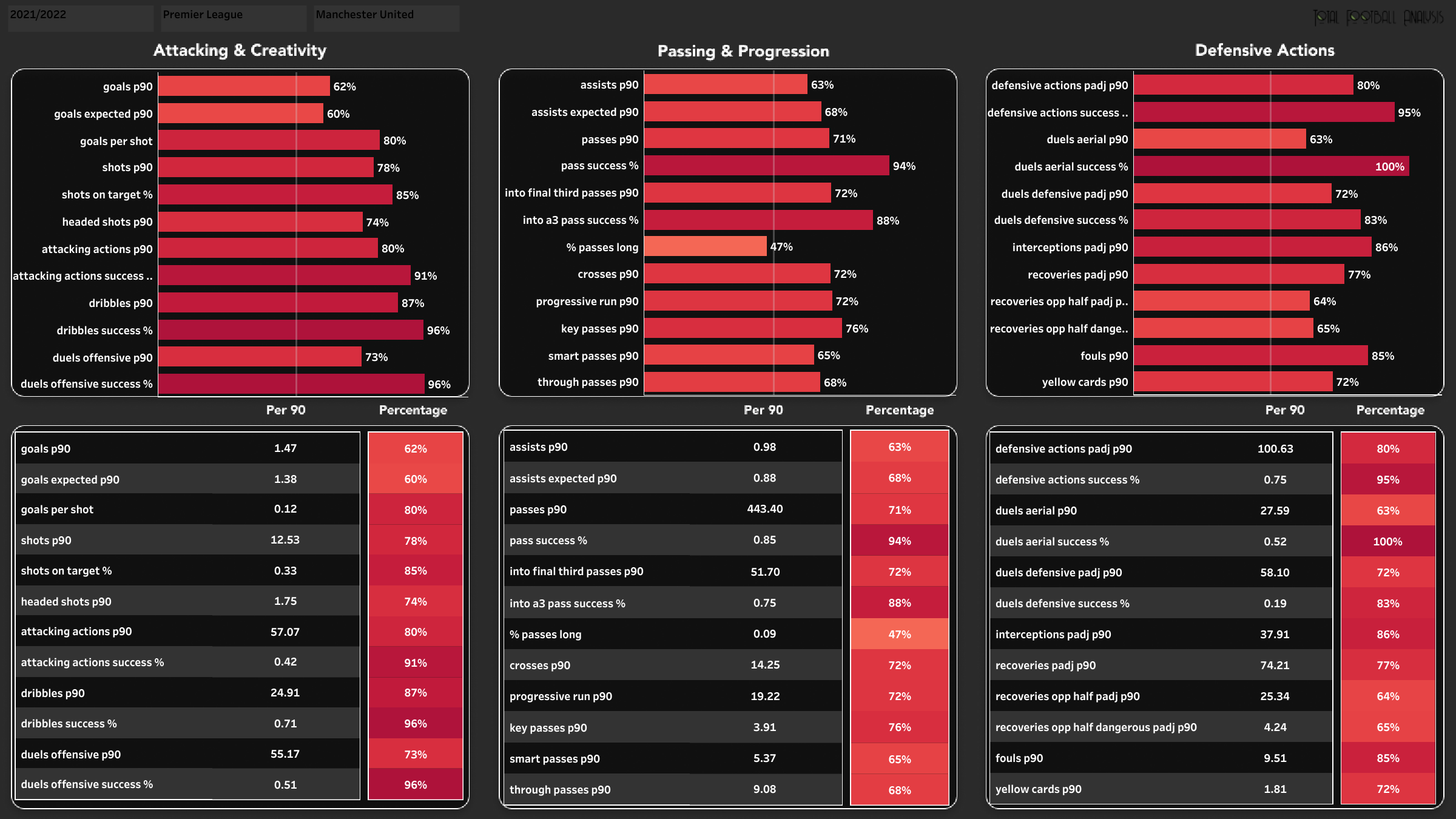 Manchester United have won 15, drawn nine, and lost eight games this season. They have been inconsistent and are moving up and down the league table. Manchester United players have scored 52 goals past the opposition goalkeeper with an xG rate of 48.1. In return, they have conceded 44 goals with a high xGA rate of 48.41. From the above viz, we can observe that the away team has a high percentile rank in the attacking and creativity categories. When we look at the passing and progression charts, we observe that the Red Devils are just above average in all the departments. Defensively, they have a high defensive action success rate along with an aerial duels success rate. 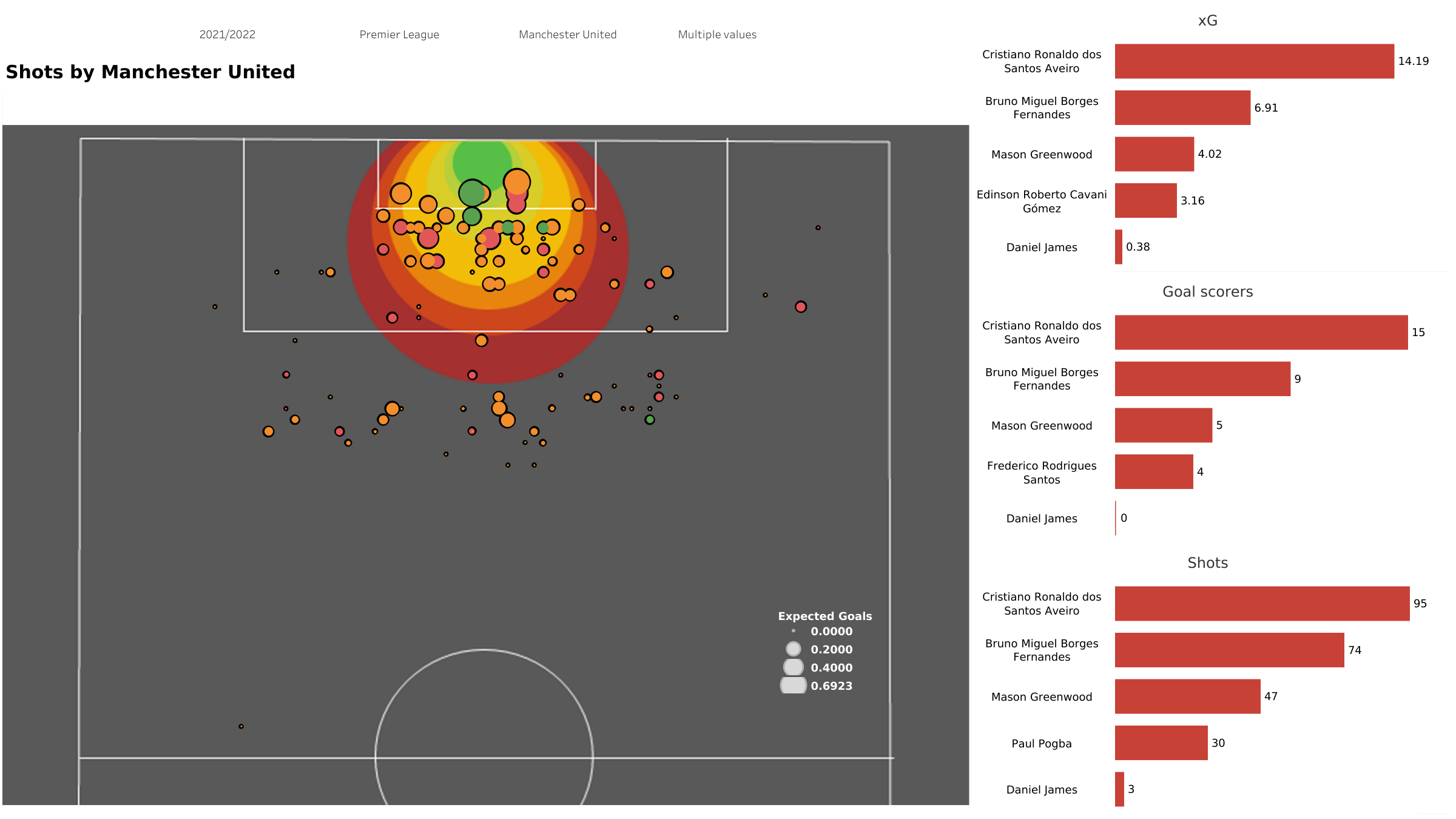 The Red Devils attempted 436 shots and managed to hit the target 156 times. They average around 12.5 shots per 90 minutes, with a shot accuracy rate of 35.77%. Of these 436 shots, 263 have been attempted from inside the opposition’s penalty box, with 110 of them being on target. Cristiano Ronaldo scored the winner against Norwich City directly from the free-kick, United’s first free-kick goal of the season.

Manchester United will still be without Raphael Varane, Luke Shaw, Edinson Cavani, Scott McTominay, and Fred for this match.

Liverpool go as the favourites to earn three points against their rivals in this midweek clash. Both teams earned wins in their previous match and will be high on confidence. The Red Devils will have a tough outing at Anfield.

The post Liverpool vs Manchester United Preview: xG, shots accuracy and more – what do the stats say? appeared first on Football analysis, news, betting and opinion from Man United.