Manchester City suffered their first loss of the English Premier League 2022/23 season after going down 1-0 against Liverpool. The first half went goalless, and it took 76 minutes for Liverpool to score the only goal of the match. Mohamed Salah managed to find the back of the net for the Reds. Manchester City are now four points behind Arsenal at the top of the league table.

Which Liverpool player made the most interceptions? What were the attacking zones for Manchester City? 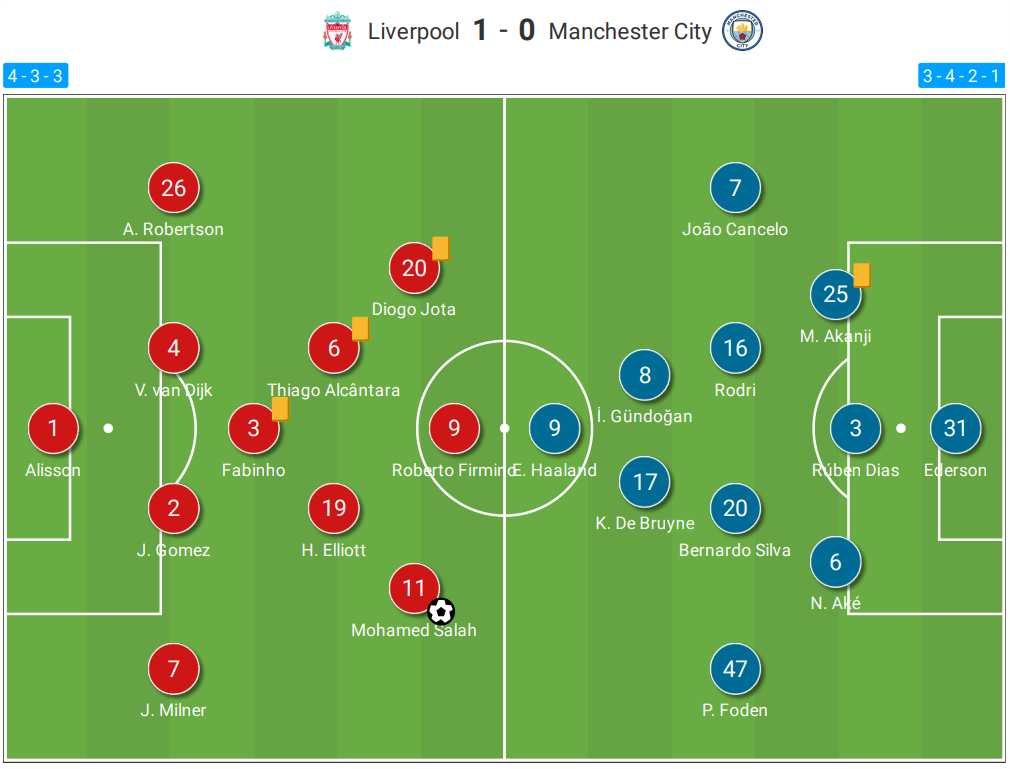