Leicester City will host Southampton in the final game of the season in the English Premier League. The Foxes are on a three-match unbeaten run and will finish in the top half of the table. Southampton, on the other hand, have been on a poor run of form lately. The Saints have just collected one point in their last five league games. The two teams played a 2-2 draw when they last met in the league.

Leicester City played a 1-1 draw against Chelsea at Stamford Bridge in the midweek. They have now won 13, drawn ten and lost 14 matches this season. The Foxes have scored and conceded 58 goals each. The xG rate of the team is 47.7, and the xGA is the second-worst at 72.31. 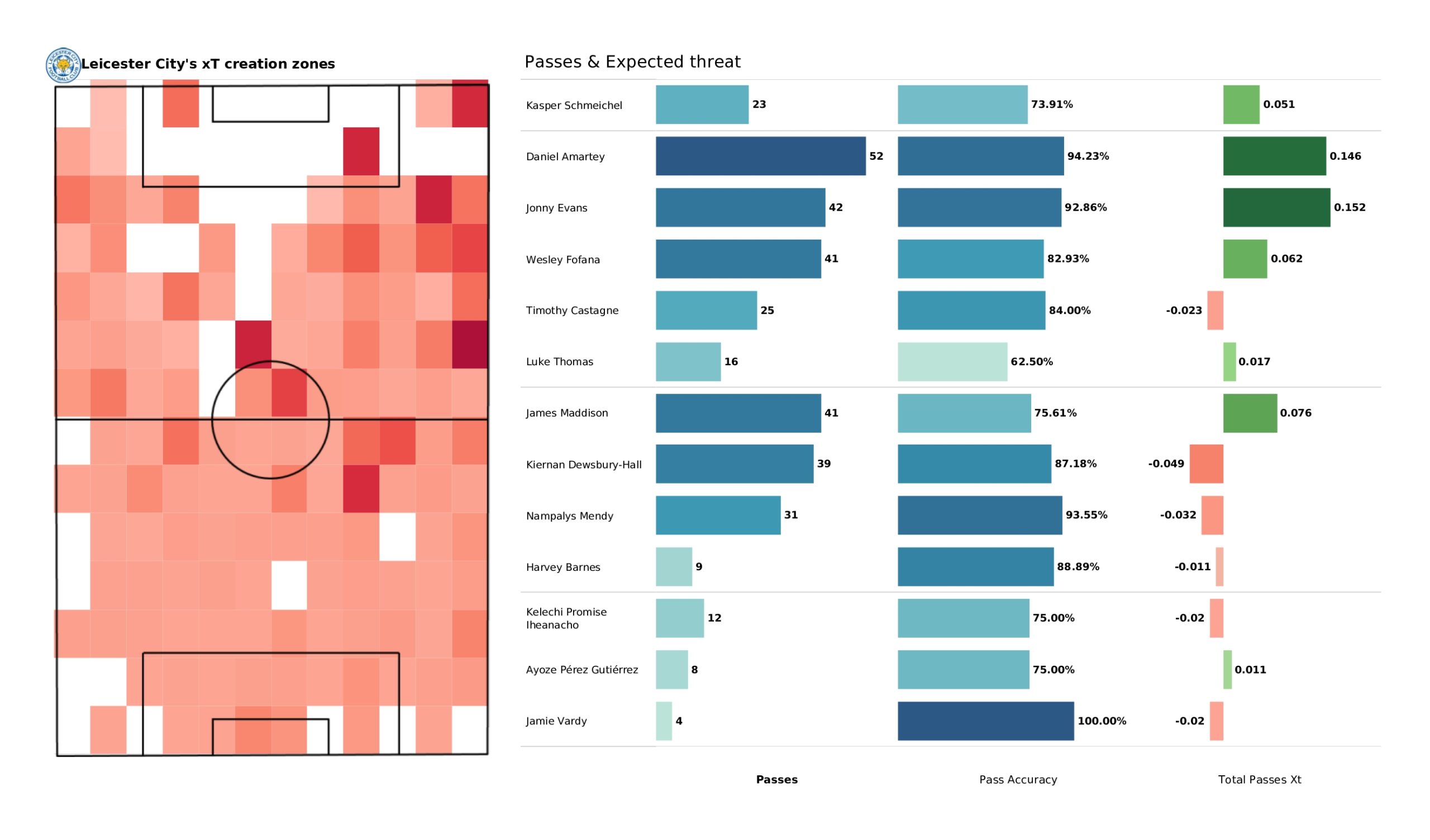 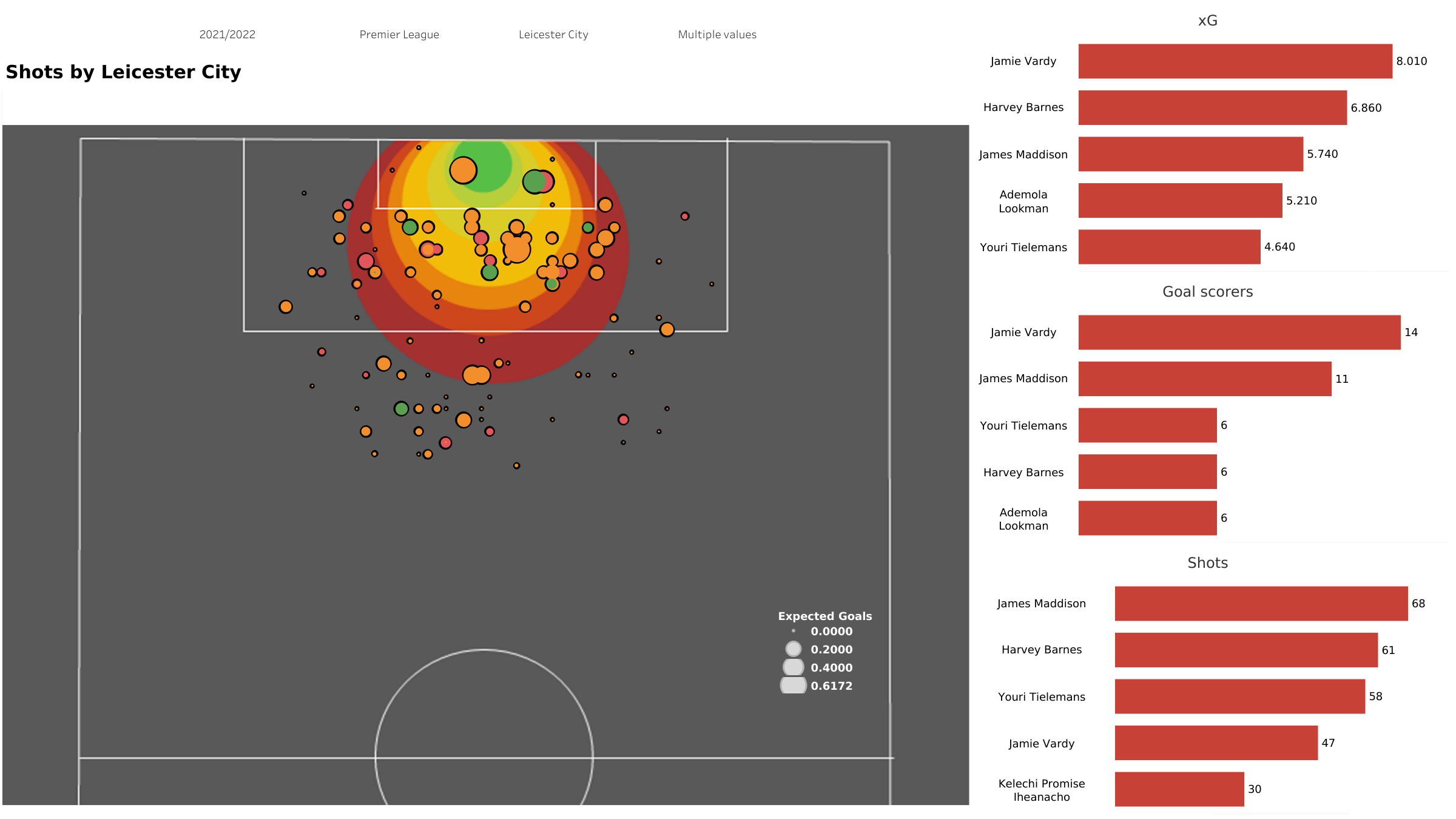 Brendan Rodgers’ men have attempted 410 shots this season, with an average of 10.26 shots per 90 minutes. They have managed to hit the target 154 times. Of these 410 shots, 240 were attempted from inside the opposition’s penalty box, with 105 shots being on target. The above viz shows all the shots attempted from set-pieces, except the penalty spot. The Foxes have failed to create threats and attempt shots from open play. They have only netted six goals.

The home team will be without Wilfried Ndidi and Ryan Bertrand for this game. However, there is some positive news as Youri Tielemans and James Justin might return to the playing XI after recovering from injury. 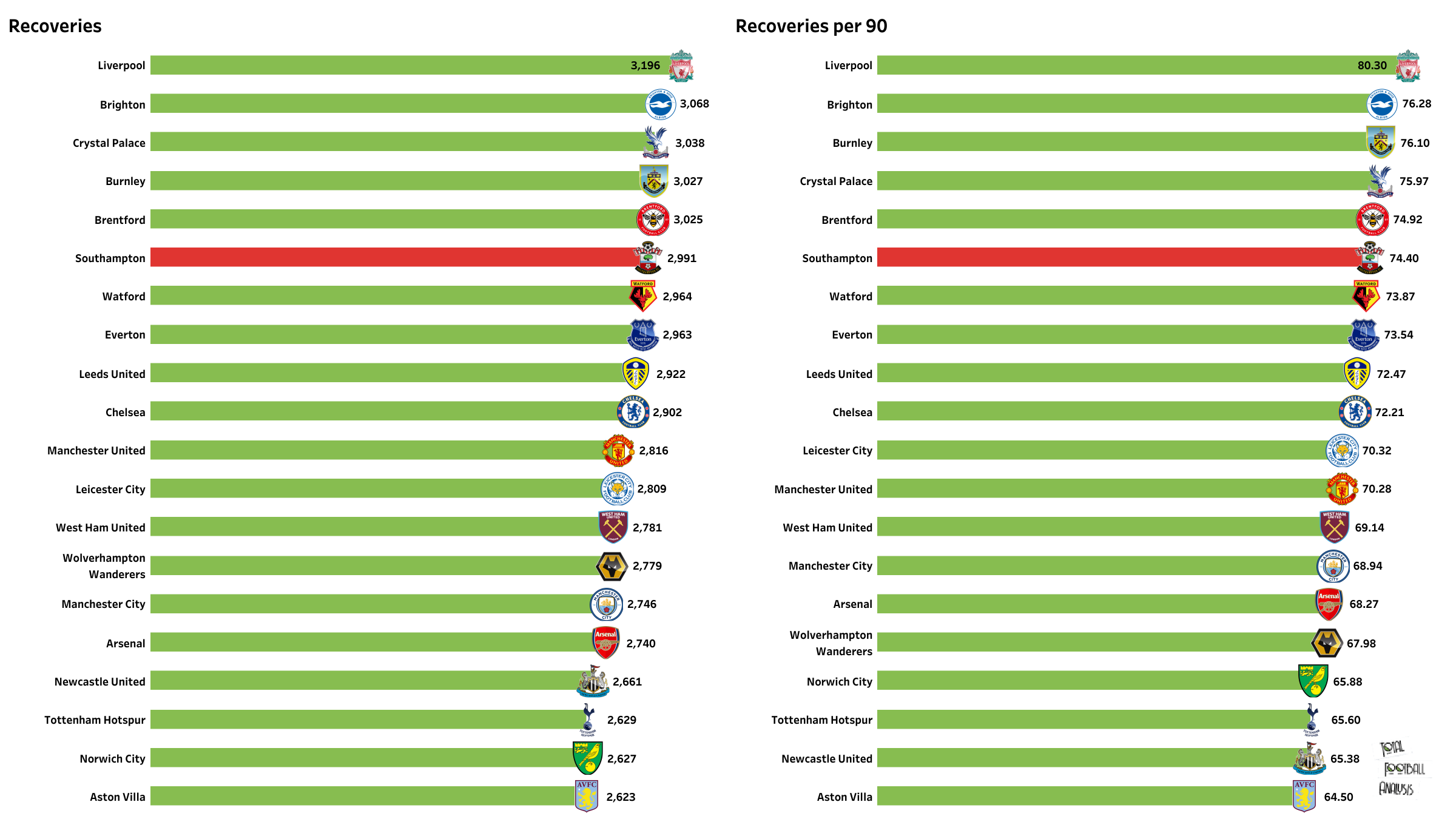 Southampton have won nine, drawn 13, and lost 15 games this season. They have scored 42 goals with an xG rate of 47.16 and conceded 63 goals with an xGA rate of 58.05. The Saints have made 2,991 recoveries this season and average 74.4 recoveries per 90 minutes. They are ranked fifth and third for making recoveries in the attacking third and in the middle third, respectively. This means they have recovered the ball well and have kept the opposition players on their toes. 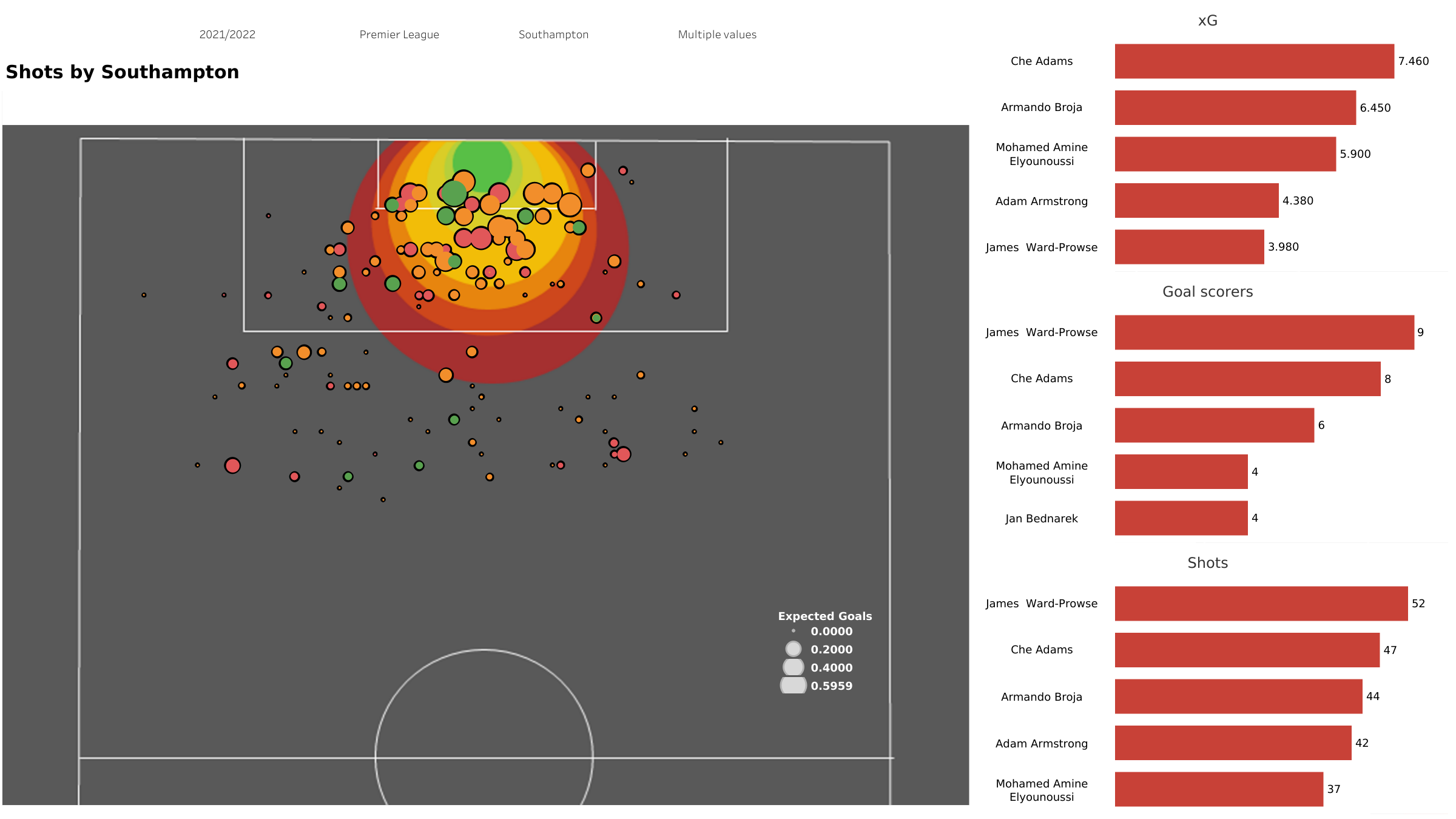 Southampton have attempted more shots than their opponents. A total of 440 shots have been attempted, with an average of around 11 shots per 90 minutes. The Saints have troubled the opposition goalkeeper 163 times. The above viz shows the shots attempted from set-pieces, except the penalty spot. The Saints are a threat on set-pieces, especially with the quality that James Ward-Prowse provides on the pitch. They have scored four direct free-kick goals. Other than this, the Saints have also attempted a few shots from inside the opposition’s 6-yard box.

Alex McCarthy is once again expected to start this match in the absence of Fraser Forster. Romain Perraud and Valentino Livramento are the other absentees for the visitors.

This will be a tough encounter for both teams as they would like to end this season with some points in their bank. Leicester City are the in-form team and will be the favourites as they have home advantage. Southampton will look to end their miserable run with a win over the Foxes.