Leicester City are set to host Brentford at the King Power Stadium on Sunday in the Premier League. The home side suffered a defeat in their previous match while the away side came out victorious in back-to-back games in the league. Can the Foxes bounce back against the Bees?

Leicester City’s inconsistent season has continued, with the Foxes suffering a 0-2 defeat against Arsenal. After three wins on the bounce, Leicester tasted a defeat again. Goals from Thomas Party and Alex Lacazette on either side of the half sealed the win for the Gunners. The Foxes have, however, progressed to the quarter-finals of the Europa Conference League. They have secured a place in the next round despite taking a loss away at Renne, winning 3-2 on aggregate. The Foxes’ win on aggregate saw the return of 21-year-old defender Wesley Fofana, who made his first appearance in seven months after suffering a broken leg. Fofana scored a header to help his side move past Renne into the next round. Leicester would be looking to get back to winning ways when they welcome Brentford. The Foxes have won their last three games against Brentford, including a 2-1 win in the team’s reverse league fixture back in October. Jonny Evans, Ryan Bertrand, and Timothy Castagne are all unavailable through injuries. Wesley Fofana could be in contention after making his return. 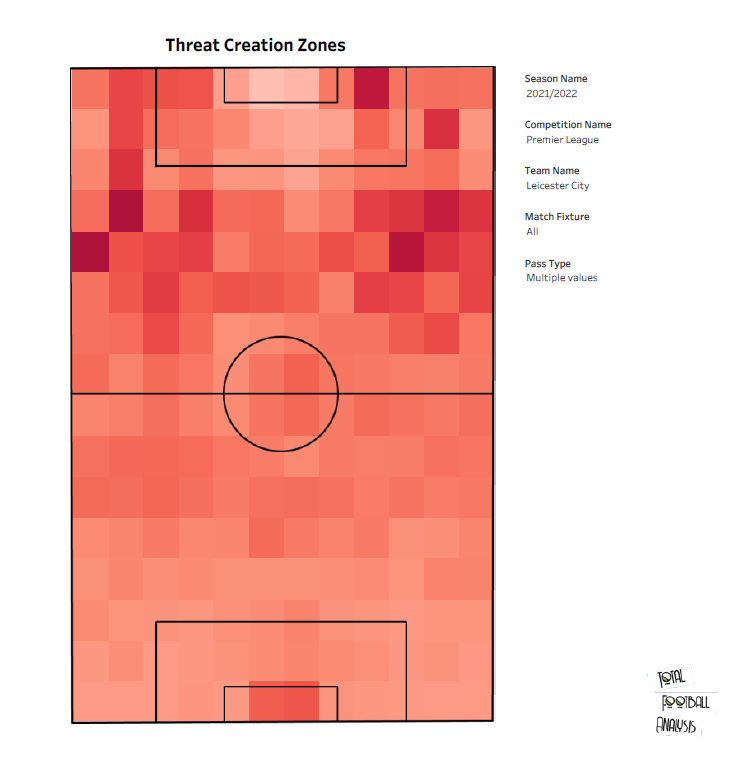 In the above viz, we can see the locations of the pitch where Leicester have been threatening. The Foxes have created a high threat near the half-spaces on the right wing, while they have also been threatening from the left wing. 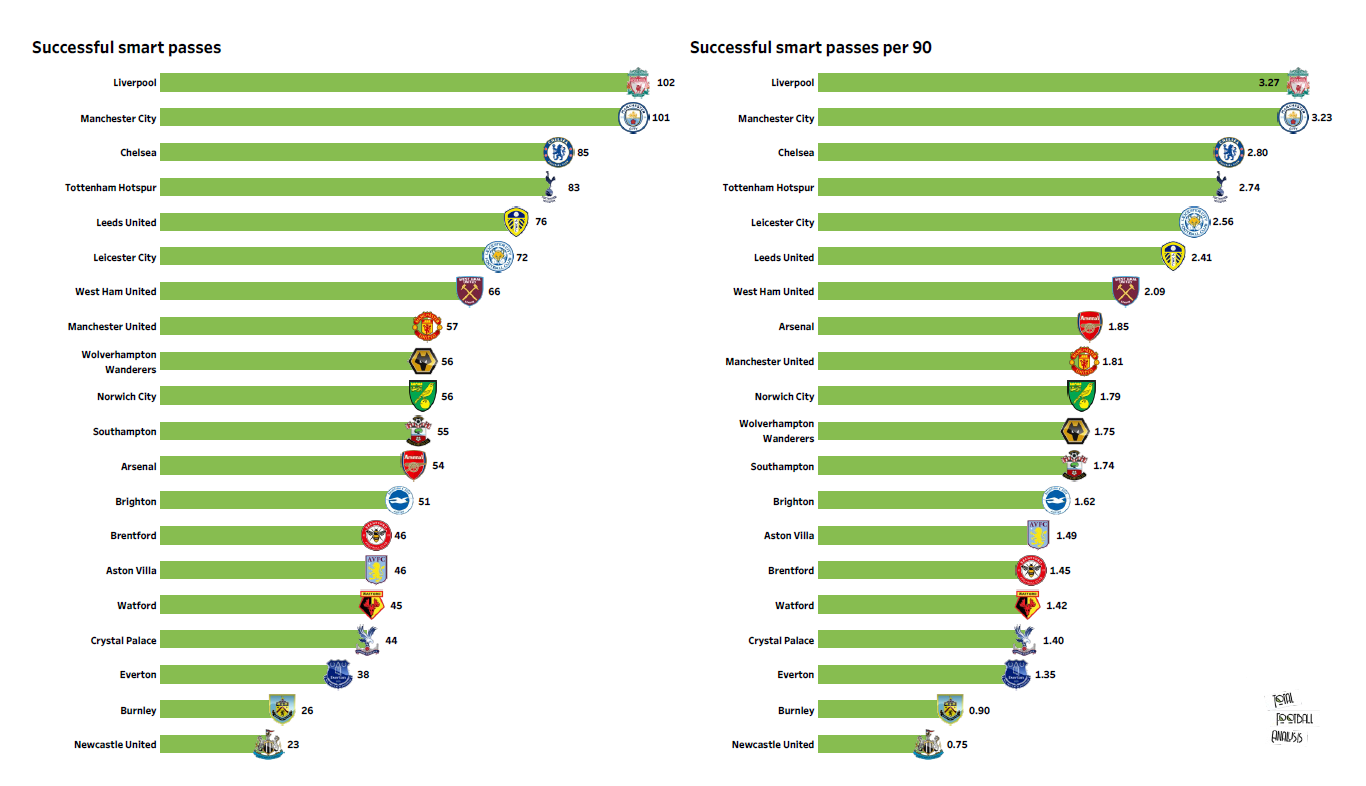 Leicester have delivered the sixth-highest number of smart passes in the league. They average more than two smart passes per match.

Brentford would be looking to make it three wins on the bounce when they visit the King Power Stadium. Brentford have beaten the relegation-contenders, Norwich City and Burnley in the previous two matches in the league. It was the first time that the Bees have ever won back-to-back Premier League games. Ivan Toney has been excellent in recent games, scoring a hat-trick in the win at Norwich, followed by a brace against Burnley. The two goals against Burnley were scored in the last five minutes to seal the 2-0 win for his side. The recent wins mean that Brentford have taken 30 points from 29 games. As a result, the Bees are placed in the 15th spot in the league, with eight wins, six draws, and 15 losses in 29 matches. Josh Dasilva is suspended for the upcoming match. Ivan Toney should lead the attack for the Bees. 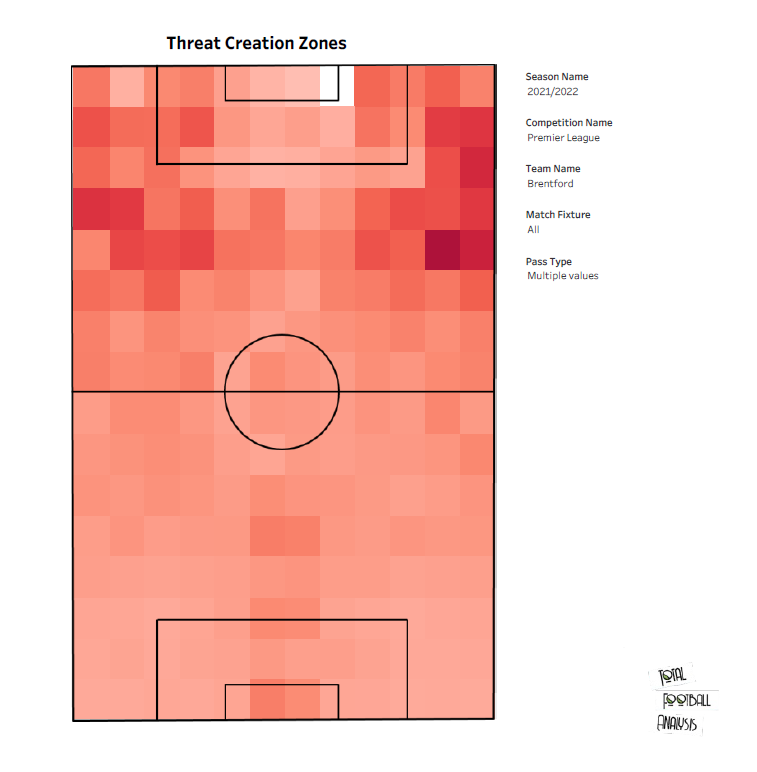 In the above viz, we can see the areas of the pitch from where Brentford have been threatening. The Bees have created a high threat from the half-spaces in the right wing. 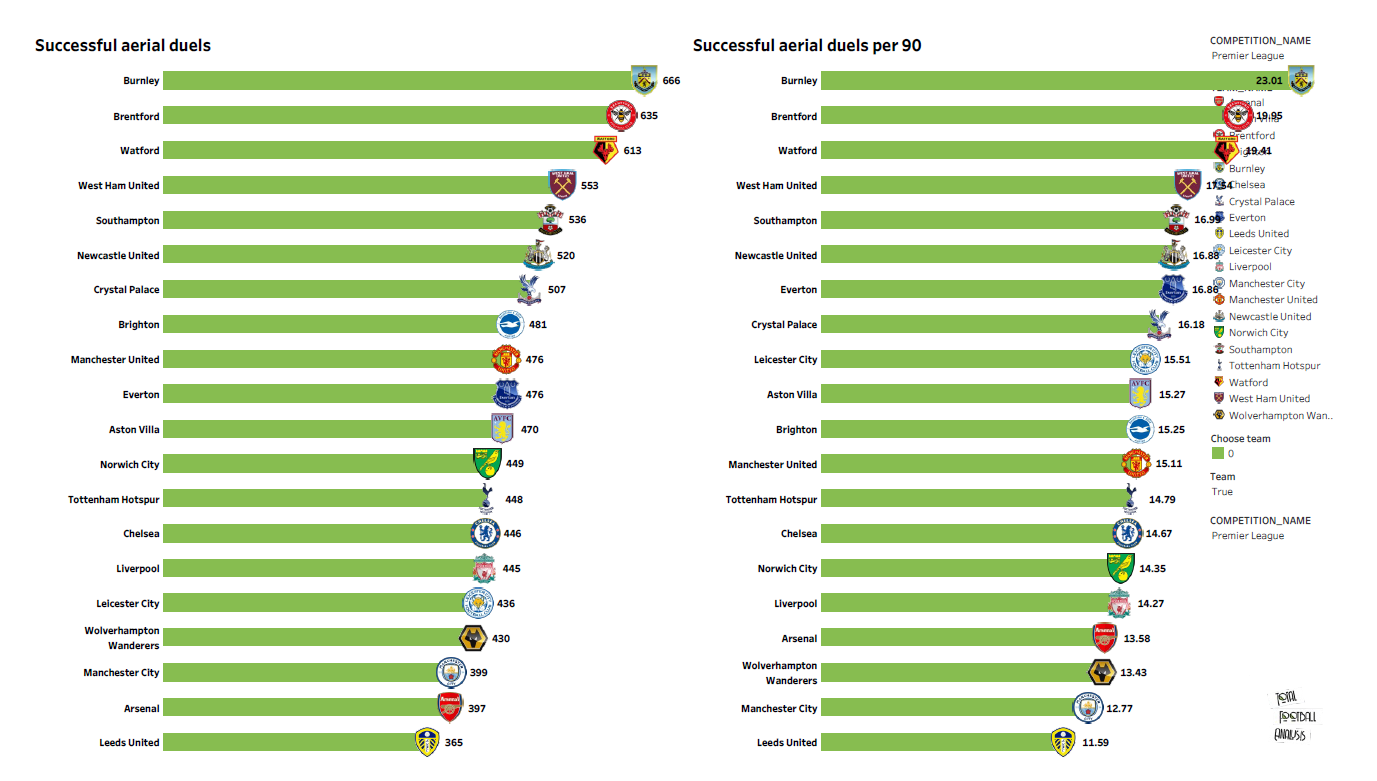 Brentford have won the second-highest number of aerial duels in the league. They average 19.95 successful aerial duels per match.

Brentford have a slight edge heading into the match. However, both teams should take home a point each.