Manchester City registered back-to-back wins after a narrow 1-0 victory over Leicester City in the English Premier League. Kevin De Bruyne scored the match’s only goal from a direct free-kick in the 49th minute. The defending champions were without their star striker, Erling Haaland, for this game. They managed to beat an in-form Leicester City side and temporarily move to the top of the league table.

Which Leicester City player made the most recoveries in the attacking half? What was the accuracy rate for Manchester City for passes to the final third? 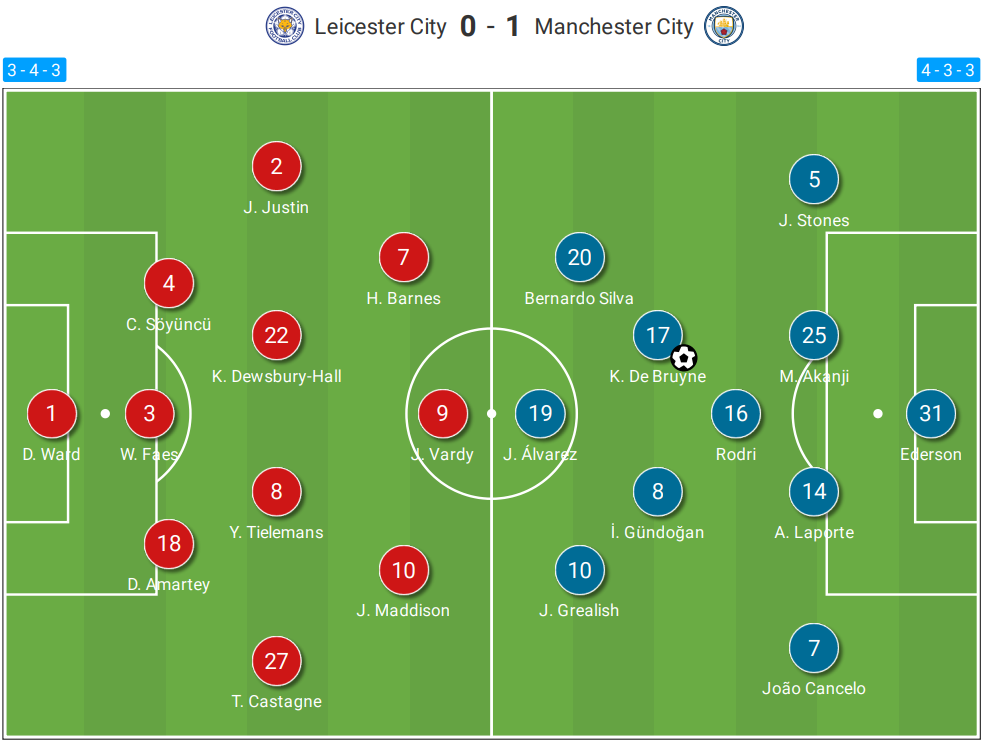