Arsenal extended their lead to four points in the English Premier League after a narrow 1-0 victory over Leeds United. The Gunners have now won nine out of ten matches and are comfortably sitting at the top of the table. Bukayo Saka scored the game’s only goal in the 35th minute, and Arsenal held on to a one-goal lead until the final whistle.

How many positional attacks were created by Leeds United? Which Arsenal player won the most aerial duels? 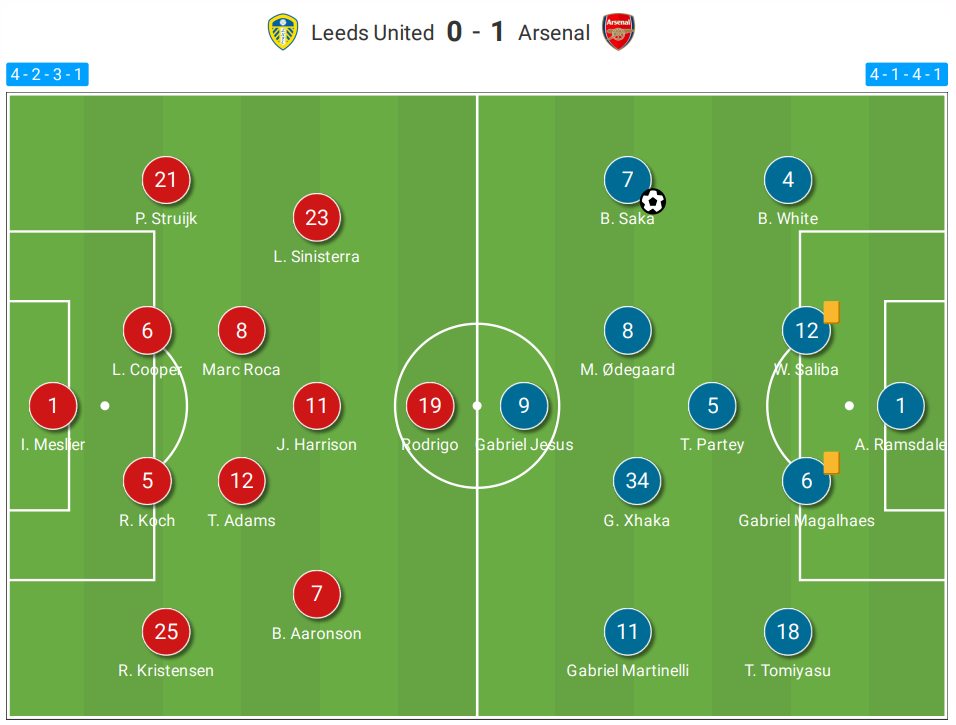