The 2022-23 Premier League season is just days away from the start. Last season’s runner-up, Liverpool, travel to Craven Cottage to take on the newly promoted Fulham, who won the 2021-22 EFL Championship title. This marks the fourth consecutive season where the Reds take on a newly promoted side in their opening league game of the season. Jurgen Klopp’s men will look to go one better after missing out on the trophy on the final matchday of the previous season. On the other hand, Fulham will be keen to put an end to their yo-yo status this upcoming season.

Fulham had one of the best campaigns of any EFL Championship teams last season as they clinched the title with 90 points. They scored 106 goals, with Serbian hitman Aleksandar Mitrovic bagging a record-breaking 43. They had the highest xG of any team and were clinically converting many half chances as well. The main supporting cast of Mitrovic was Fabio Carvalho and Harry Wilson, with 11 and 10 goals, respectively. However, Carvalho has been subsequently signed by Liverpool this summer. The Cottagers also won 48% of the aerial duels that they competed in. 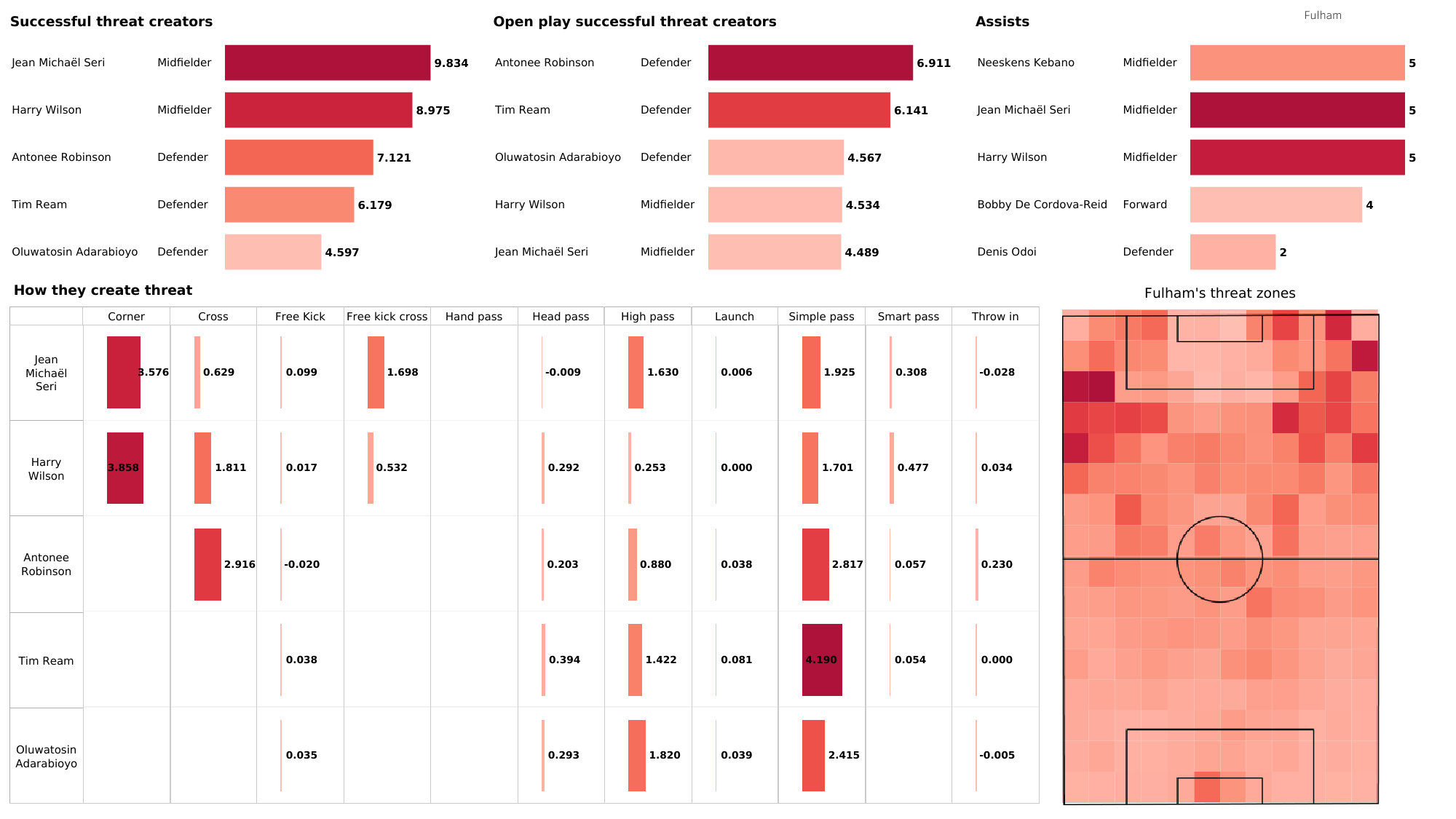 Fulham’s most successful threat creator last season was Jean Michael Seri. However, most of this came through set-pieces, and he has subsequently been released by the club due to the expiration of his contract. The Ivorian has since joined Hull City on a free transfer. From open play, it was left-back Antonee Robinson who produced the most threat. Harry Wilson’s 19 assists in the season was as impressive as Mitrovic’s 43 goals. Backing him was Bobby Reid, who registered eight assists for the Cottagers. 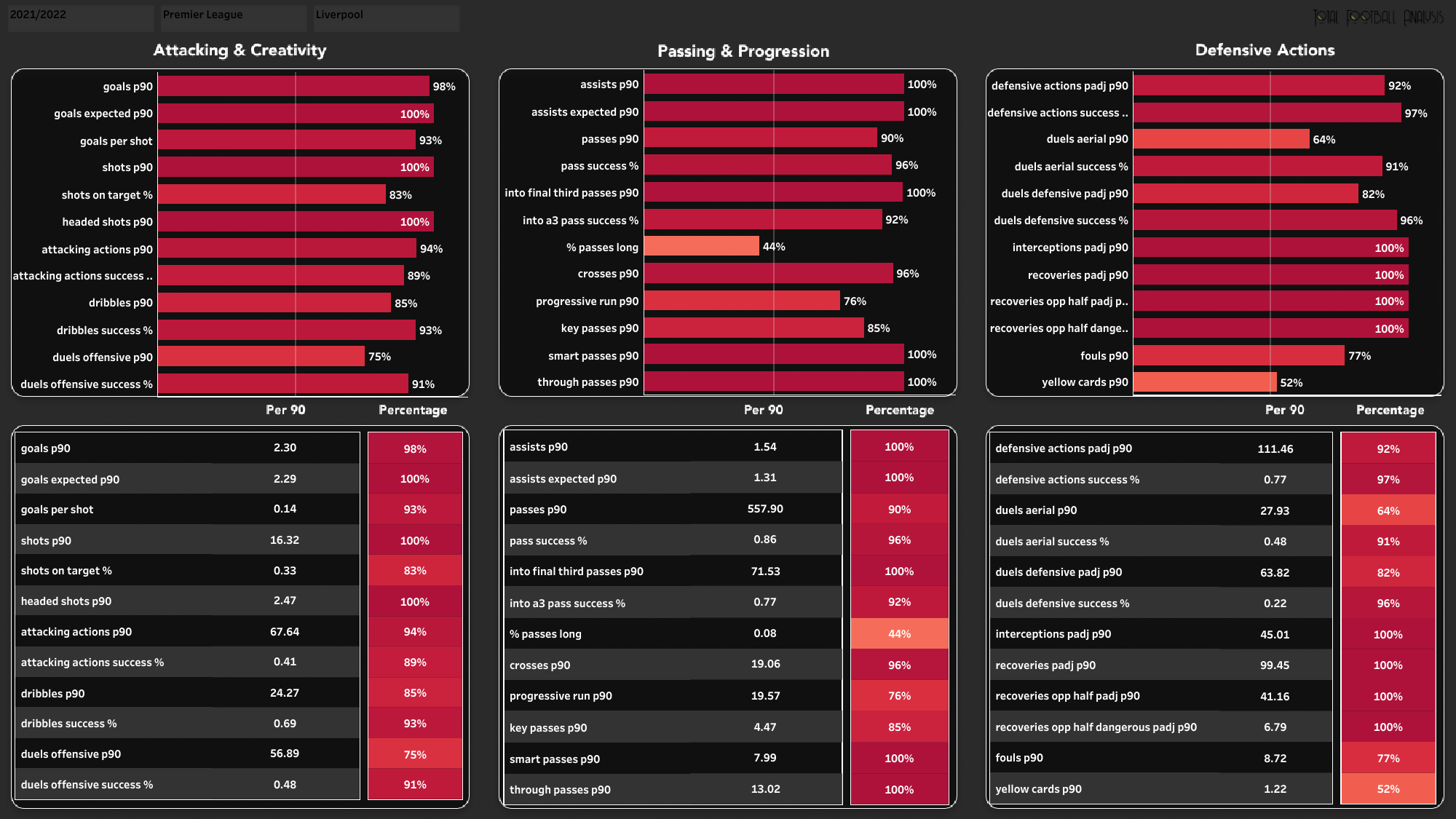 Liverpool ran Manchester City close for the title last season, but it proved to be a challenge a bit too much. Despite losing fewer games than the Cityzens, two additional draws and one fewer win were not enough for the Reds to win the league. Jurgen Klopp’s men had the highest xG and xA of any team last season. They also attempted the most shots, most balls into the final third per 90, most smart passes per 90 and most through balls per 90. 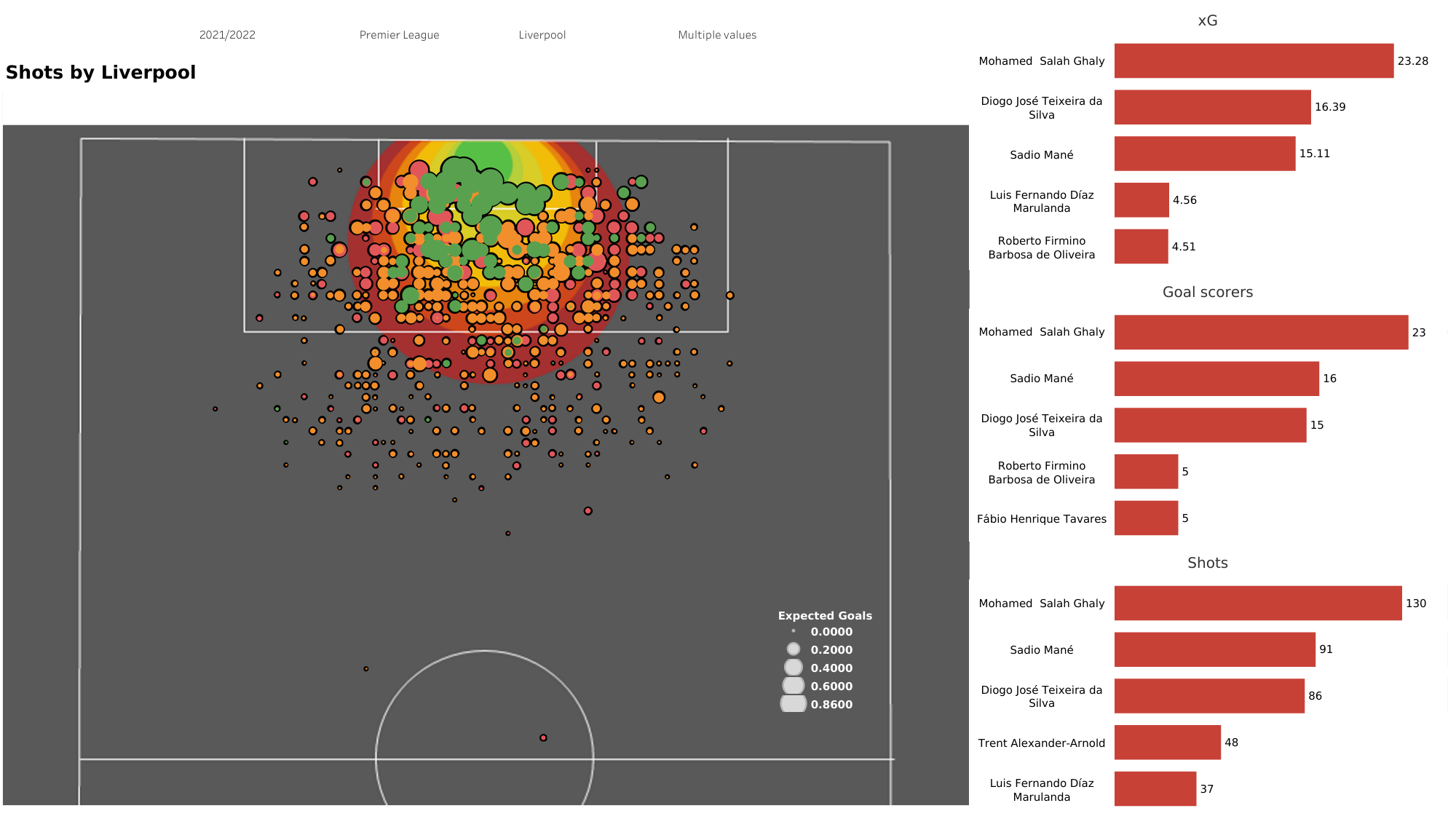 Mohamed Salah, Sadio Mane and Diogo Jota netted a combined 54 goals for the team. But the Senegalese left for Bayern Munich and has been replaced by the Uruguayan hitman, Darwin Nunez. Barring Salah, Mane and Jota, no other Reds player exceeded five for the season. However, one can expect Luis Diaz to reach double figures in his first full Premier League season, having arrived from Portuguese giants FC Porto in January 2022.

Liverpool will look to hit the ground running as they attempt to win their fifth consecutive opening league fixture of the season and reclaim the Premier League crown from Manchester City. Fulham, meanwhile, are the underdogs for this game, but Jurgen Klopp’s team should watch out for Aleksandar Mitrovic and not give him too much space.

The post Fulham vs Liverpool Preview: 3 things to look out for according to the stats appeared first on Football analysis, news, betting and opinion from Liverpool.