Manchester City dropped points for the first time in the UEFA Champions League 2022/23 after a goalless draw against FC Copenhagen. The English champions were reduced to ten men after Sergio Gomez was sent off at the 30th-minute mark. The Danish side performed well to stop Pep’s men from scoring a goal.

Which FC Copenhagen player made the most recoveries? How many positional attacks were created by Manchester City? 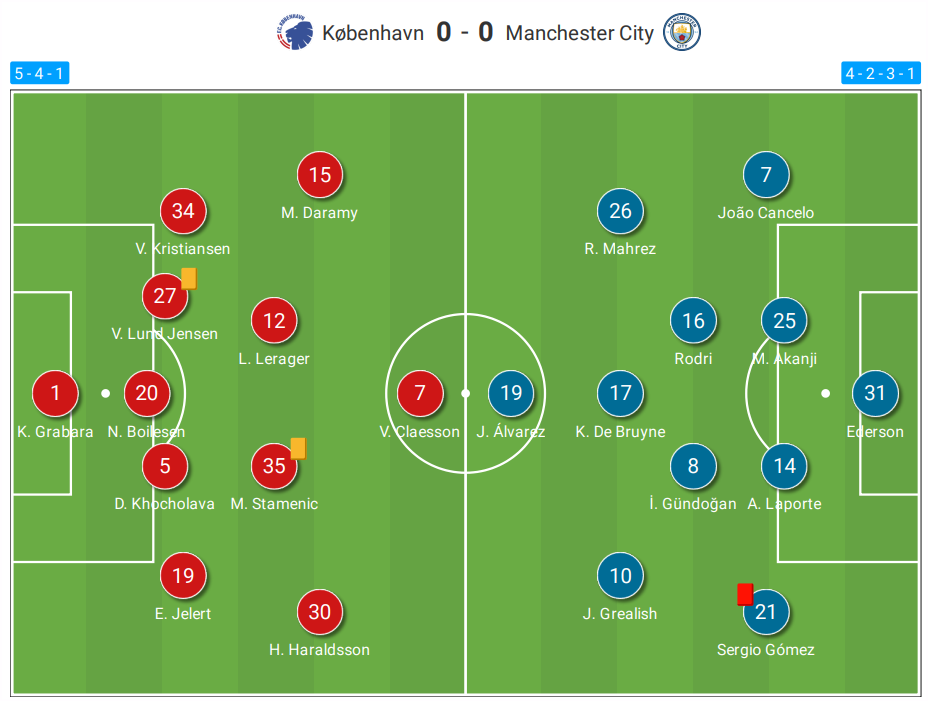