Everton have struggled for wins in their recent games. While there was optimism among the fans when Lampard was appointed, the Goodison faithful have since faced a grim reminder. An inconsistent run of form has seen them drop positions in the Premier League. As a result, they are placed in at 17th spot with six wins, four draws, and 16 losses in 26 matches. The Toffees are just above the relegation zone on goal difference. Frank Lampard’s men would need to pick up back-to-back wins if they are to distance themselves from the relegation zone. However, Everton do have games in hand over Watford, Burnley, and Norwich City, and those games could prove to be the difference in the battle for survival. The Toffees head into the match against Newcastle with eight defeats in their last nine league matches. Tom Davies, Fabian Delph, and Yerry Mina are still sidelined, while Dominic Calvert-Lewin is doubtful to appear as he missed the 0-1 defeat to Wolves through illness. 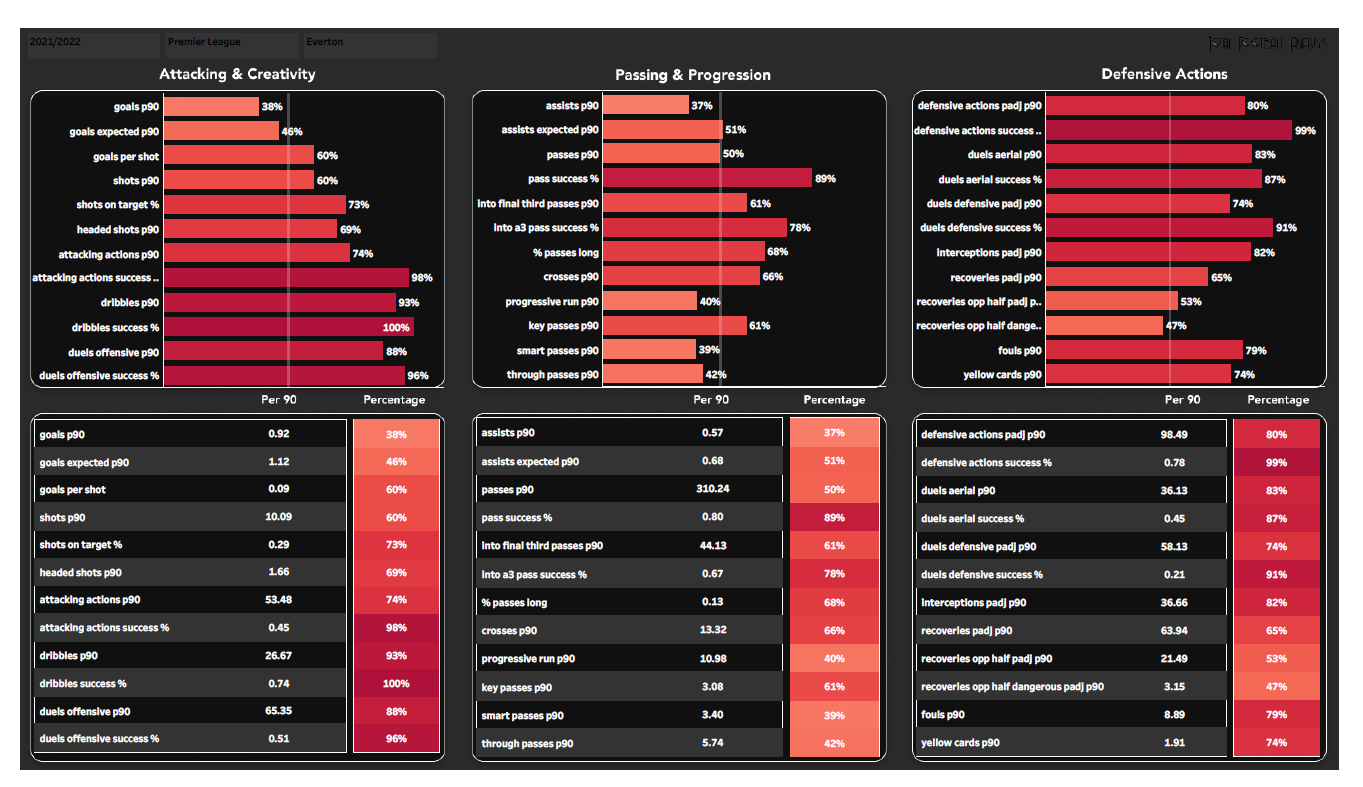 Everton have won the eighth-highest aerial duels so far in the league. They average 37.76 aerial duels per 90.

Newcastle’s momentum was dealt a blow in their recent match. They lost 0-1 to Chelsea, with Kai Havertz scoring a late goal in the 89th minute to rescue three points for his side. The Magpies have enjoyed an impressive run since making multiple additions to their squad in January. Before the defeat against Chelsea, Newcastle were unbeaten in nine back-to-back league matches. Their revival since the turn of the year has seen them move out of the relegation zone. The Magpies are placed at the 14th spot in the league with seven wins, 10 draws, and 11 losses in 28 matches. They have managed to achieve a nine-point gap over the relegation zone. Kieran Trippier, Jamal Lewis, Isaac Hayden, and Callum Wilson are unavailable for the upcoming match, while Federico Fernandez could be in contention to appear. 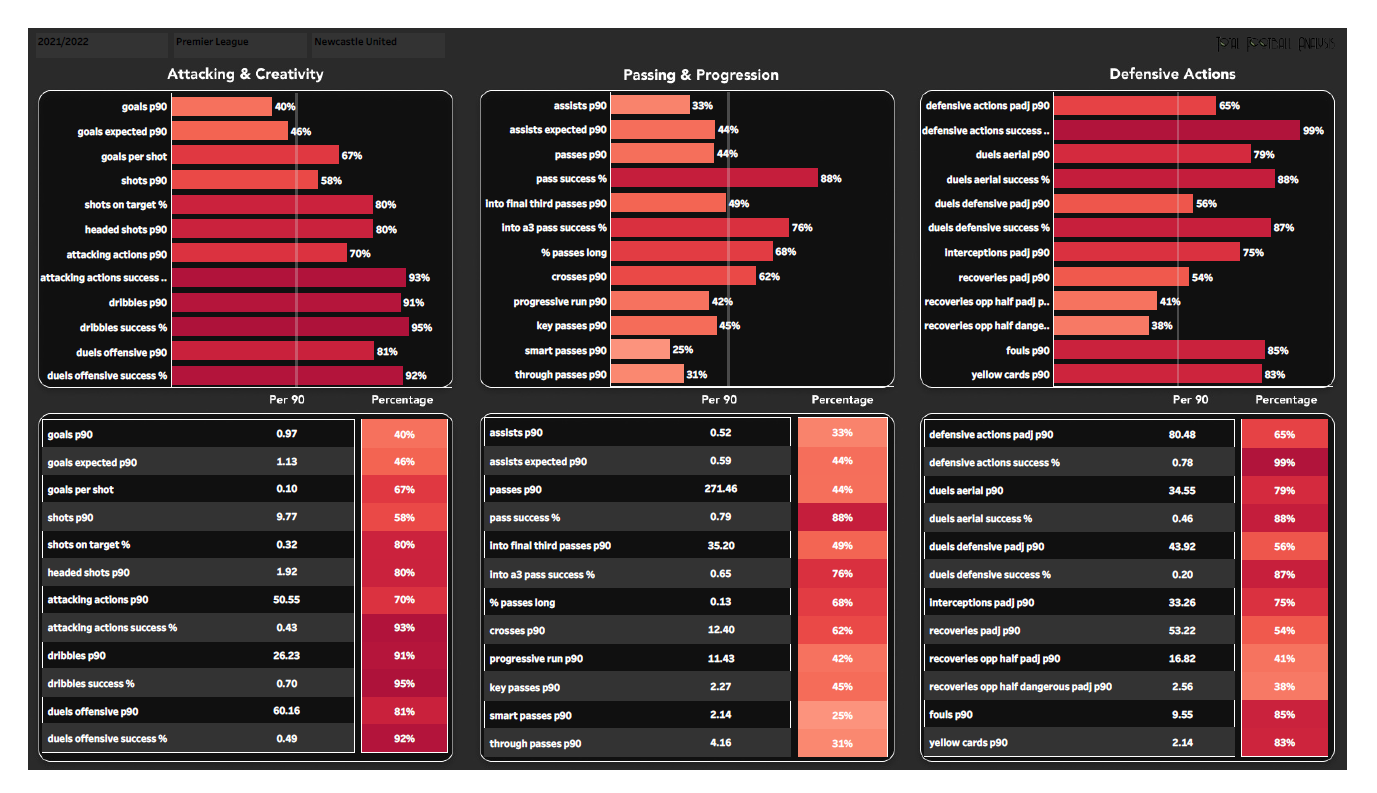 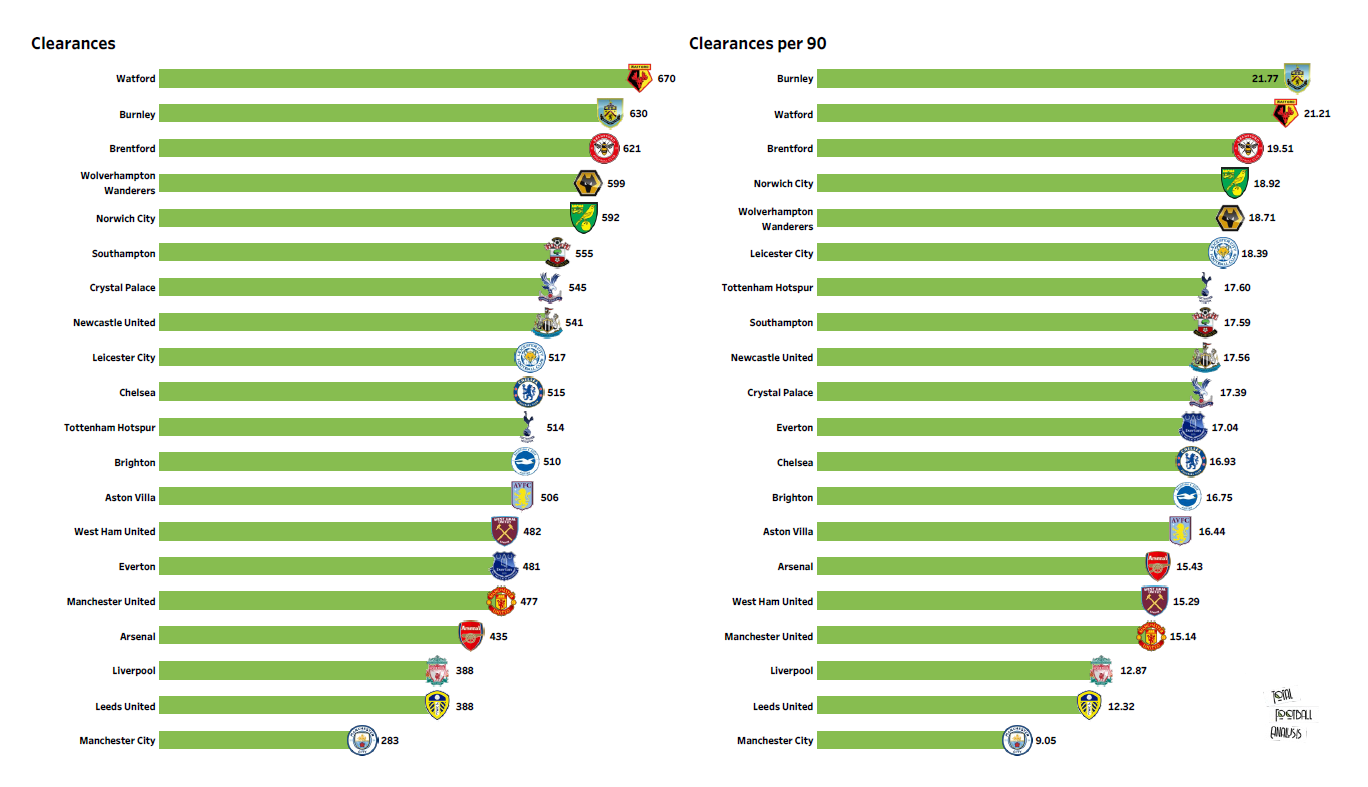 Newcastle have made the eighth-highest clearances in the league. They average more than 17 clearances per match.

The post Everton vs Newcastle Preview: Attacking and creativity, defensive actions and more – what do the stats say? appeared first on Football analysis, news, betting and opinion from Everton.