Manchester United returned to winning ways after a comeback 2-1 victory over Everton in the English Premier League. In the early minutes of the match, Alex Iwobi gave the lead to the home team. Antony scored his third goal in his third consecutive league game and became the first player to achieve this accomplishment. Cristiano Ronaldo came off the bench to score his first league goal of the season and handed his side their fifth victory of the season.

What were the attacking zones for Everton? Which Manchester United player won the most aerial duels? 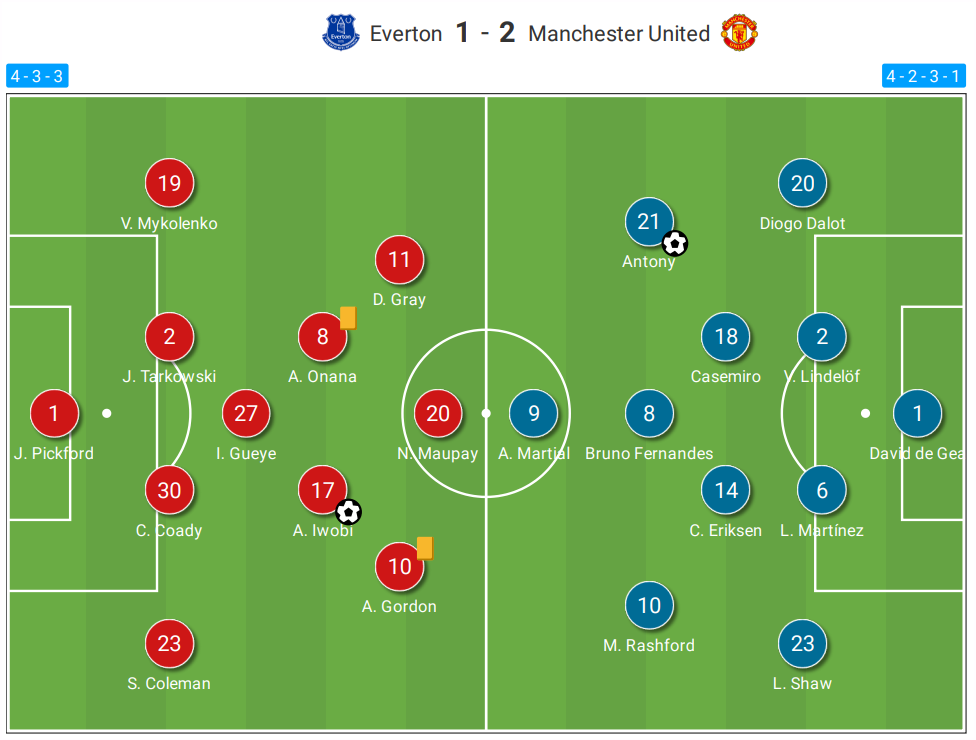