Andriy Yarmolenko scored an emotional goal for West Ham as the Hammers secured a 2-1 win against Aston Villa at the London Stadium in the Premier League.

What do the xT creation zones indicate? Which player generated the highest overall xT? 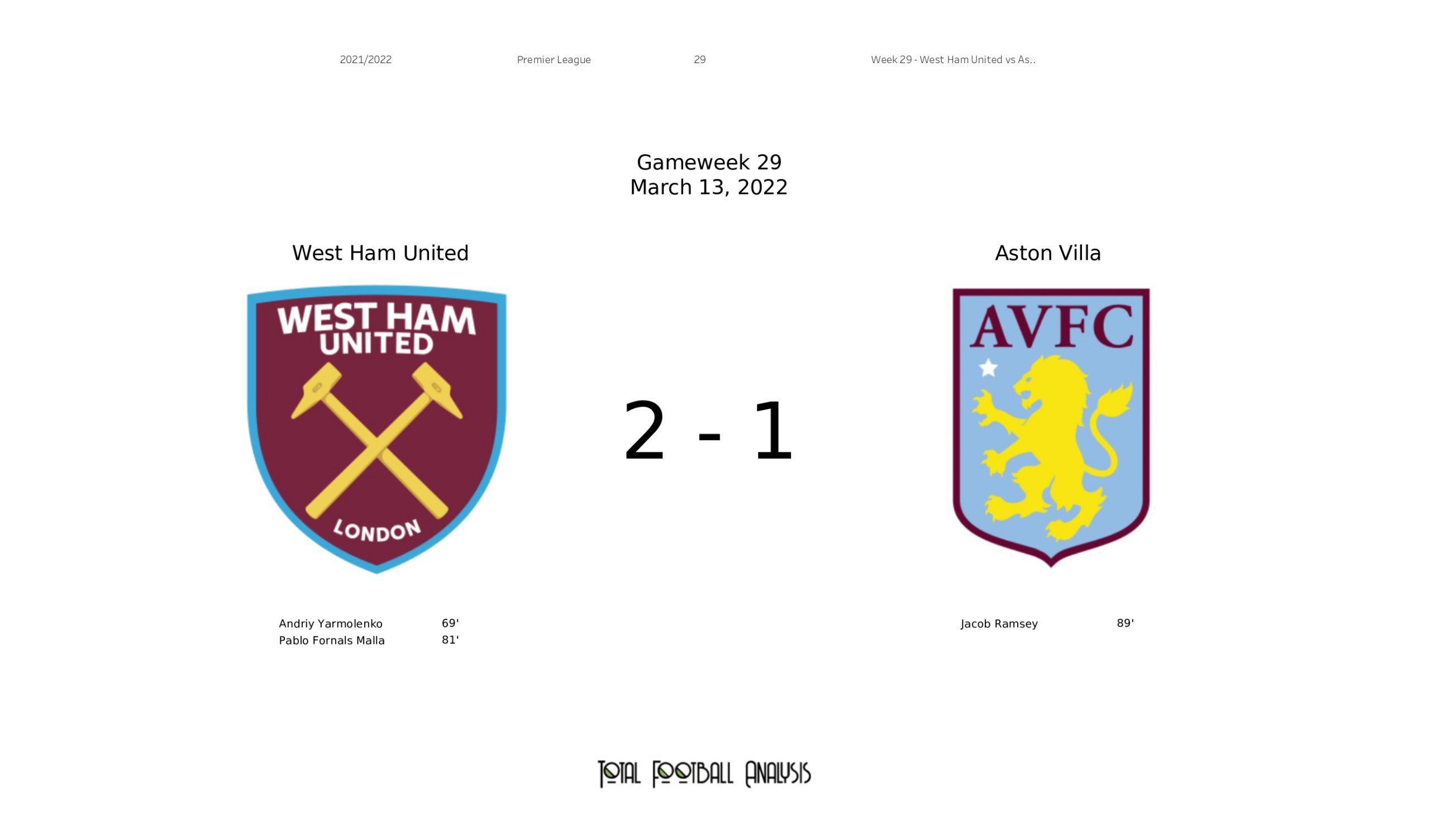