1st of May 2022 saw West Ham United lose 1-2 to Arsenal at the London Stadium in the Premier League. Jarrod Bowen scored for the Hammers, but it was not enough as goals from Rob Holding and Gabriel Magalhaes won the game for the Gunners.

How many passes into the final third did West Ham complete? Which Arsenal player took the most shots? 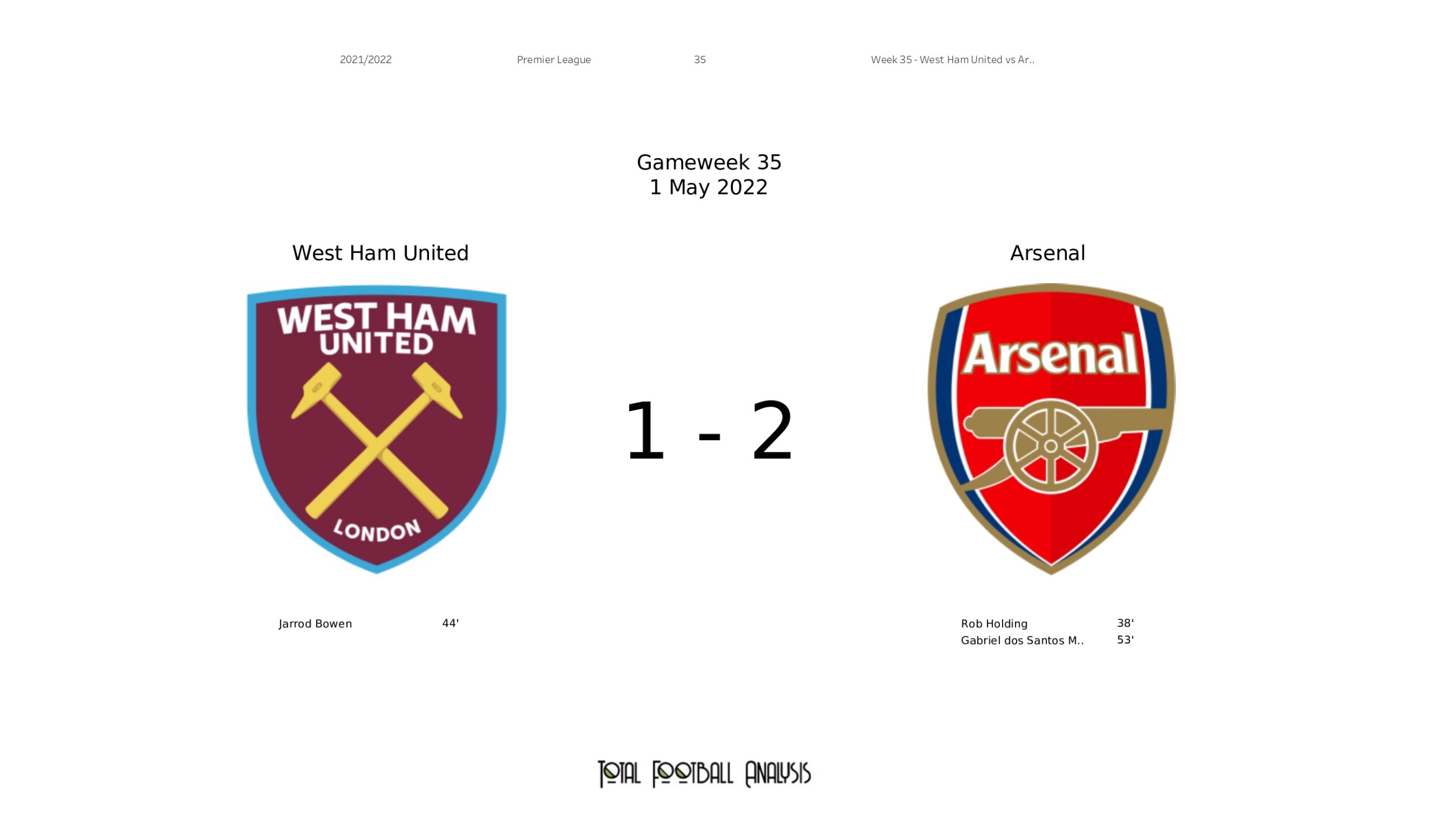