Arsenal’s perfect start to the season continues after Mikel Arteta’s men earned a comfortable 3-0 victory over Bournemouth in the English Premier League. This win takes the Gunners to the top of the league table. The Gunners lost their first three matches of the last season, but this season, they have done the complete opposite. Bournemouth, on the other hand, suffered back-to-back defeats after their victory over Aston Villa.

Which Bournemouth player contested the most duels? What was Arsenal’s passing accuracy in the match? 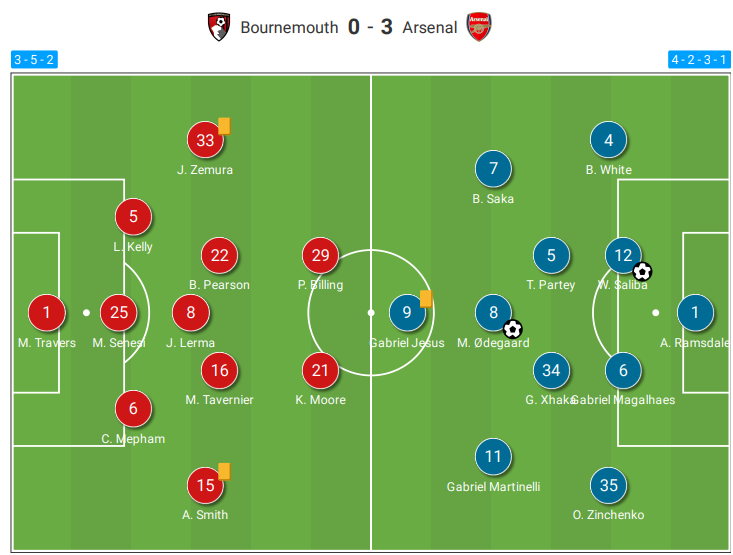