Leicester City move into the top half of the English Premier League table after a thumping 3-0 victory over relegated Norwich City side. Jamie Vardy scored a brace, and James Maddison secured the win with a goal in the second half.

How many shots were attempted by Leicester City from inside the opposition’s penalty box? What were the xT creation zones for Norwich City? 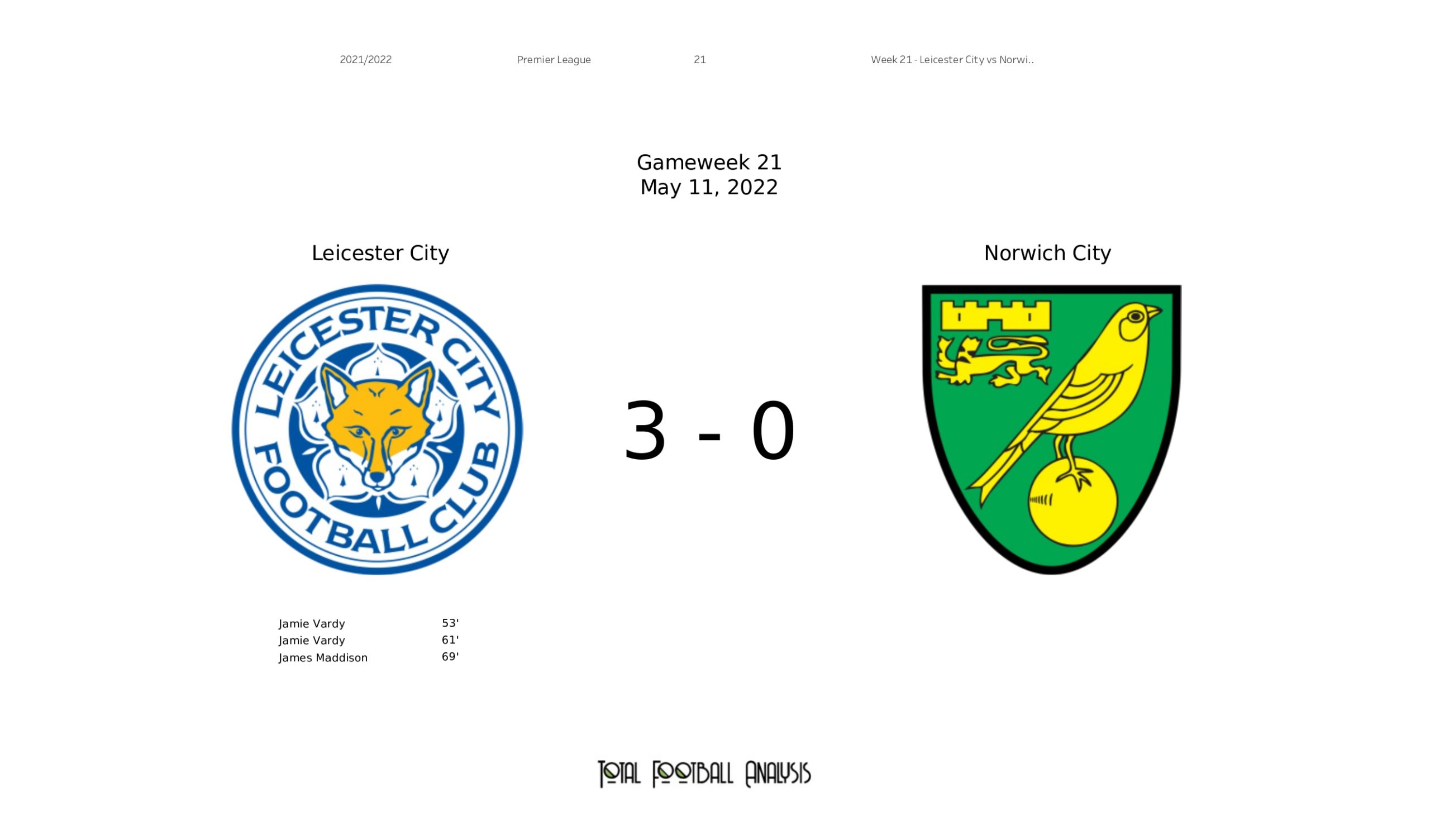