Leicester City have lost back-to-back games after going down 1-2 at home against Everton in the English Premier League. Vitaliy Mykolenko gave an early lead to the visitors. Patson Daka equalled the scoring after five minutes. Mason Holgate scored the winner around the 30-minute mark. Everton have now moved out of the relegation zone after winning two games in a row.

Who attempted the most shots for Leicester City? How many dribbles were attempted by Everton? 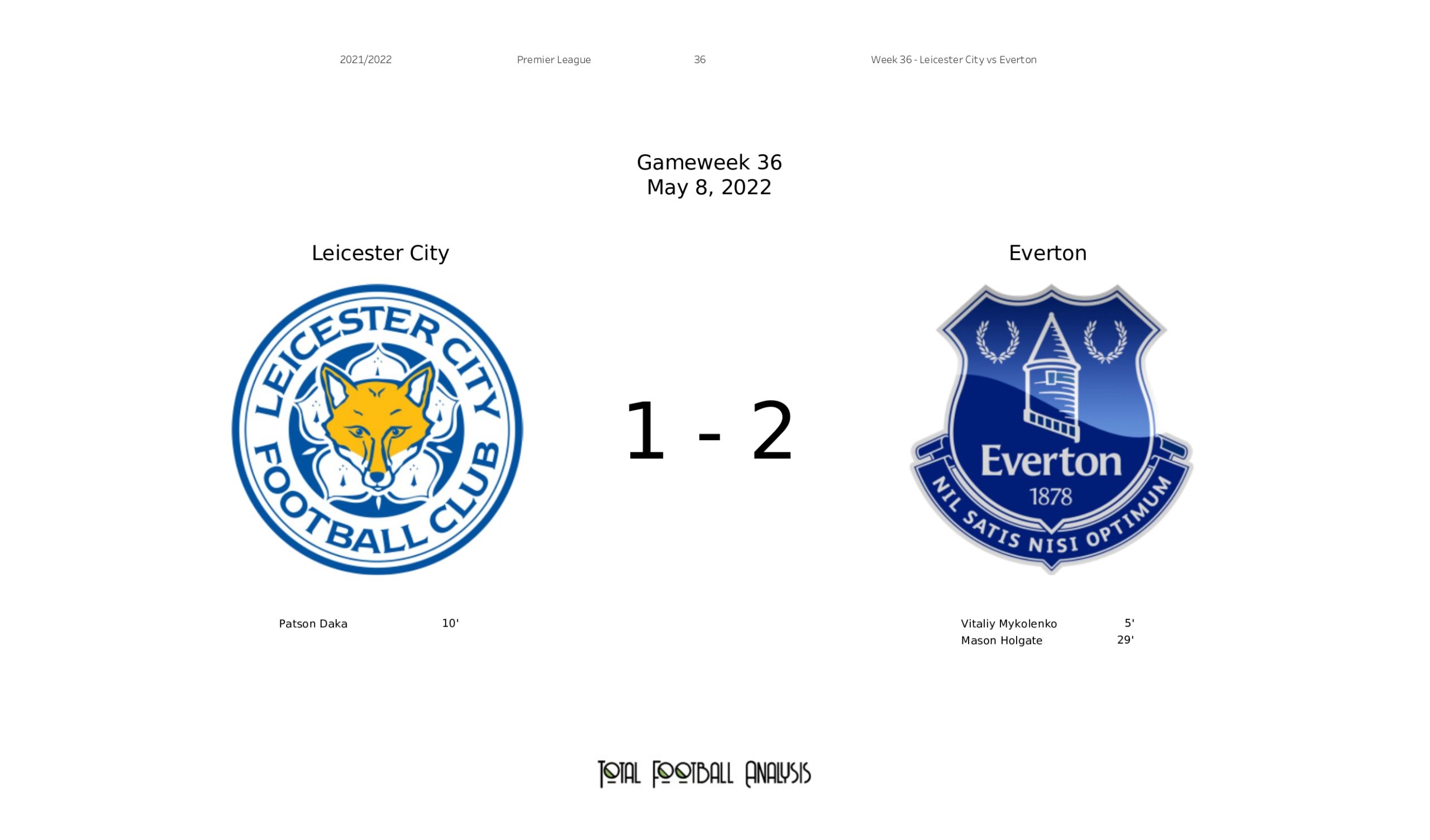