Liverpool won their last game of the Premier League season 3-1 against Wolverhampton Wanderers at Anfield. However, this win was ultimately not enough for the Reds to win their second league title in three years as Manchester City won their match against Aston Villa to seal the Cityzens’ second consecutive league triumph. Pedro Neto put the Wolves ahead in the third minute before Mane, Salah and Robertson scored for Liverpool.

How many passes into the penalty area did Liverpool make? How many interceptions were completed by Wolves? 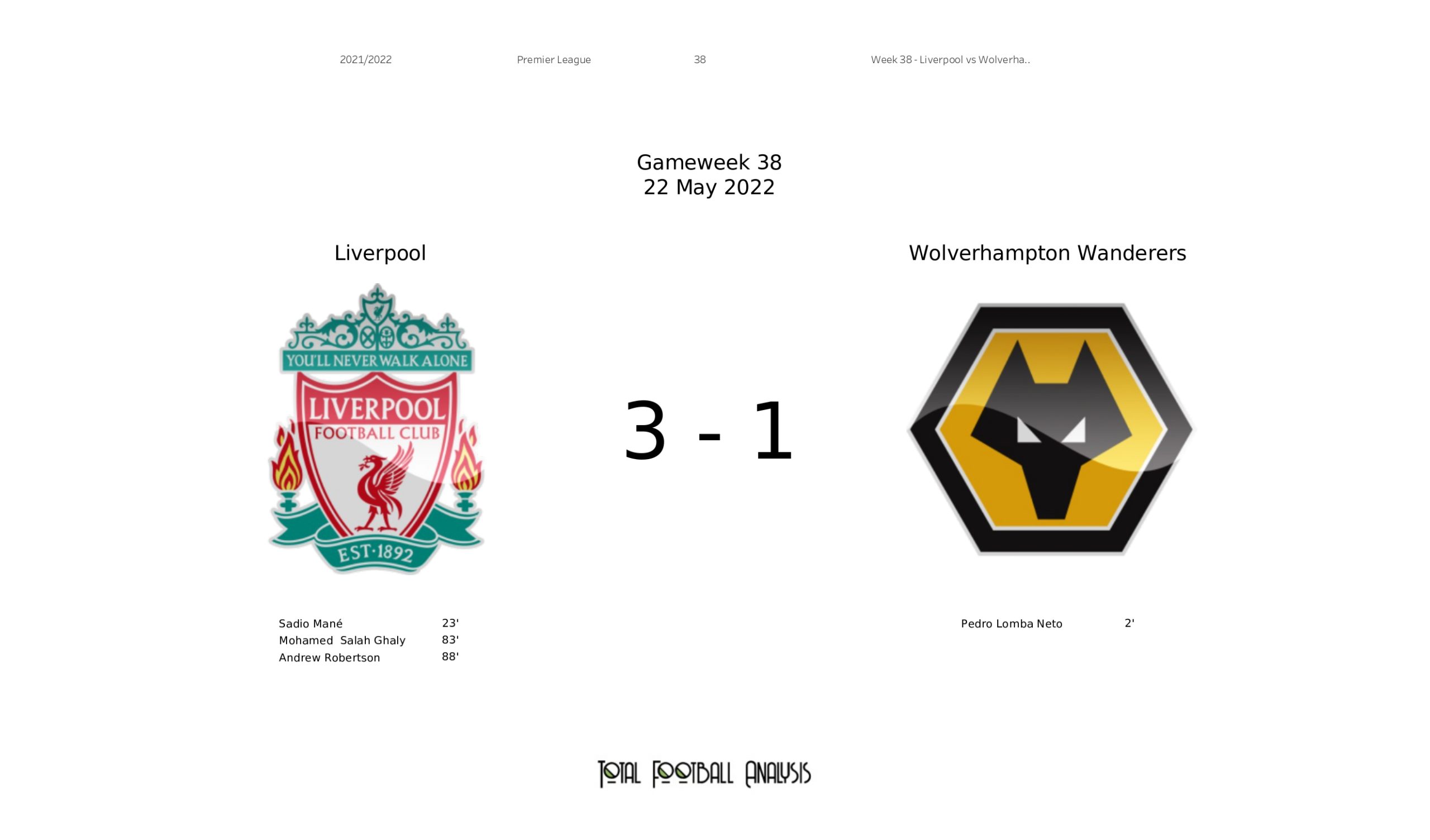