Liverpool could not get the start they would have hoped for in the 2022-23 Premier League season as they could only muster a 2-2 draw at Craven Cottage against newly promoted Fulham. The Serbian hitman, Aleksandar Mitrović, scored twice for the Cottagers, and the goalscorers for the Reds were Darwin Núñez and Mohamed Salah.

How many positional attacks for Fulham came down from the flanks? How much possession did Liverpool have? 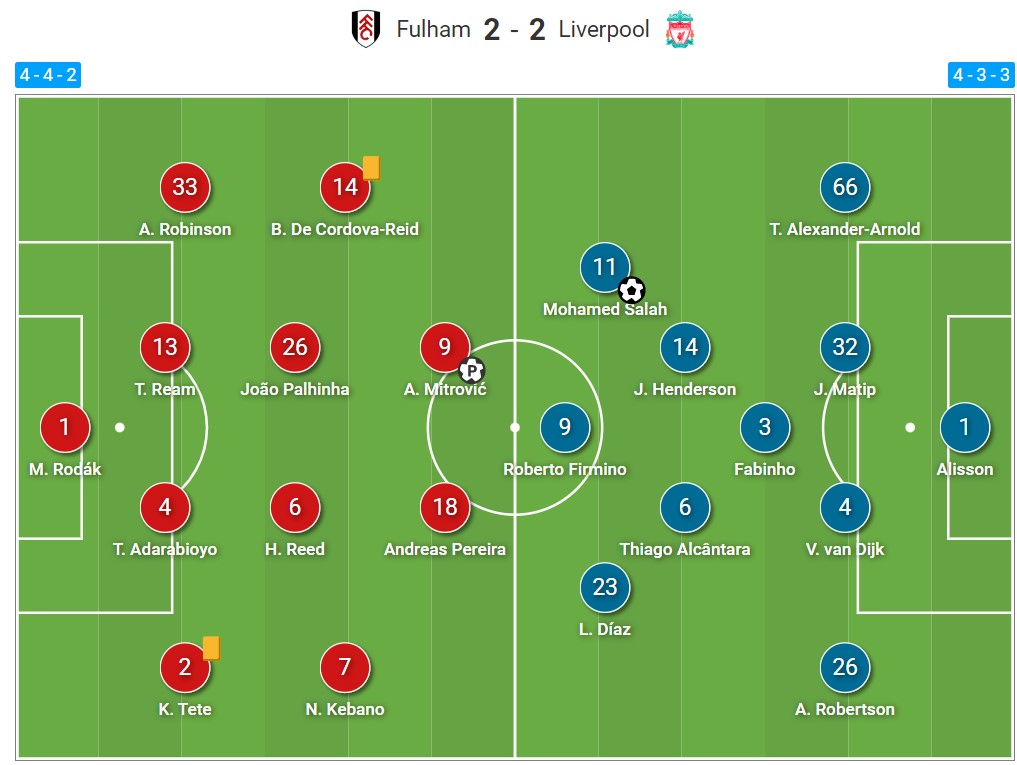