Arsenal’s hopes of qualifying for the UEFA Champions League were shattered after they were defeated 0-2 by Newcastle United in the English Premier League. The Gunners conceded two goals in the second half, and this leaves them two points behind rivals, Tottenham Hotspur, in the league table.

How many shots were attempted by Newcastle United? What were the xT creation zones for Arsenal? 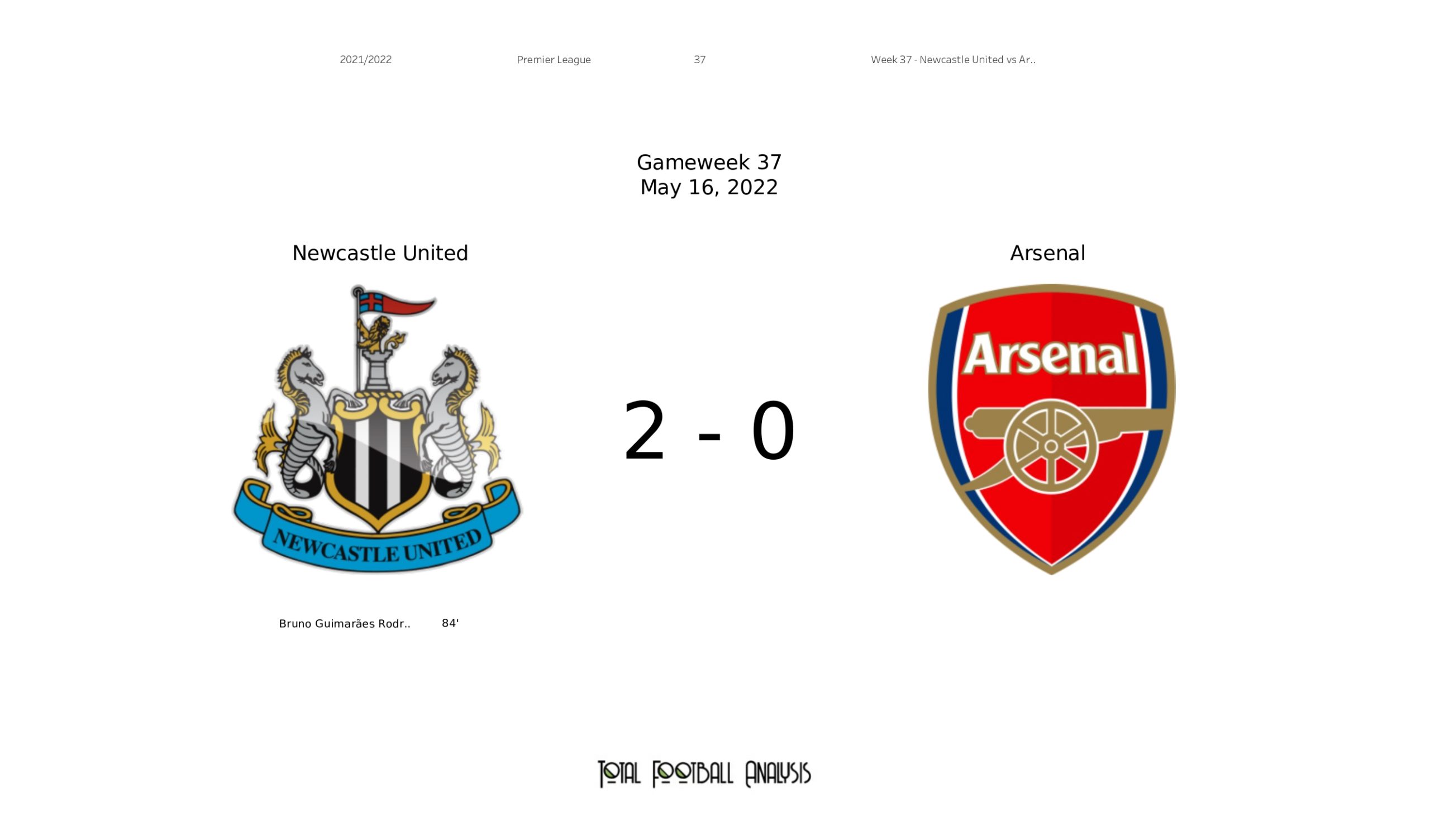