Brentford came from a goal behind and secured a shocking 4-1 win over Chelsea at Stamford Bridge in the English Premier League. The Bees gave an impressive performance against the defending European champions and are now 11 points clear of the relegation zone.

What were the xT creation zones for Chelsea? How many shots were attempted by Brentford in the second half? 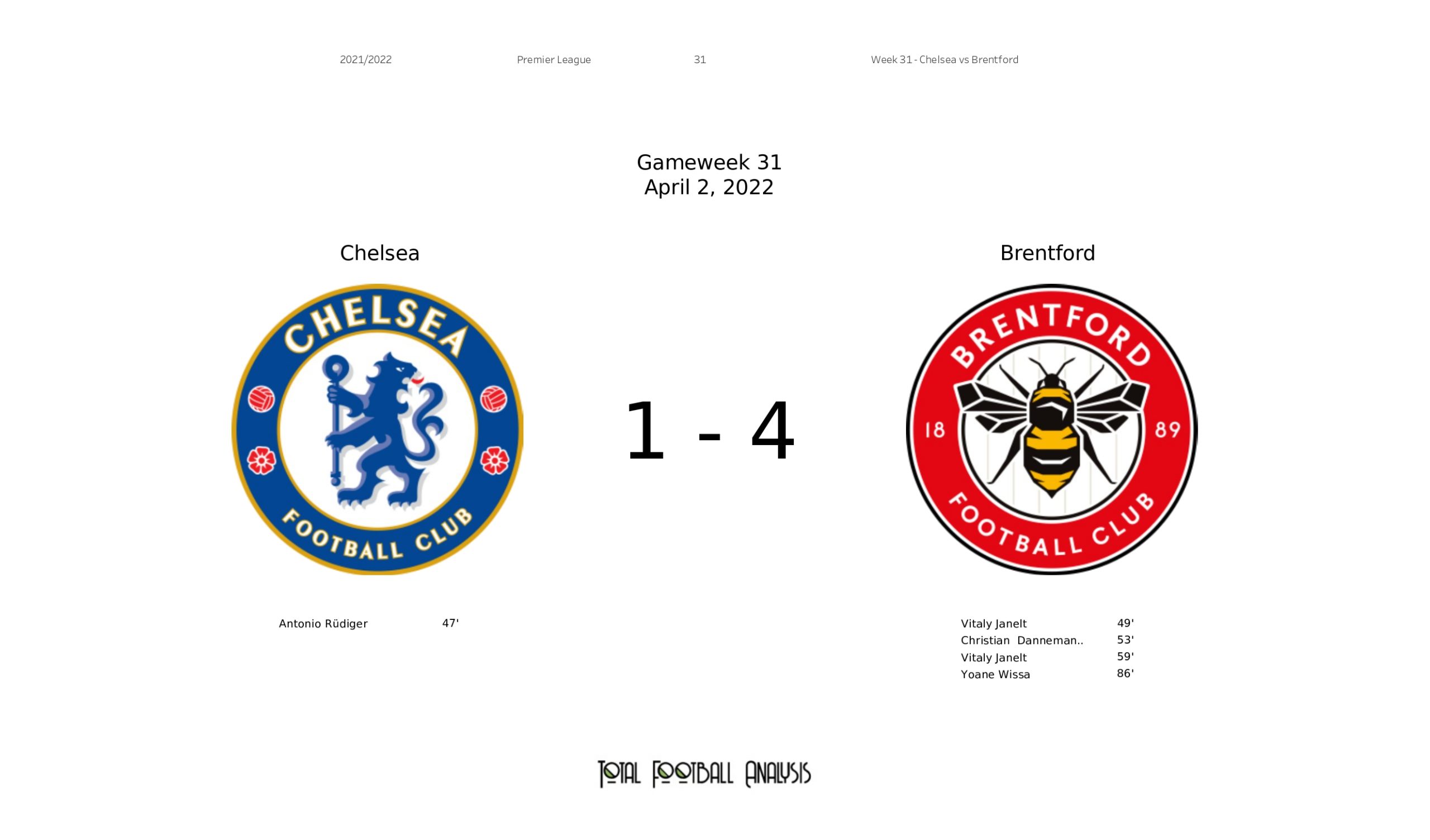