Chelsea returned to winning ways after a 2-1 victory over Leicester City in the English Premier League. The Blues were reduced to ten men in the 28th minute after Conor Gallagher was sent off for two bookings in the first half. Raheem Sterling opened his Chelsea account and scored both goals for his team. The Blues have now won two games this season and have collected one point each from the other two games. Leicester City, on the other hand, have dropped to the bottom of the league table with three losses in their last three games.

What were the positional attacking zones for Chelsea? How many shots were attempted from inside the penalty box by Leicester City? 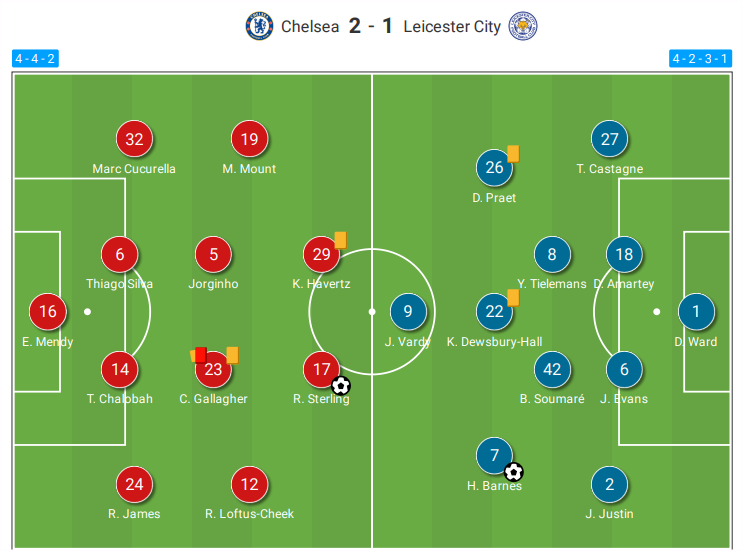