Leicester City earned back-to-back wins after a dominant 5-1 victory over relegated Watford in the English Premier League. Joao Pedro gave an early lead to the home side but lost the lead within the next 15-minutes. They conceded two goals in the first half and three in the second.

How many shots were attempted by Watford? Who won the highest number of aerial duels for Leicester City? 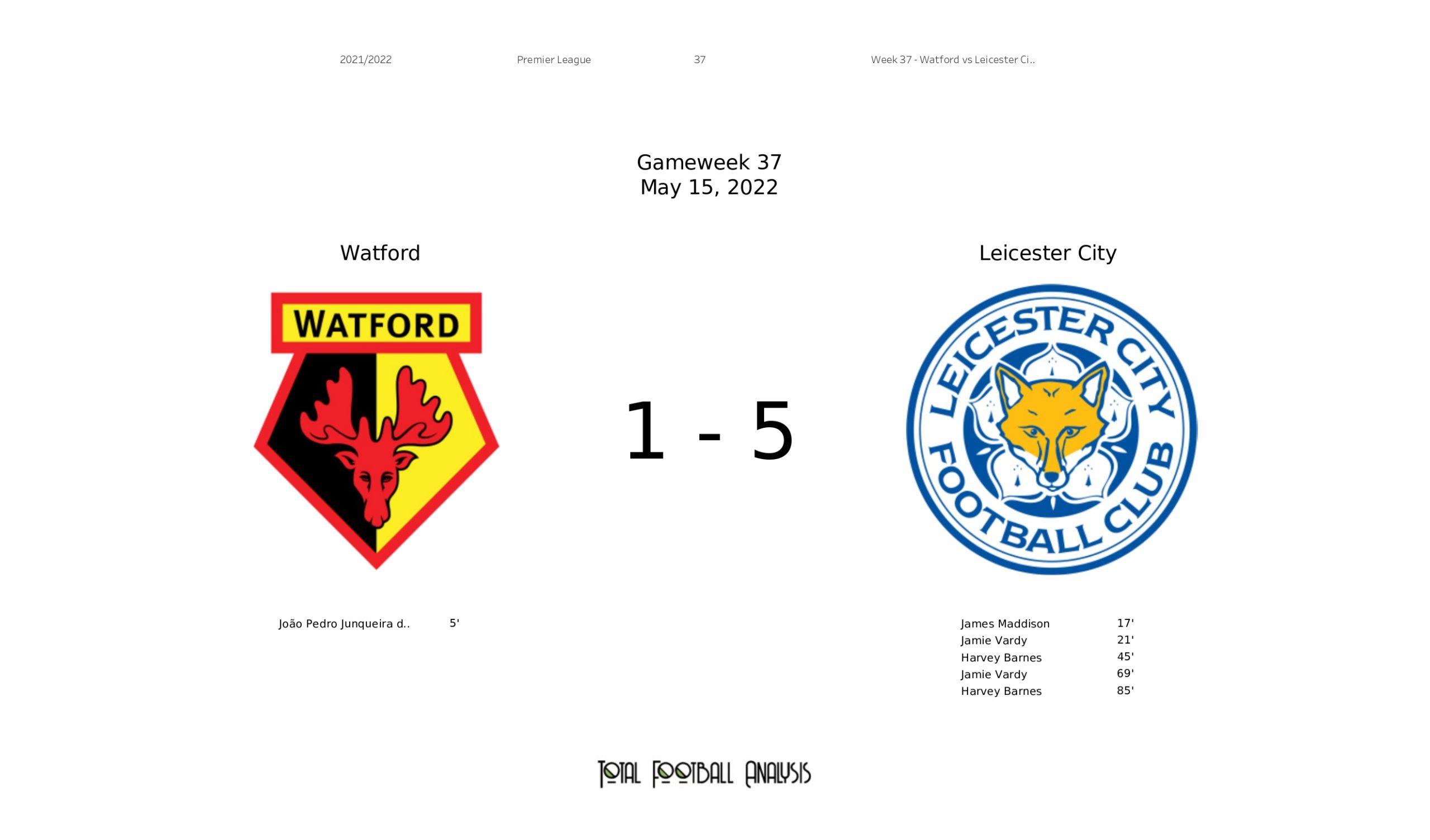