The English Premier League 2022–23 season’s first Merseyside derby between Everton and Liverpool ended in a goalless draw. This was a crucial point for Everton, who are struggling for points, and for Liverpool, they dropped points against an out-of-form rival. Liverpool have now remained unbeaten in the last three matches, while Everton have drawn their previous four matches.

Which Everton player won the most number of aerial duels? How many recoveries were made in the middle third by Liverpool? 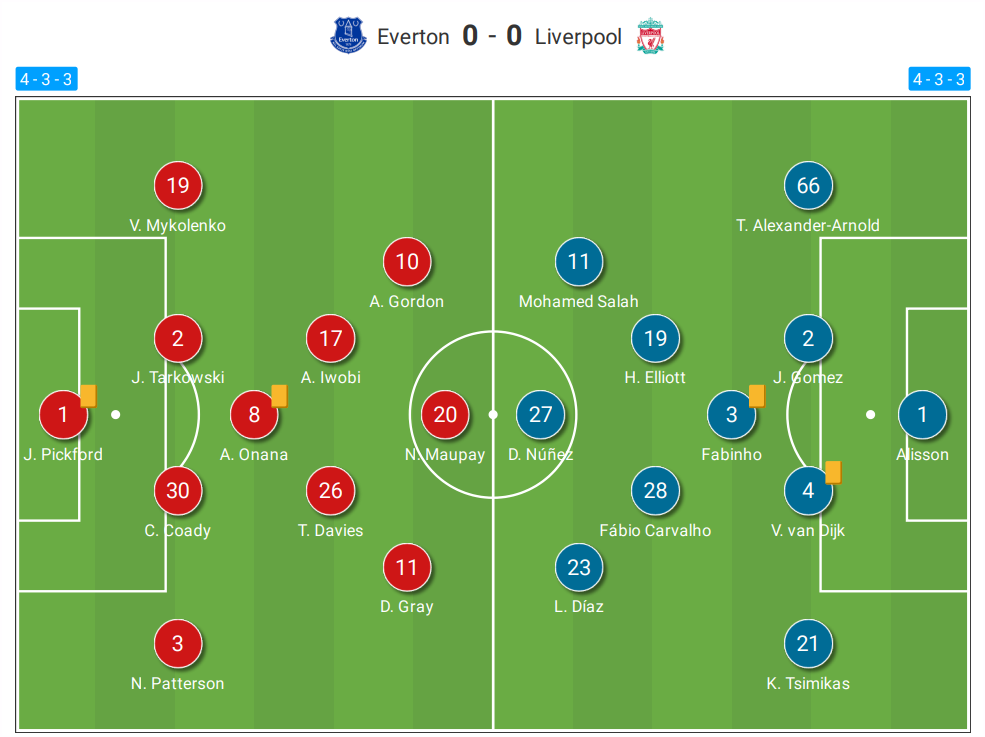