West Ham United lost their first game of the 2022-23 Premier League season at home by 0-2 against Pep Guardiola’s Manchester City. Premier League debutant, Erling Haaland scored both the goals (one in the first half and the other in the second).

What was West Ham’s xG? How much possession did Manchester City have? 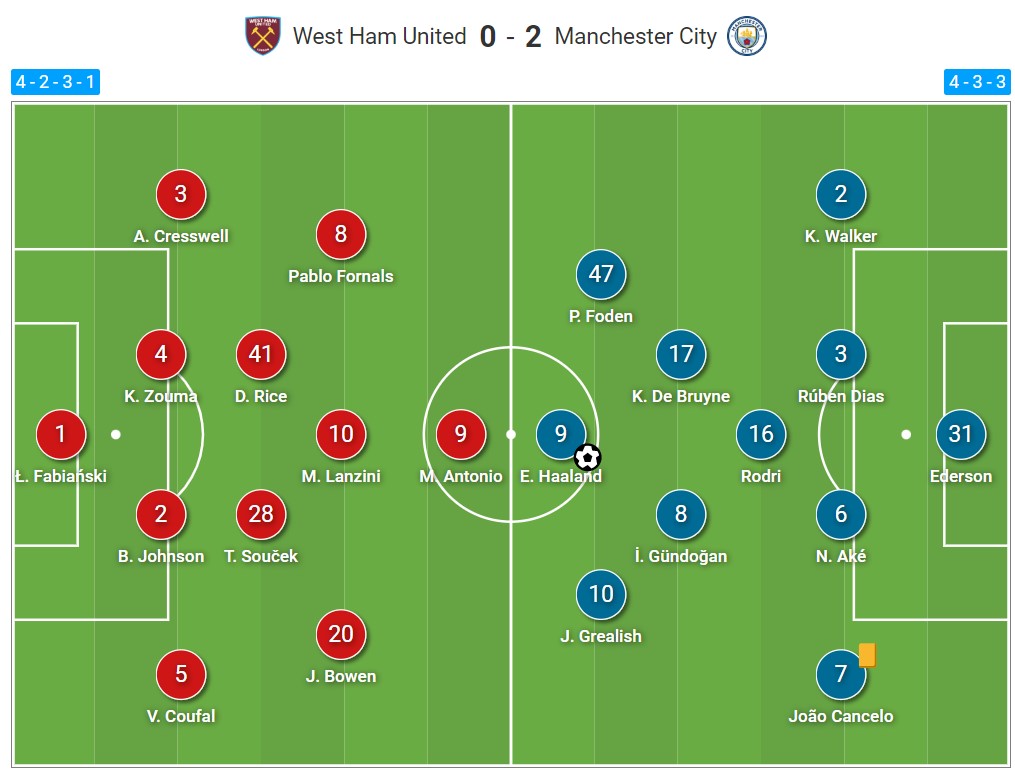