Chelsea won their third consecutive game in the English Premier League after completing a 4-0 victory over Burnley. The Blues scored all the goals in the second half and remain third in the league table.

How many positional attacks were created by Burnley? Who attempted the most shots for Chelsea? 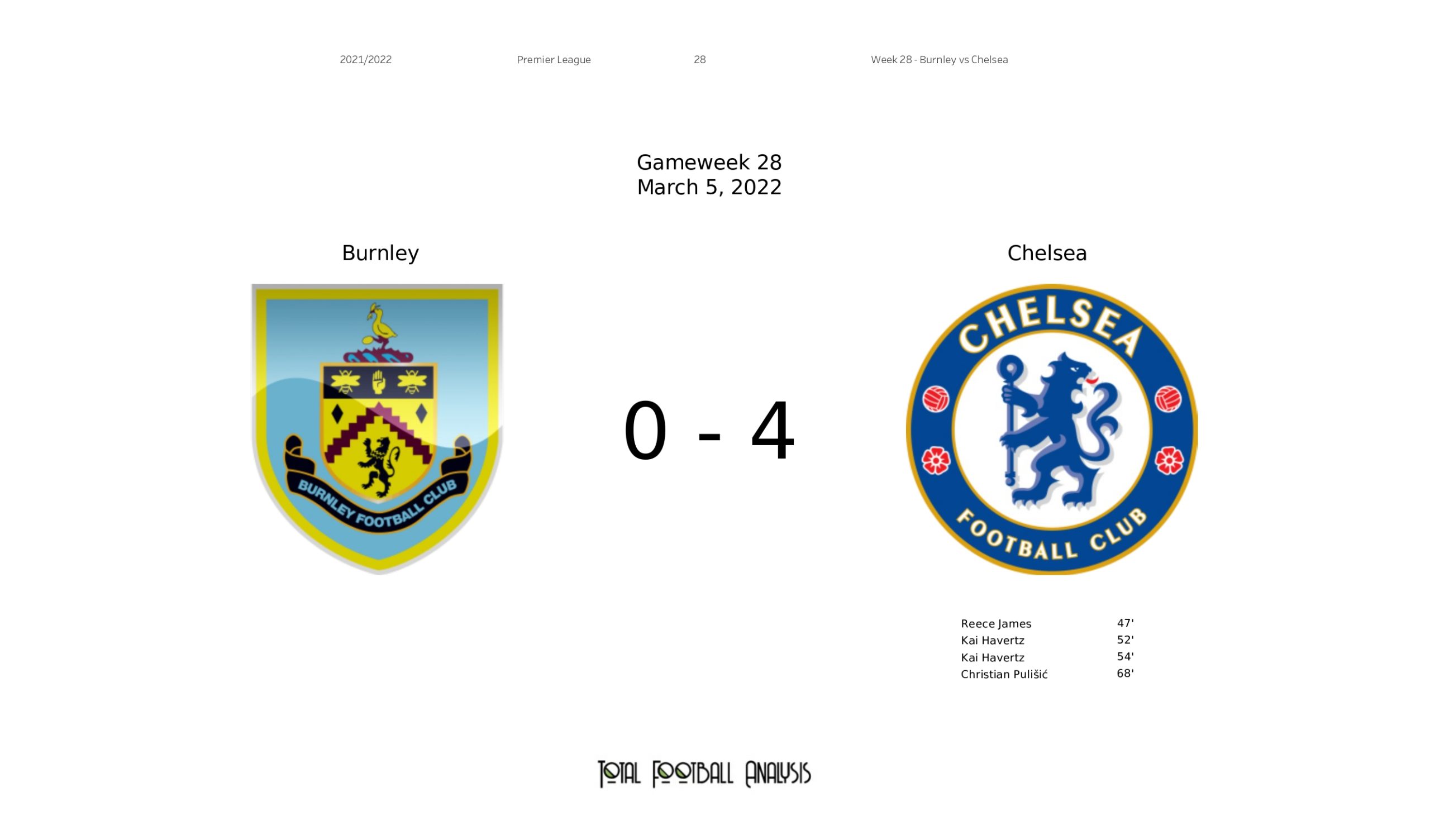