West Ham United came from behind to draw 1-1 with Burnley at London Stadium in the Premier League.

How many crosses did West Ham successfully deliver into the Burnley box? What were the passing zones for both teams? 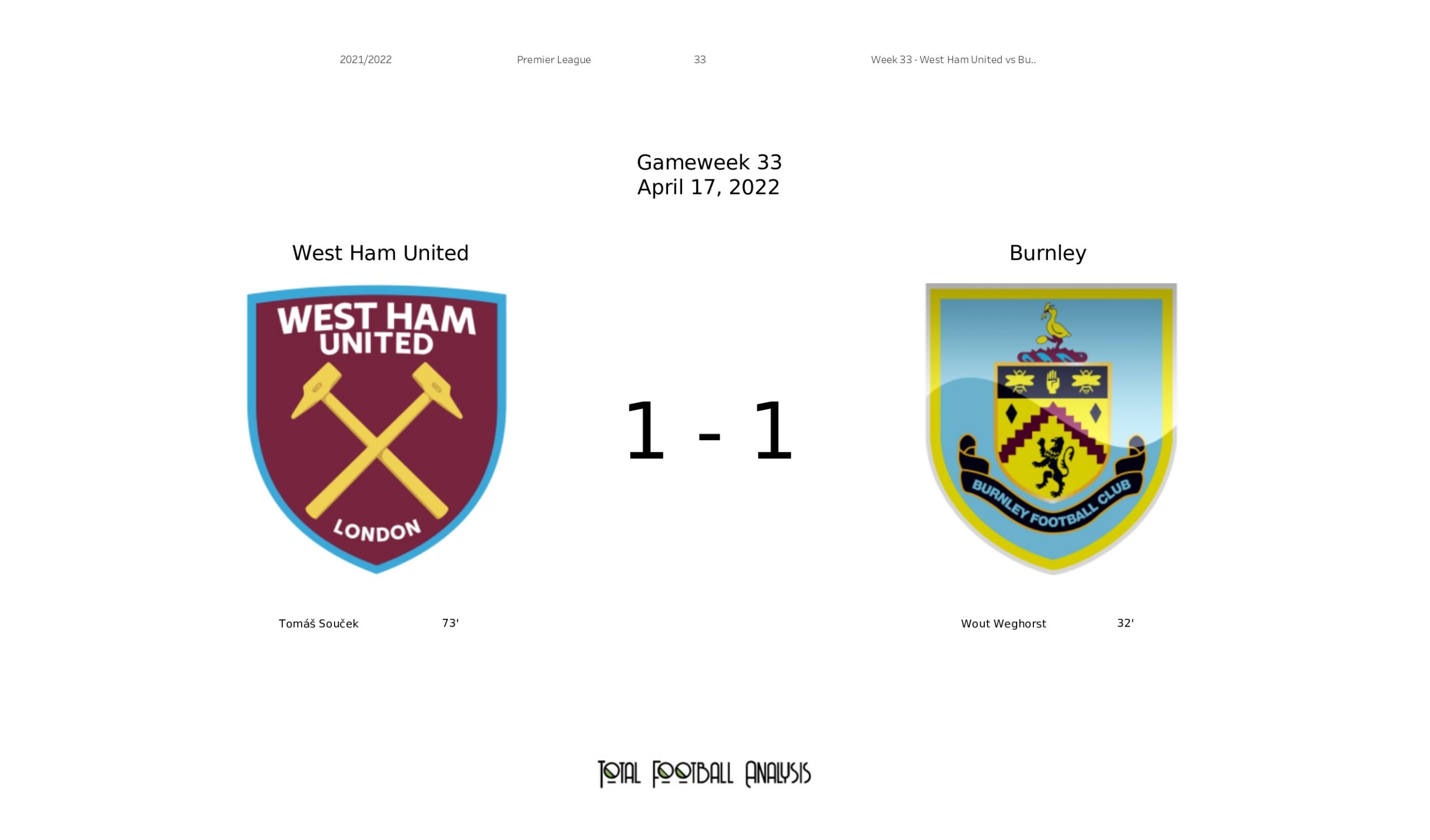