Manchester City ran riot against struggling Manchester United to maintain their position at the top of the Premier League table. Kevin de Bruyne and Riyad Mahrez scored braces to give Manchester City bragging rights in the derby.

How many offensive duels did City win against the United defenders? Which player attempted the most number of shots on target? 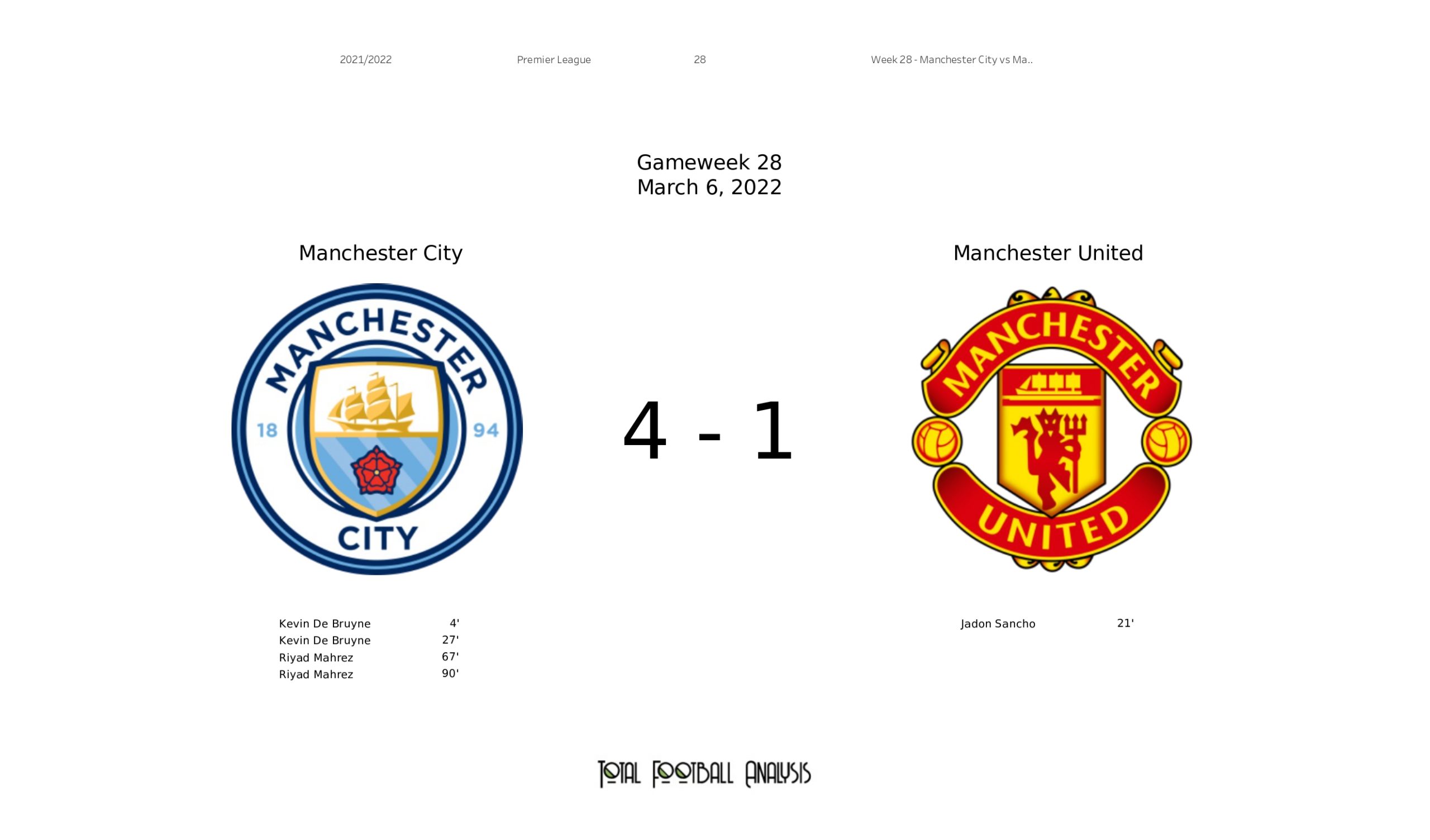