Liverpool ended West Ham United’s four-game unbeaten run and dent their hopes of a top-four finish in the Premier League.

What were the attacking zones for both teams? How did the West Ham defenders perform against Liverpool? 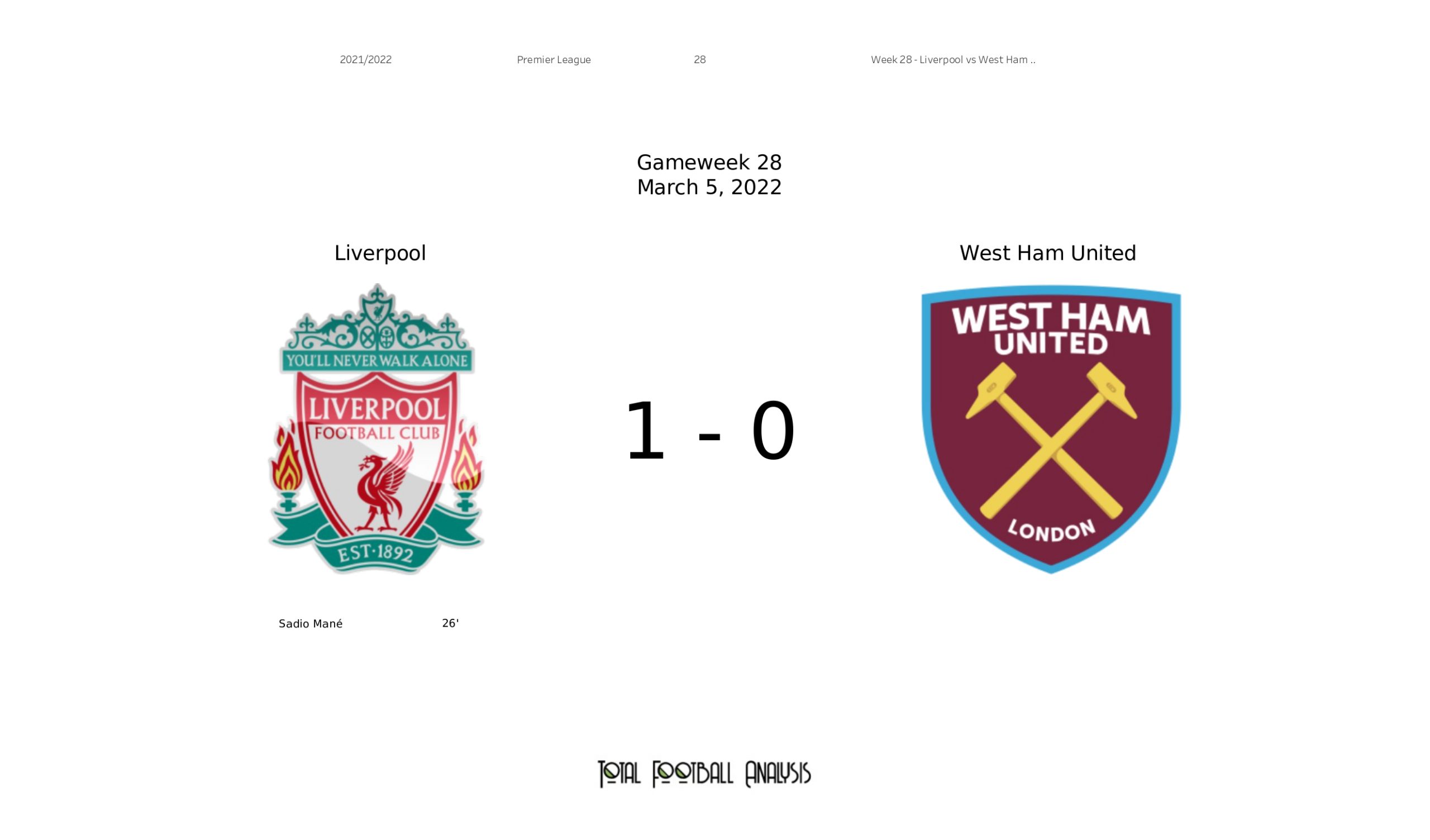