Manchester United extended their winning streak to two games after a 1-0 win against Southampton in the English Premier League. Bruno Fernandes’ goal in the second half came to the rescue of Erik ten Hag’s side. Southampton lost for the second time this season and are now averaging one point per game.

Which Manchester United player made the most recoveries? How many shots did Southampton attempt from inside the penalty box? 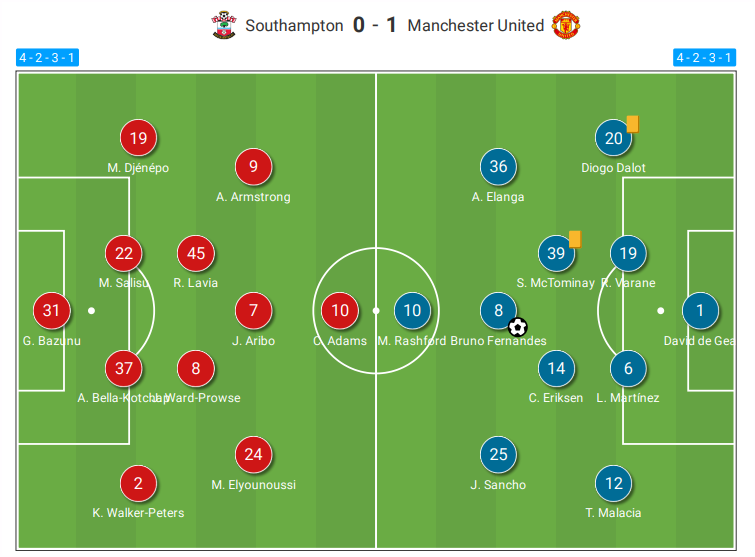