Cristiano Ronaldo scored a hat-trick to secure a 3-2 victory for Manchester United over Norwich City in the English Premier League. The Portuguese international scored his second hat-trick since returning to Old Trafford at the start of the season. 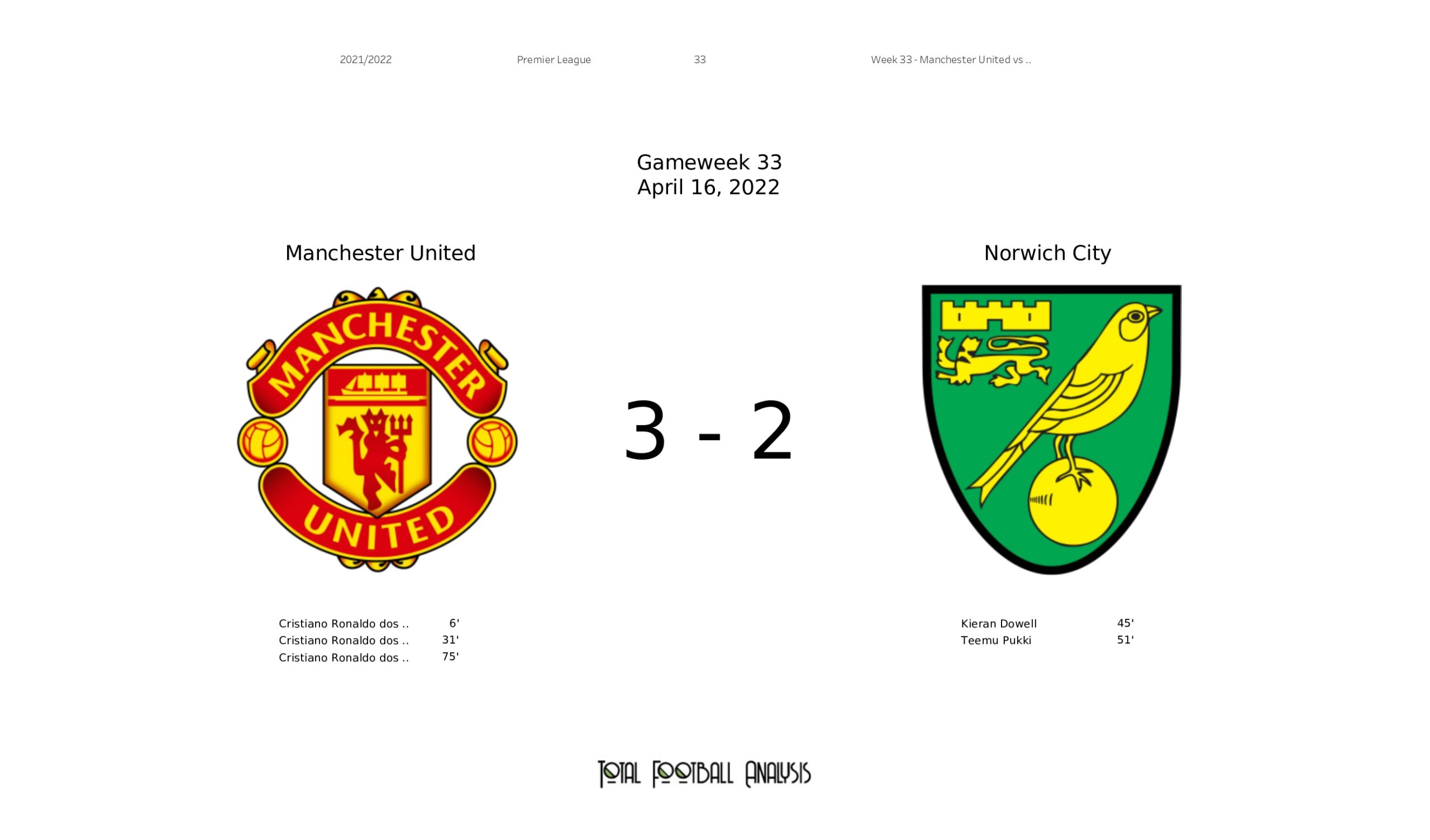