West Ham United‘s poor away form continues as the Hammers were beaten by Brentford in the Premier League on Sunday.

Why did West Ham struggle to generate any xG in the game? Which players won most aerial duels for both teams? 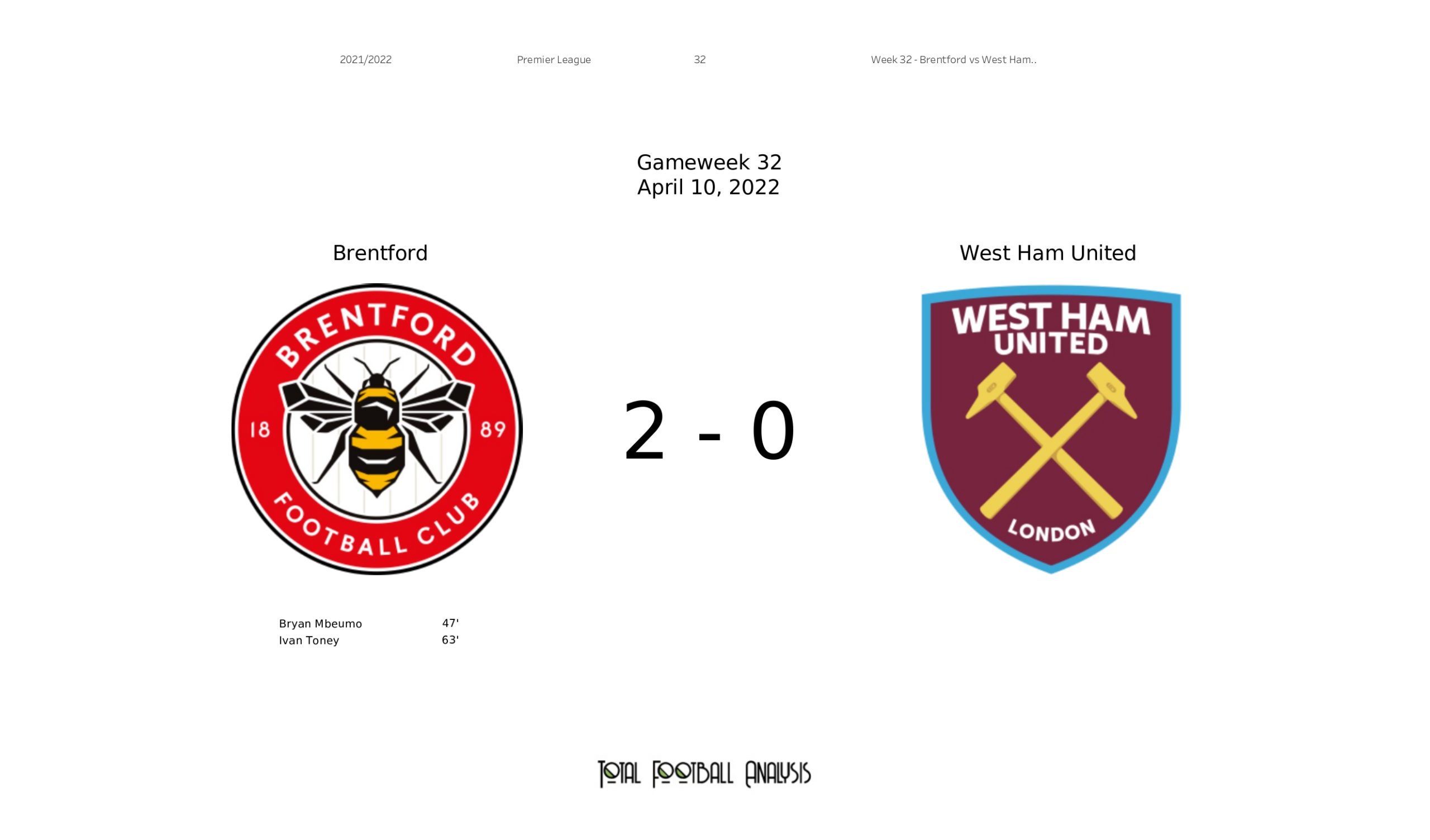