Manchester City won the 2021-22 Premier League title in dramatic fashion having secured a 3-2 victory against Aston Villa in their final game of the season. Matty Cash and Philippe Coutinho put the Birmingham based outfit in front before super-sub İlkay Gündoğan scored on either side of a Rodri strike in the last 15 minutes to win the league for the Cityzens.

What was Manchester City’s PPDA? How many clearances did Aston Villa make? 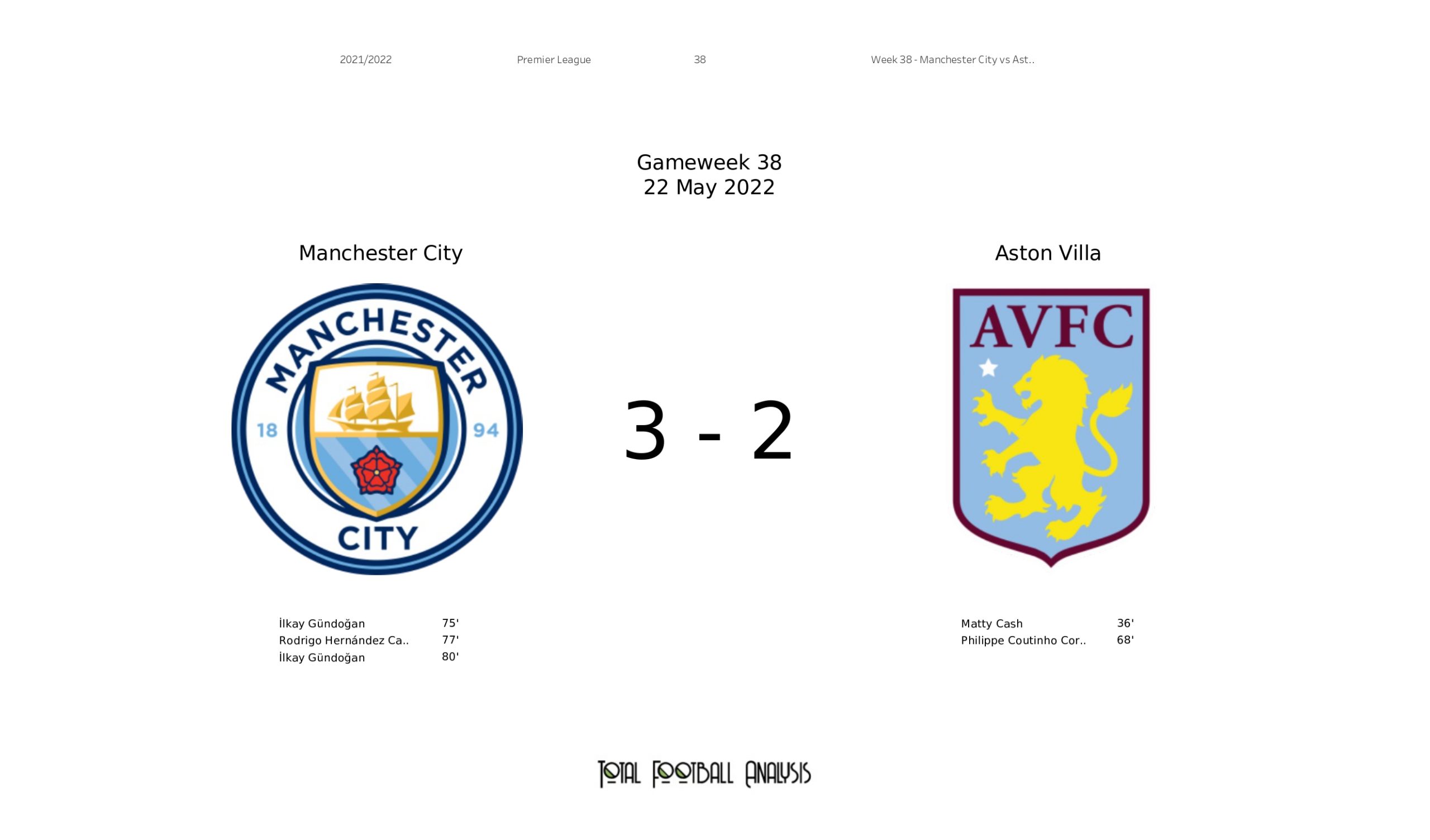