Gabriel Jesus joined Arsenal from Manchester City in the summer. The Brazilian was enjoying a good spell of football for his new club before the World Cup. His World Cup campaign ended midway due to an injury, and that raised a lot of concerns in Arsenal’s dugout. They led the English Premier League table and feared whether they could cope with the absence of their Brazilian forward. Eddie Nketiah was the second-choice striker on the bench. The 23-year-old lacked experience and the skills that Jesus possesses. However, he has stepped up to the occasion and helped his side stay at the top. Nketiah has found the back of the net on occasion since the resumption of the league and is now making his mark in Arsenal’s line-up. We now look at some of the youngster’s stats to see how he has helped Mikel Arteta’s side maintain their lead at the top of the English Premier League 2022-23 table. 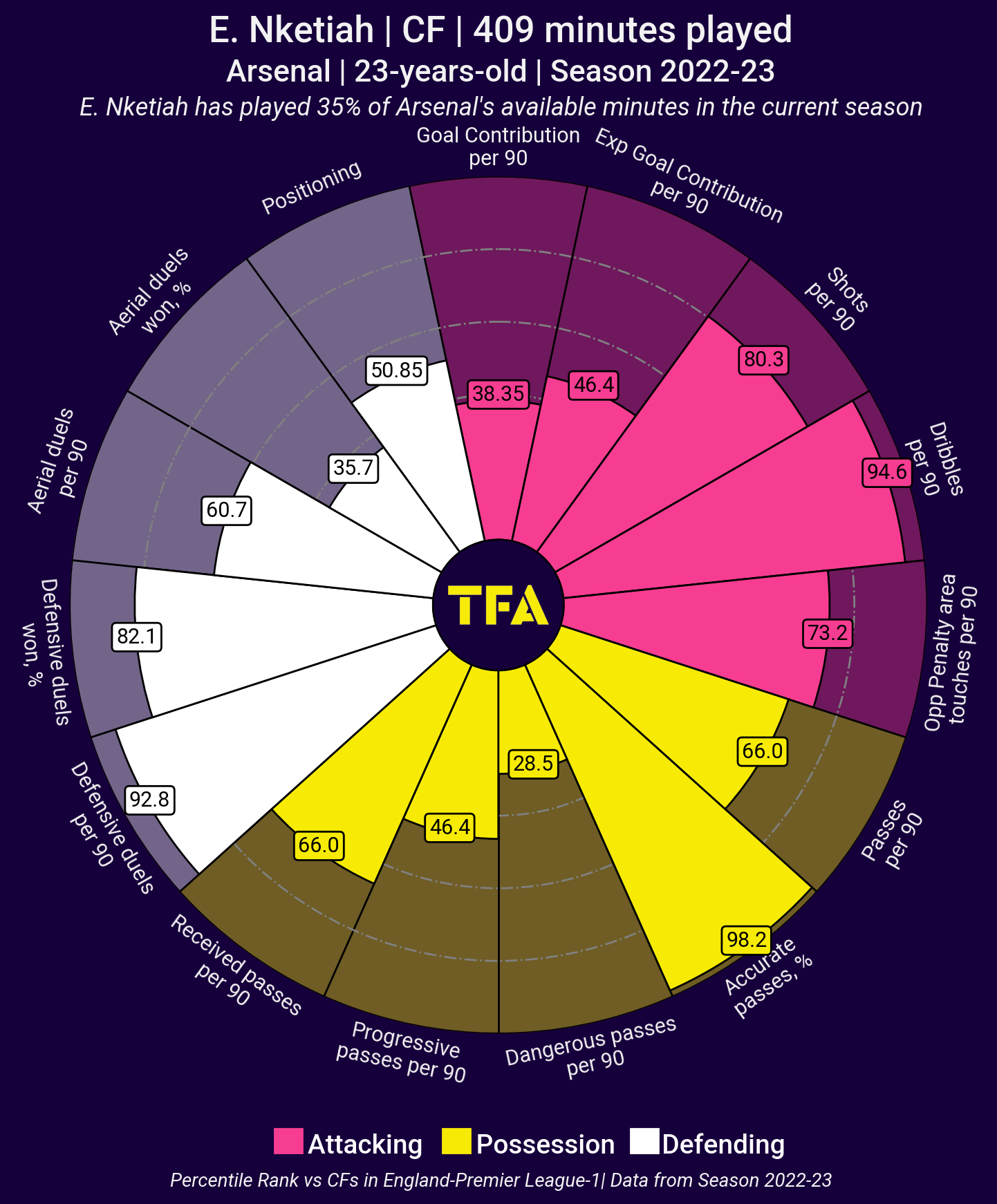 Eddie Nketiah is Mikel Arteta’s second choice number nine in the team. He has made 17 appearances for his side, with 12 coming off the bench. His five starts have come in Arsenal’s matches since the World Cup. Eddie Nketiah has found the back of the net four times this season. The above viz shows the percentile rank of the player in comparison to other centre-forwards in the English Premier League. It can be observed that the player likes to dribble past his opponents to create space for himself and create goal-scoring opportunities for his side. He is also highly ranked for delivering accurate passes. One of the areas where Nketiah has impressed is in his ability to perform defensive duties. The player is ranked high for contesting and winning defensive duels. Nketiah has spent most of the minutes on the pitch after coming off the bench. Arsenal is usually victorious in these situations. His duty is more to keep the ball than to score a goal.

Improvements since the World Cup 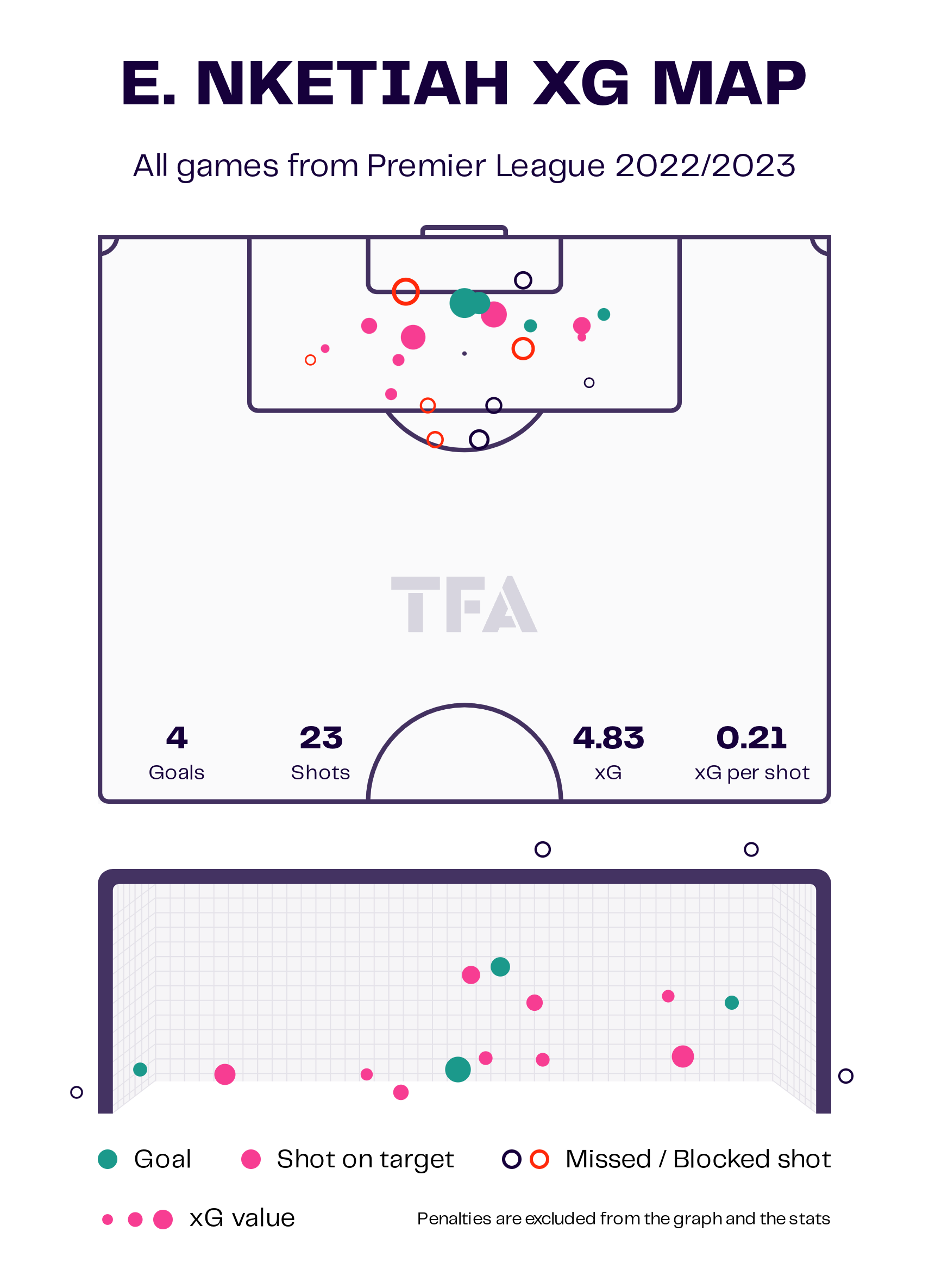 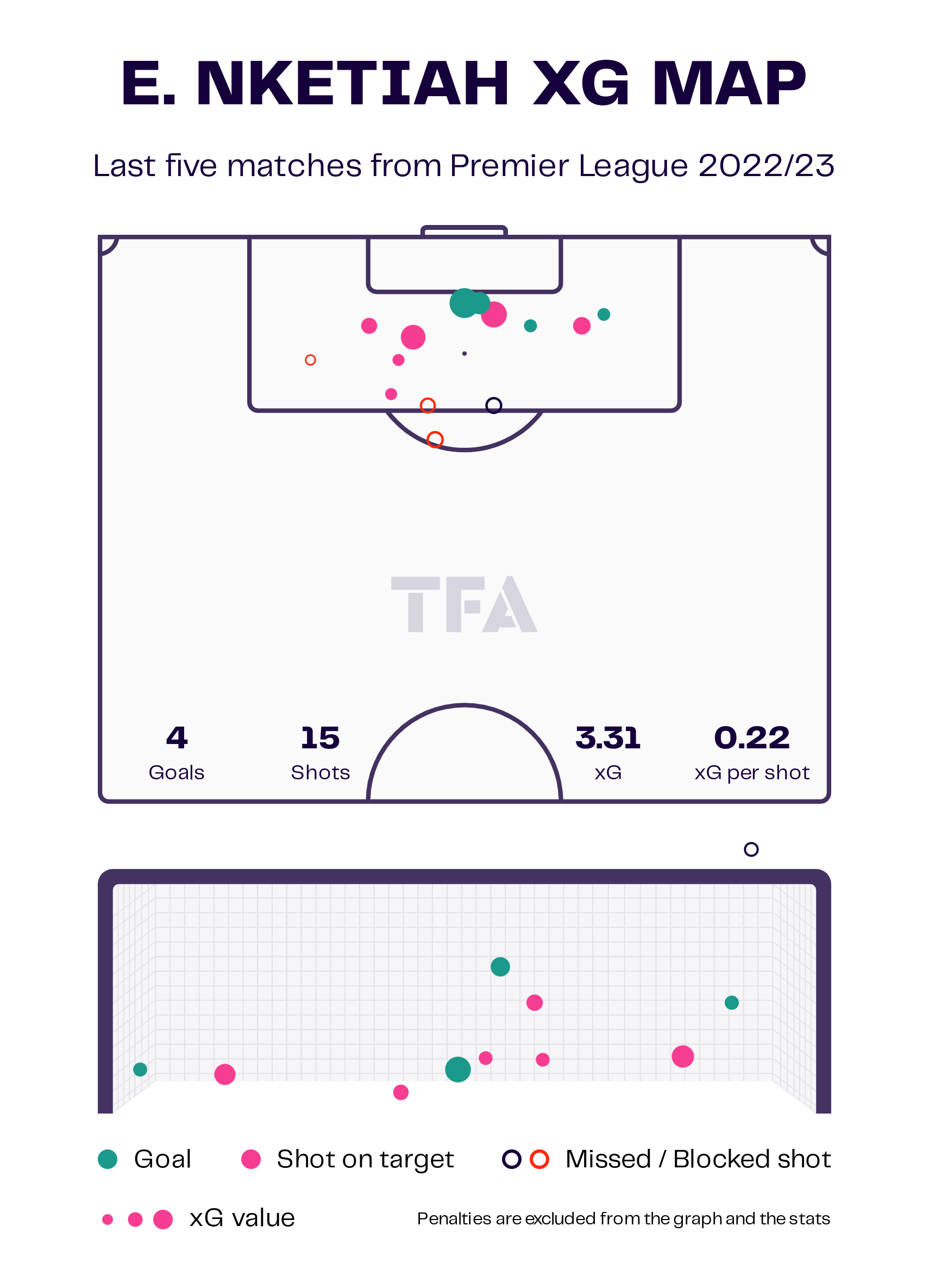 Eddie Nketiah spent only 209 minutes on the pitch before the World Cup. The 23-year-old was unable to score a goal from the eight shots attempted by him. After earning a regular spot in the starting lineup, the player has come to life. He has attempted 15 shots in the last five matches and has a high accuracy rate of 66.67%. Almost every shot has been attempted from inside the opposition’s penalty box. He has scored a goal against Brighton and West Ham United. The 23-year-old had a fine outing at home against Manchester United in their latest match. Nketiah scored a brace against the Red Devils, and that also included a late winner. The player has been in good goal-scoring form, and that has helped Arsenal keep their five-point lead over Manchester City at the top of the table. 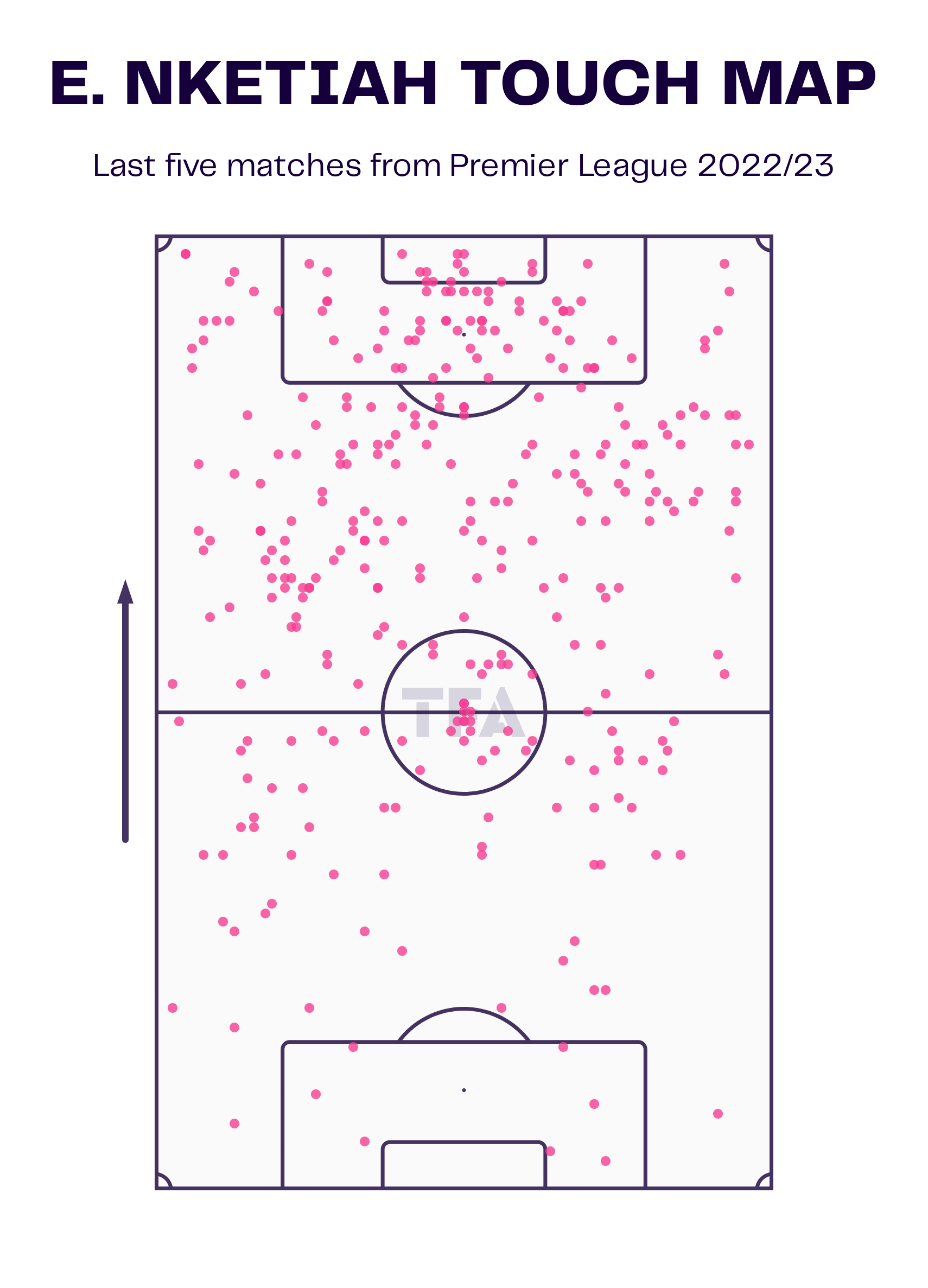 Since the World Cup, Nketiah has played almost every minute on the pitch for the Gunners. His positioning has been quite good, and that has impressed the manager. He averages 5.26 touches inside the penalty box per 90 minutes this season. In the last five matches, the average was near 5.6 touches per 90 minutes. The player has found space in dangerous areas, and that is what makes him a threat in the Gunners’ lineup.