Chelsea suffered their first defeat under Graham Potter after losing 4-1 to Brighton in the English Premier League. Leandro Trossard opened the scoring in the fifth minute of the match. Chelsea conceded two own-goals in the first half, and Brighton went into the second half with a three-goal lead. Ruben Loftus-Cheek and Trevoh Chalobah were the unlucky players who scored an own goal. Kai Havertz scored a goal in the opening minutes of the second half to give his team some hope. The Blues failed to add more goals and Pascal Groß sealed the win in the final stages of the match.

What were the threat creation zones for Brighton? Who contested the most duels for Chelsea? 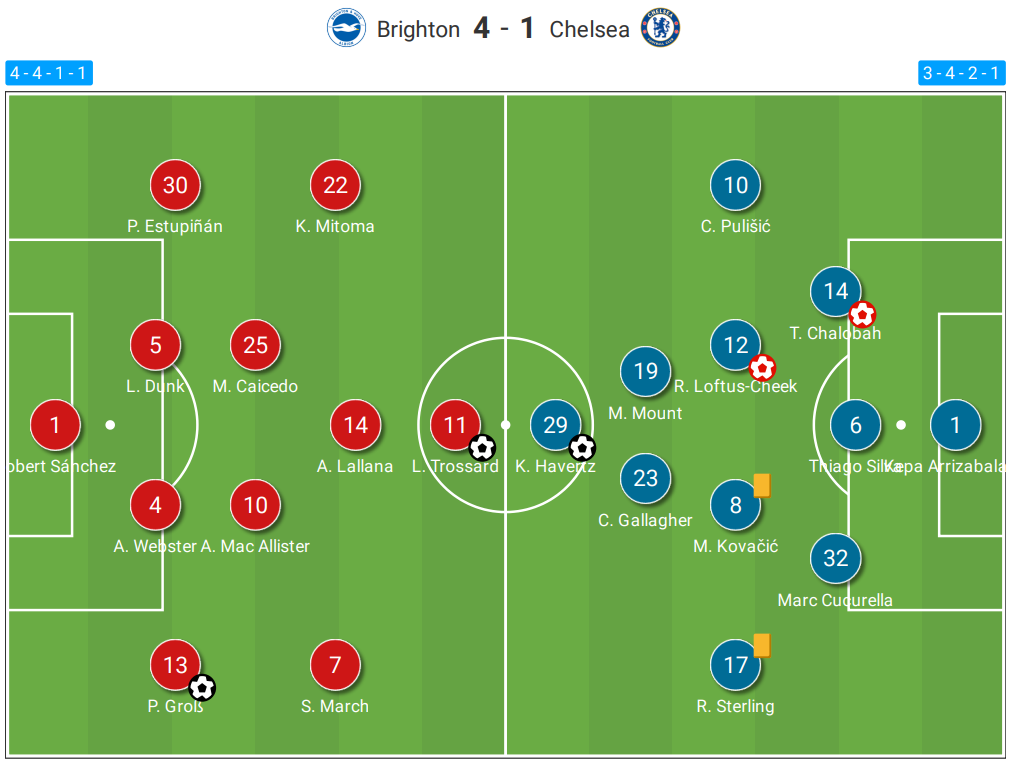