Arsenal will look to return to winning ways in the English Premier League when they face Brentford at Gtech Community Stadium. Arsenal’s perfect start to the league season was ended by Manchester United, but Mikel Arteta’s men still lead the league table.

Brentford have made a good start to the season. They have won two, drawn three and lost one match. Their most recent match ended in a 5-2 victory over Leeds United. The Bees have scored 15 goals this season, with an average xG rate of 1.86. Their defence is also a bit leaky and has conceded nine goals.

Arsenal started the season with five wins and eventually lost their sixth match. The Gunners have scored 14 goals this season with an average xG rate of 2.14. Their defence has leaked seven goals.

The Gunners on the charge 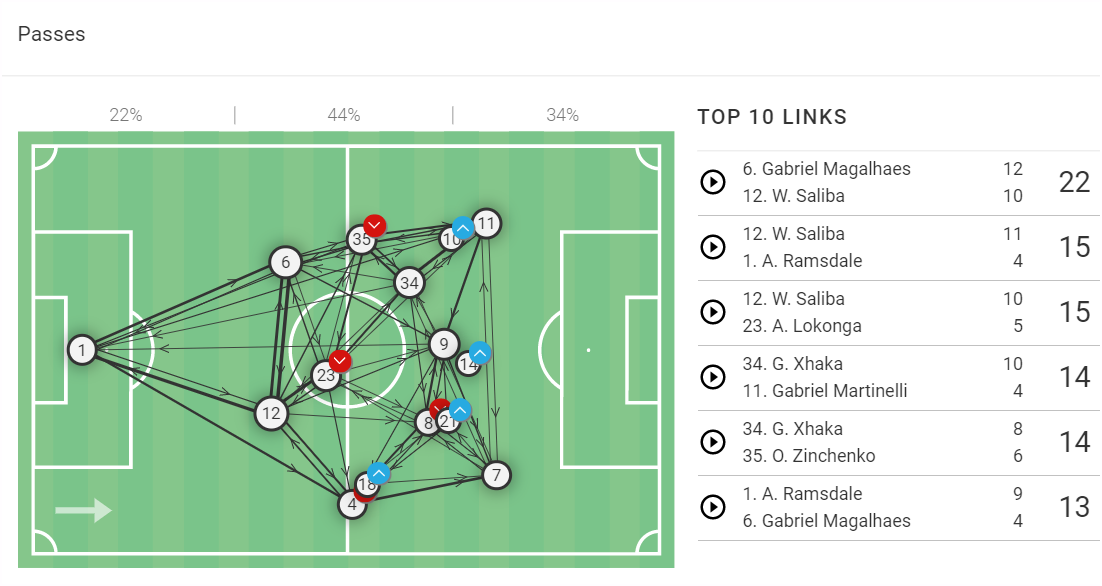 Arsenal needs a win in this match to maintain their lead at the top of the table. They will play a high attacking line in this game. The Gunners play in a 4-2-3-1 formation. One of the midfielders plays a holding role while the other midfielder plays a box-to-box role. They attack more from the right side. The Gunners average 32.67 positional attacks and 15.17 shots per match. Brentford will have to deal with Arsenal’s attacking threat in this match. 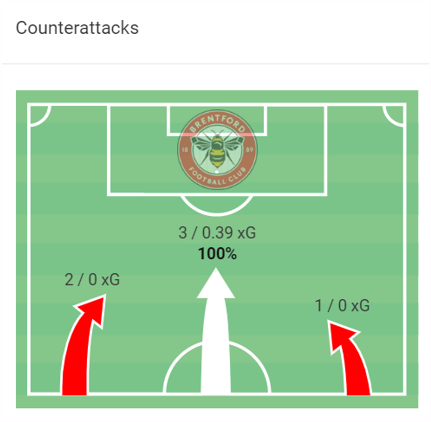 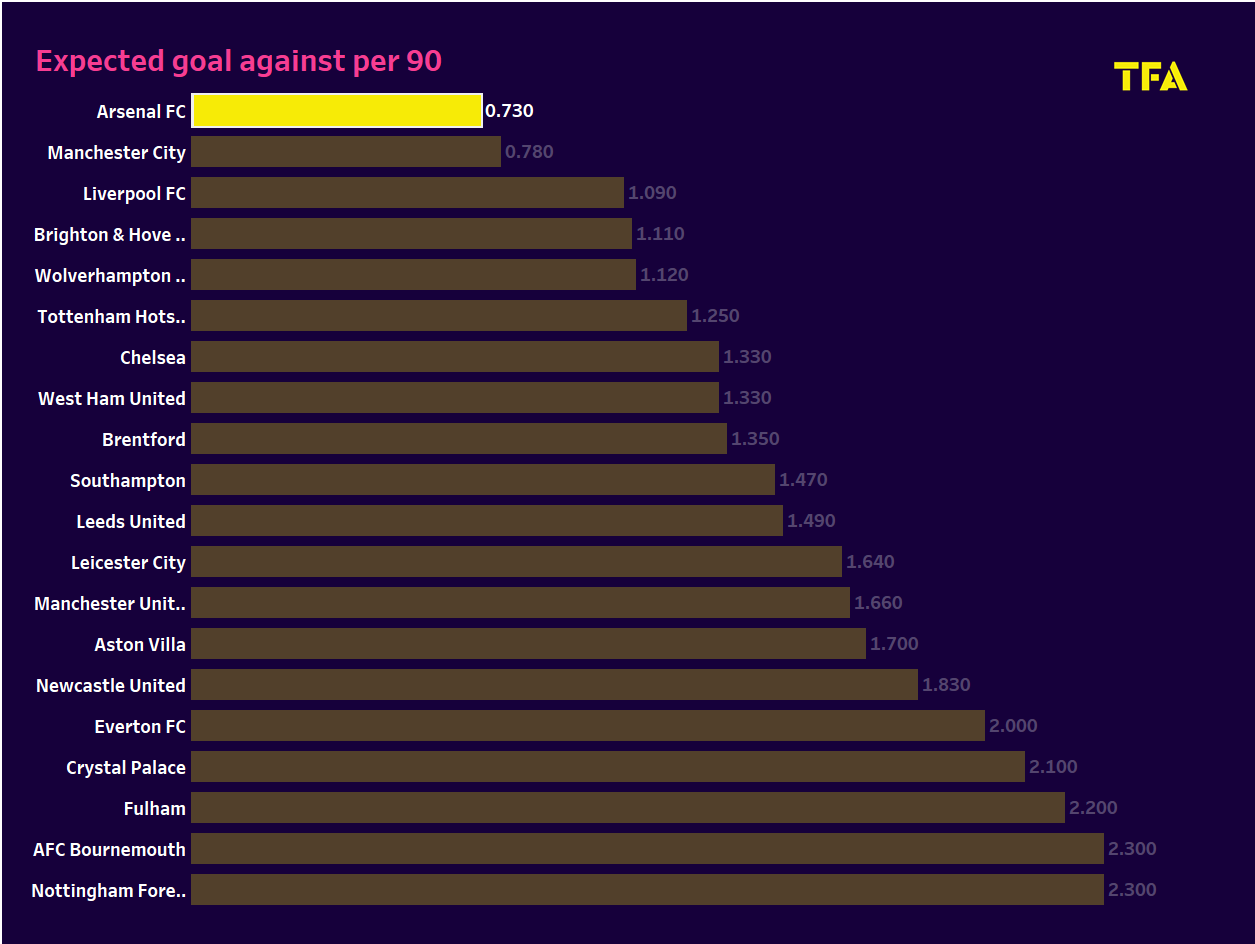 Brentford have scored a lot of goals this season, but it won’t be easy for them to beat Arsenal’s defence. The Gunners have the lowest xGA rate in the league. This means that Arsenal’s defence hasn’t given clear goalscoring opportunities to the opposition. They have remained resilient and won five matches with the same defence. 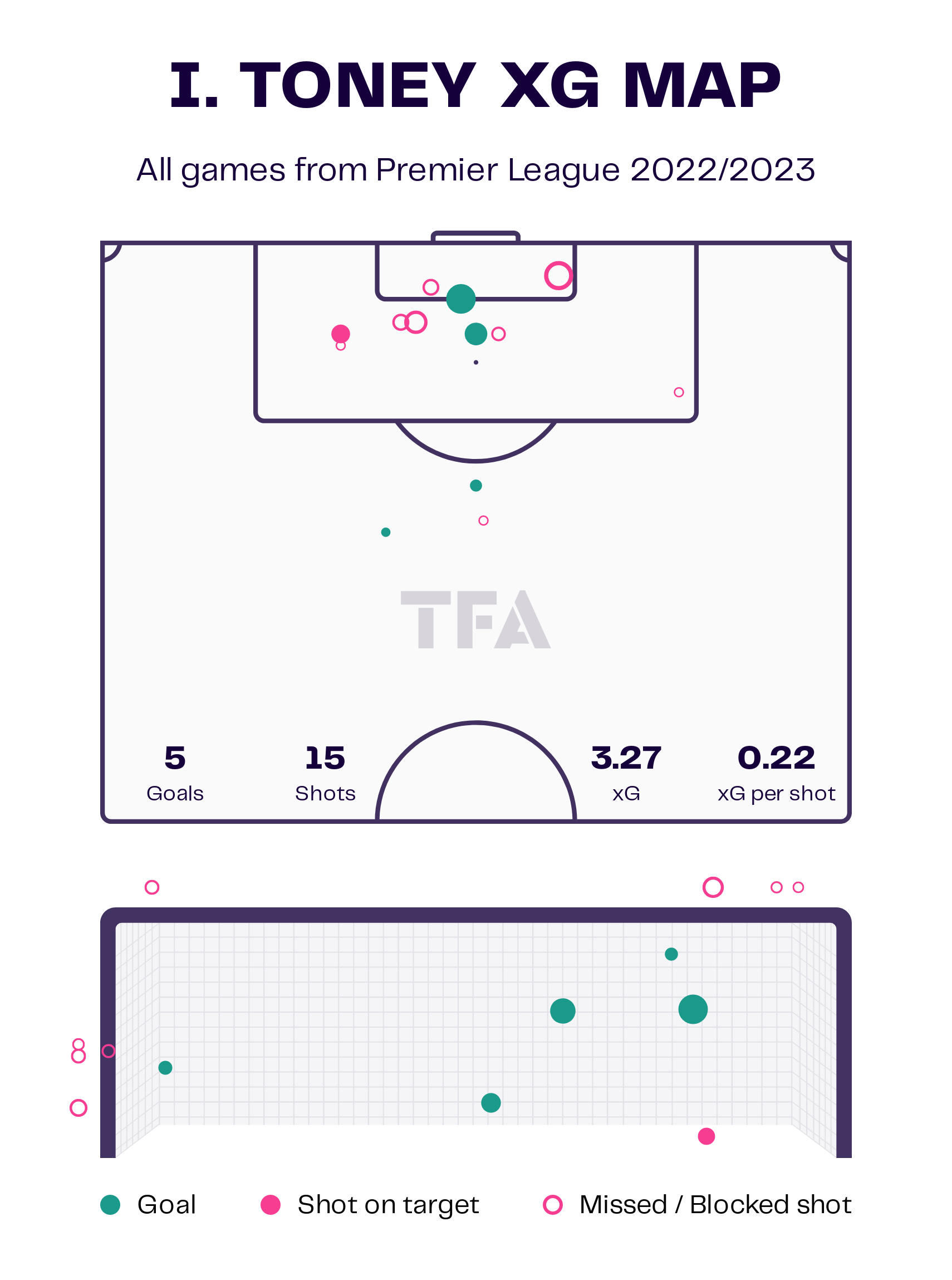 Ivan Toney will play a key role in this match. The striker has scored five goals, including a hat-trick against Leeds United. Toney finds space inside the penalty box and is good with the header. He will look to score a goal and continue his good form. The striker has also received a call up for national duty and will play for England in the UEFA Nations League. 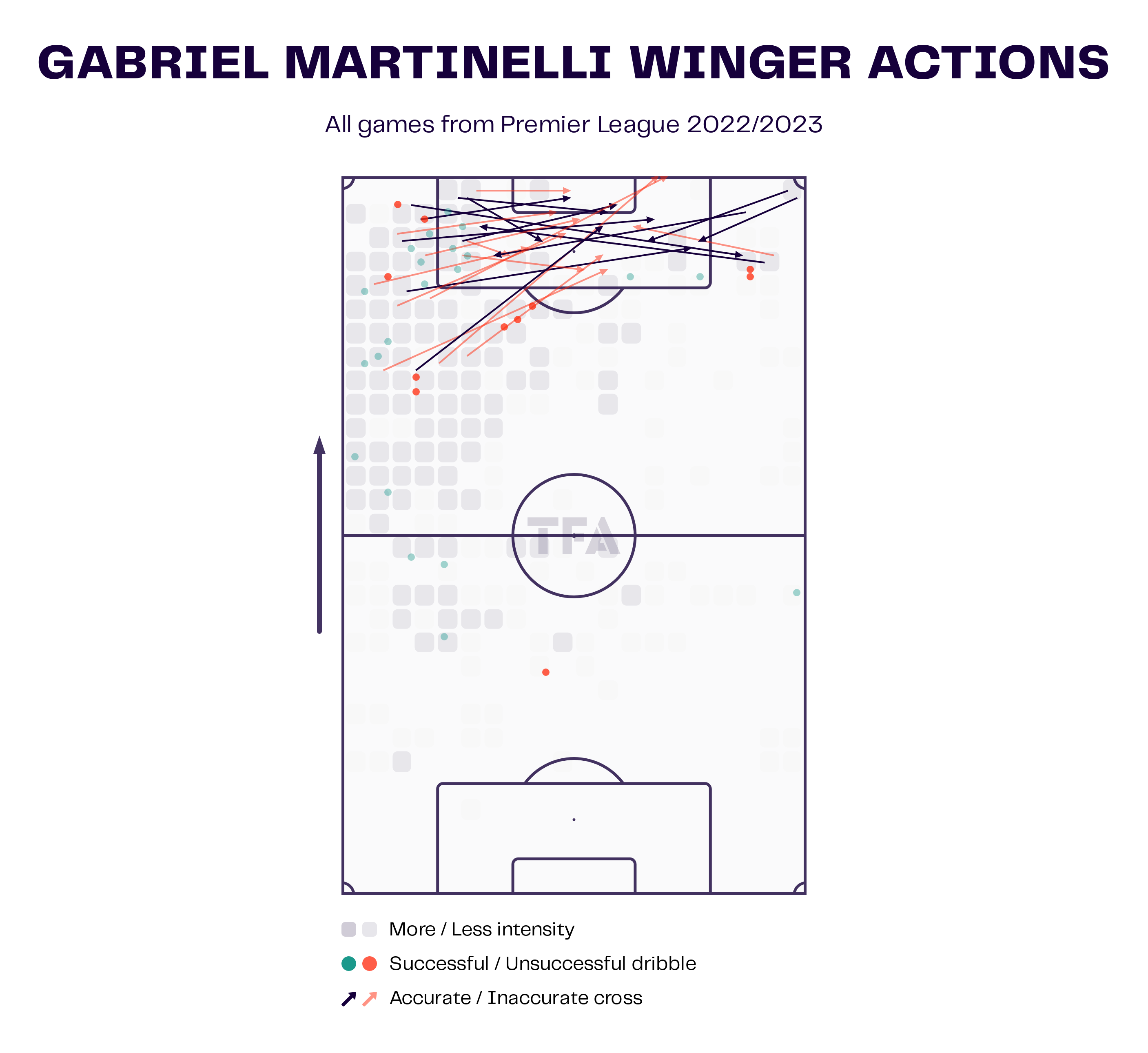 Gabriel Martinelli has been the most improved player for Arsenal this season. He already has three goals to his name and will look to add more in this game. The above viz shows that Martinelli plays from the left side and tries to find a teammate inside the opposition penalty box with crosses delivered into the box. He will look to create chances for his teammates and himself to help the Gunners secure their sixth victory of the season.

There are no fresh injury concerns in Brentford’s camp. Christian Norgaard and Ethan Pinnock will remain out due to their injuries.

Thomas Partey might return to action in this match. He has been declared fit for this match. However, the Gunners have received a setback as Oleksandr Zinchenko is set to miss this match.

It won’t be an easy outing for the Gunners. They suffered a defeat in the first game of last season in the same fixture. Brentford are in form at the moment and will look to cause an upset against a high-flying Arsenal side.

The post Brentford vs Arsenal Preview: 3 things on the cards according to the stats appeared first on Football analysis, news, betting and opinion from Arsenal.