On Saturday night, Tottenham Hotspur defeated Bournemouth 3-2 in the English Premier League and returned to winning ways at Vitality Park. Spurs, who had lost their last two matches in the competition, were looking for their players to step up and show a good performance. They came back from 2-0 behind with three goals in the second half, with Rodrigo Bentancur scoring the winner in the 92nd minute. This hard-fought victory will give them some much-needed confidence as the season gets more and more interesting.

How did Bournemouth give away a two-goal lead? How Tottenham’s high possession helped them find three goals in the second half? 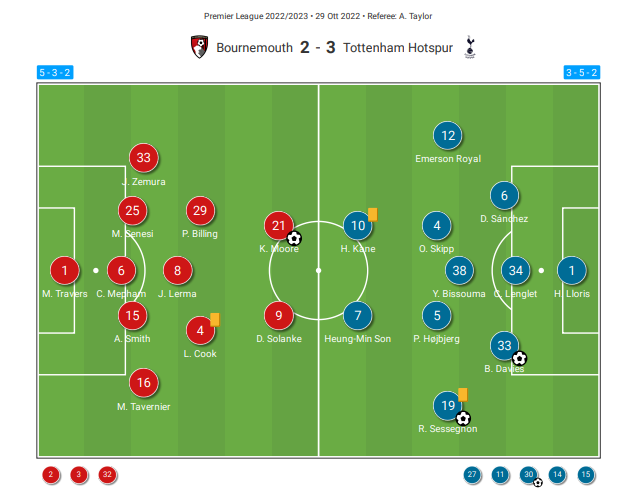