Arsenal continued to impress this season after achieving their second victory in the UEFA Europa League 2022/23 season. Eddie Nketiah opened the scoring in the 23rd minute for the home team, and Rob Holding doubled the lead just four minutes after the first goal. Fabio Vieira scored a goal in the 83rd minute to seal a 3-0 victory over Bodo Glimt.

How many shots were attempted from inside the penalty box by Arsenal? What was the possession rate for Bodo Glimt in the match? 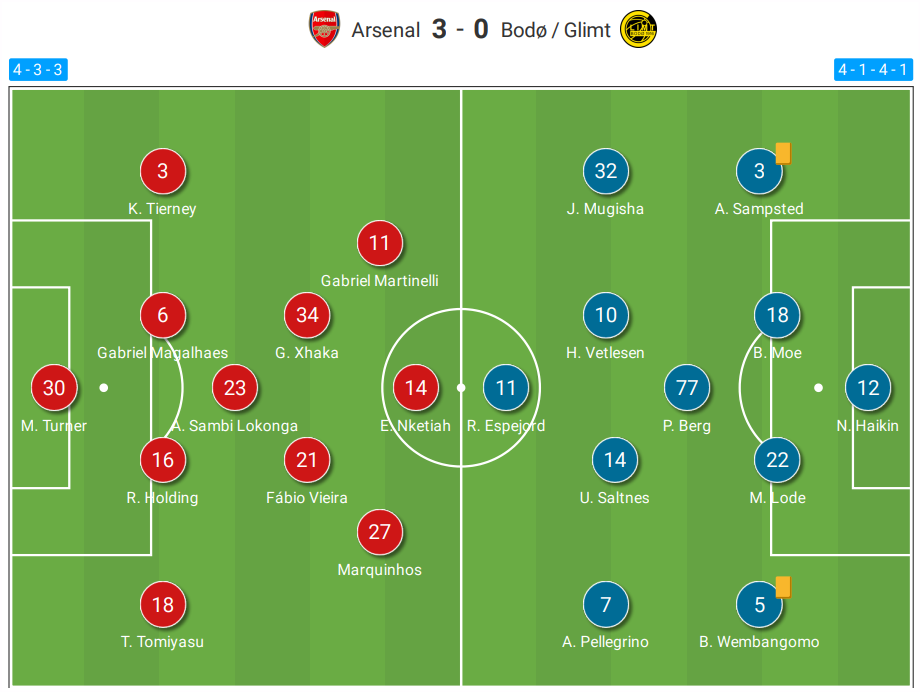