Mason Mount scored a brace as Chelsea secured a 2-0 win over Aston Villa in the English Premier League. The Blues have now won four consecutive matches and are comfortably sitting in fourth place in the league table. Aston Villa suffered their fifth defeat of the season and are sitting above the relegation zone. Chelsea have found their form under Graham Potter and are closing in on the league leaders.

How many shots were attempted from inside the penalty box by Aston Villa? Which Chelsea player won the highest number of aerial duels? 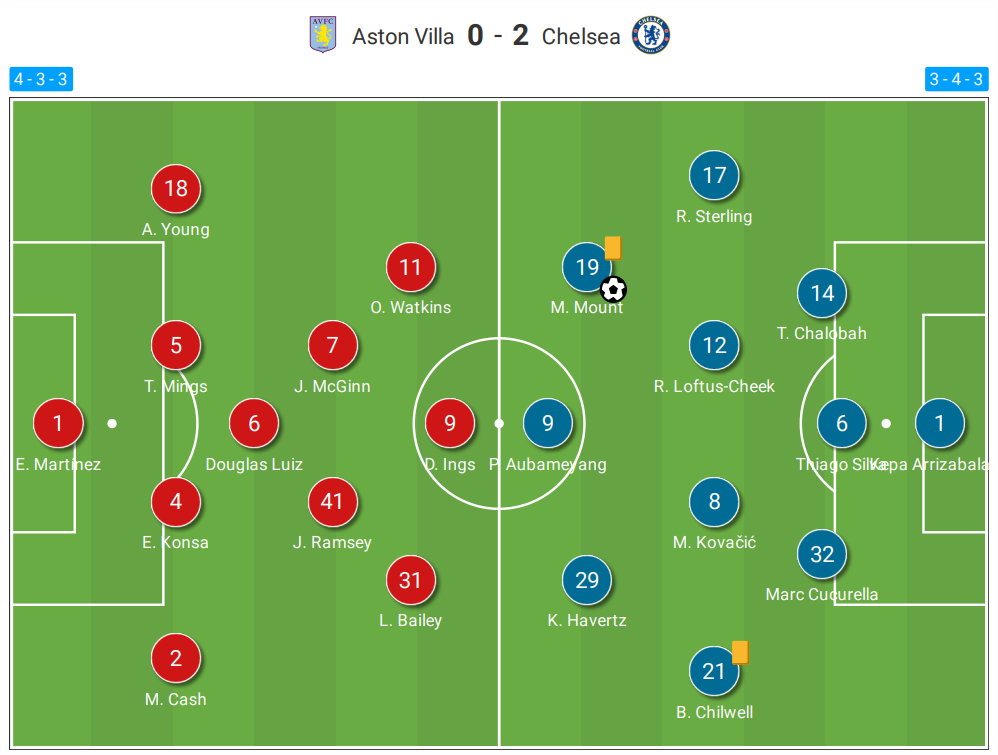