The English Premier League returns after the international break and round 9 will start with the North London Derby. Tottenham Hotspur travels to face Arsenal with both teams aiming to go to the top of the table with a win over their rivals. Spurs are unbeaten this season, while Arsenal have only lost to Manchester United and won the rest of their games. The match is expected to bring a lot of drama and attacking football.

Arsenal started the season with five wins and then suffered a defeat. They won their last match before the break and sit at the top of the table. Mikel Arteta’s men have scored 17 goals and average 2.03 xG per match. Their defence has leaked seven goals and has an average xGA rate of 0.7.

Spurs are one of the two teams with an unbeaten record this season. They have won five and drawn two games. Antonio Conte’s men have netted 18 goals with an average xG rate of 1.98. They have also conceded seven goals but have a high xGA rate of 1.27. Tottenham Hotspur enjoyed a huge 6-2 victory over Leicester City before the international break. Son came off the bench to score a hat trick for his side.

Arsenal on the attack 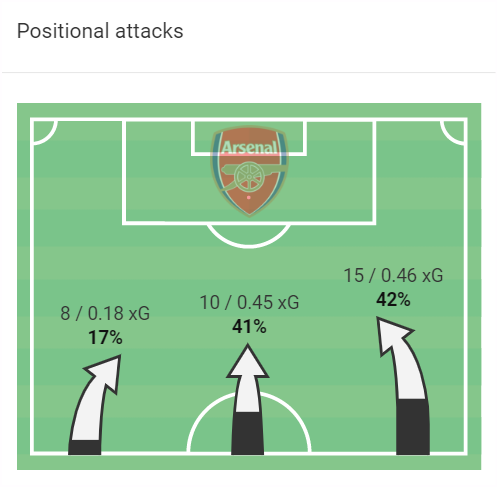 The Gunners like to attack from the right side, with Bukayo Saka leading the charge. They average 32.7 positional attacks per match and attempt shots 27.9% of the time. The Gunners have also taken 14.86 shots per match and have an accuracy rate of 39.4%. Spurs play with a three-at-the-back formation. Arsenal players will look to run behind the defence and create chances.

Spurs’ threat on the counter 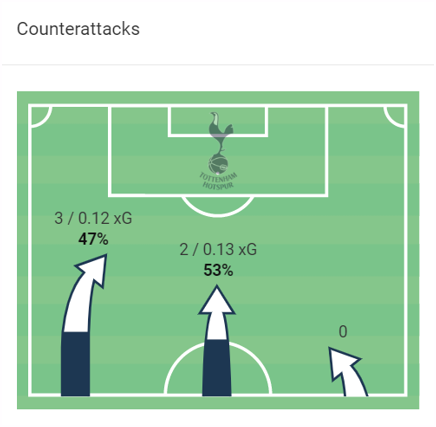 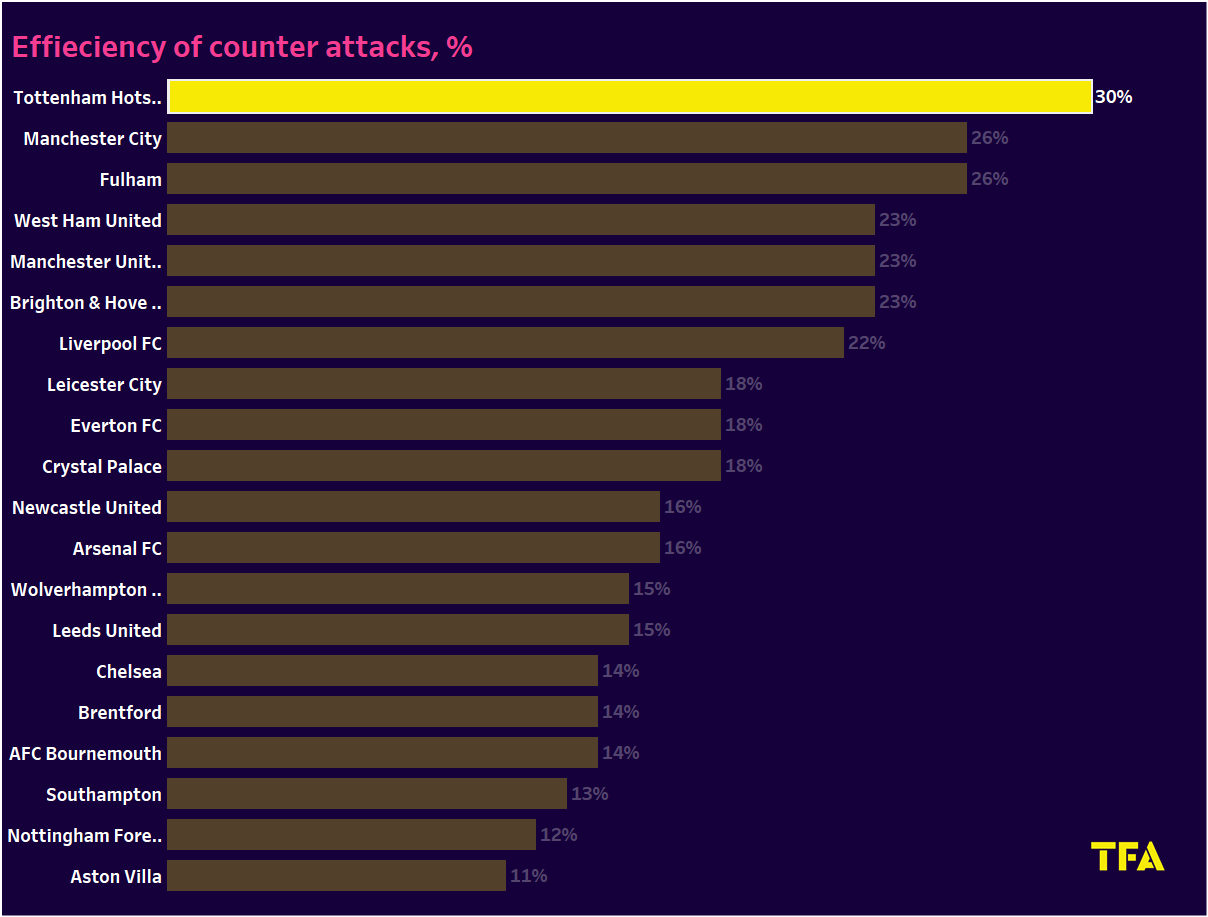 Tottenham Hotspur have the highest efficiency on counterattacks. They are way ahead of other teams, especially Arsenal. This means that the Gunners need to be aware of this threat and cannot keep their defence open during the game. 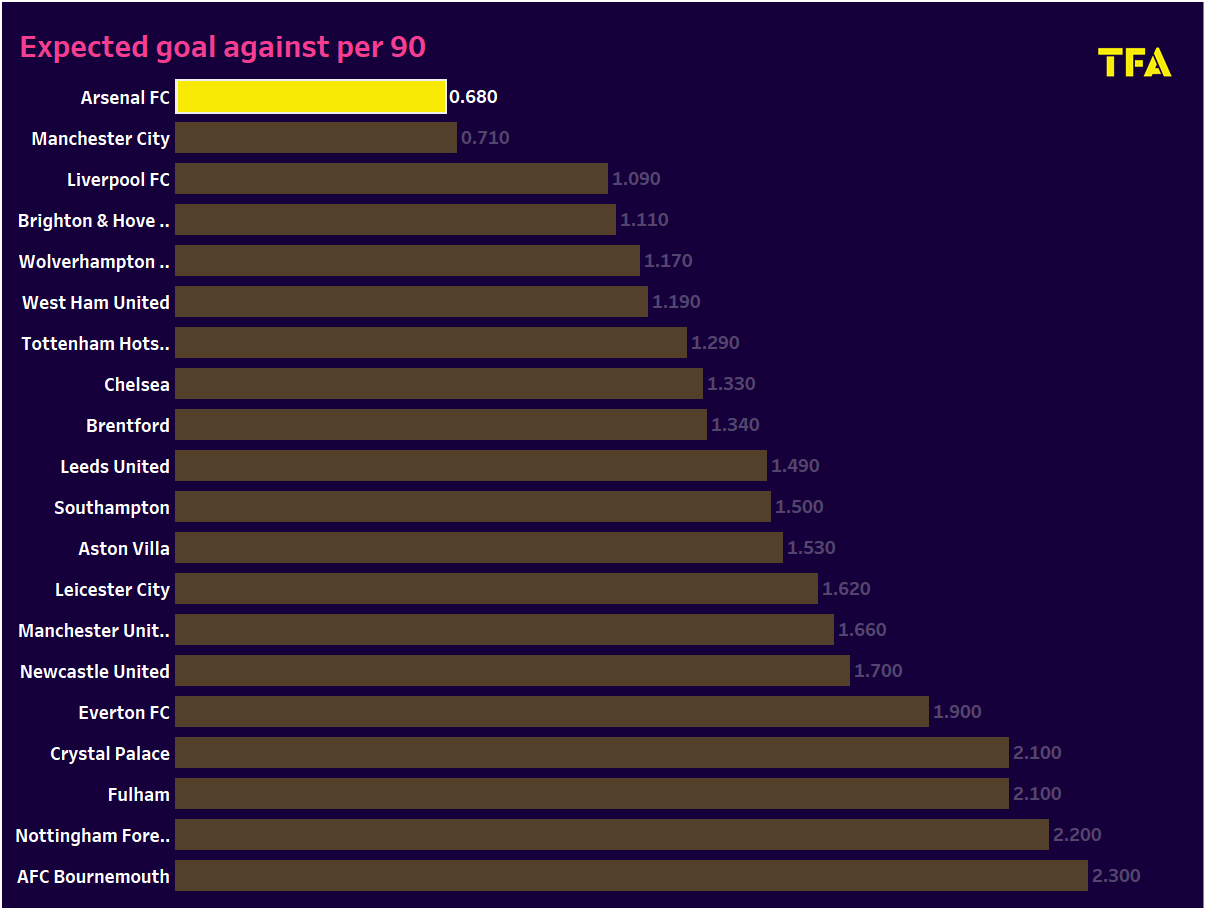 It won’t be easy for Antonio Conte’s men to beat this Arsenal defence. They haven’t allowed their opposition to score easy goals and have the lowest xGA rate in the division. They have kept three clean sheets and will look to add one more to the tally. The Gunners have won 62.4% of their defensive duels and 47% of their aerial duels. They will look to stop Spurs from scoring in this game. 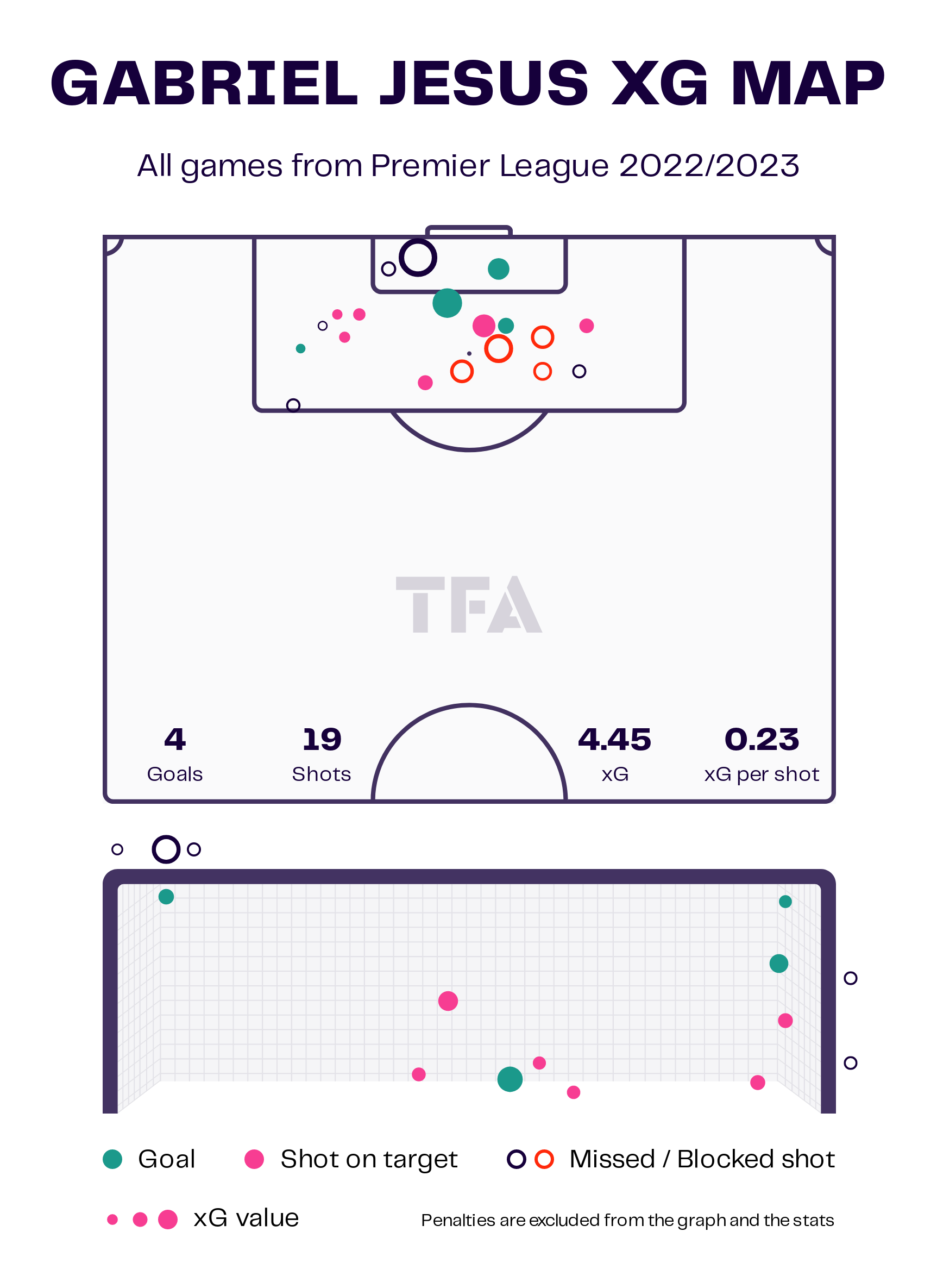 The game will feature two of the best strikers in the English Premier League competing against each other. Arsenal’s Gabriel Jesus will play in his first North London Derby. The Brazilian has scored four goals and has three assists to his name. He can score as well as provide an opportunity to score a goal. The Gunners faithful would hope that their new striker will deliver at the top stage.

Harry Kane will play a key role for Spurs against Arsenal. The player has scored 13 goals against Arsenal in 15 games and will look to add more to his tally. This season, he already has six goals to his name and that will add to his confidence going into this game.

Mikel Arteta will be happy with the international break as some of his injured players will get the time to recover. Takehiro Tomiyasu and Martin Odegaard will return from injury, and the latter will straightaway be slotted into the number ten role. Kiernan Tierney, Oleksandr Zinchenko, and Thomas Partey will also be available for selection.

Tottenham Hotspur skipper Hugo Lloris might miss the match. He withdrew from international duty after suffering a thigh injury. Dejan Kulusevski will also be a major doubt after returning with a hamstring problem from the international break. Ivan Perisic, Ben Davies, and Lucas Moura should be available for selection.

When they travel to play against their rivals, Spurs will look to dethrone Arsenal from the top of the table. However, it won’t be easy for them to beat this Arsenal side, who have made a few comebacks this season. Last season, both teams won their respective home fixtures, and Arsenal will look to repeat the process by securing a win at home against their biggest rivals.

The post Arsenal vs Tottenham Hotspur Preview: 3 key trends to watch out for according to the stats appeared first on Football analysis, news, betting and opinion from Arsenal.