Arsenal continues to lead the English Premier League table after securing a 3-2 victory over Liverpool. Gabriel Martinelli scored the opener for the Gunners in the first minute of the match. Darwin Nunez equalised for Liverpool in the first half. Bukayo Saka scored a brace and Roberto Firmino scored the second goal for the Reds. Arsenal have now won two back-to-back matches against the teams that finished in the top four last season.

What was the shot accuracy rate for Arsenal? Which Liverpool player won the most defensive duels? 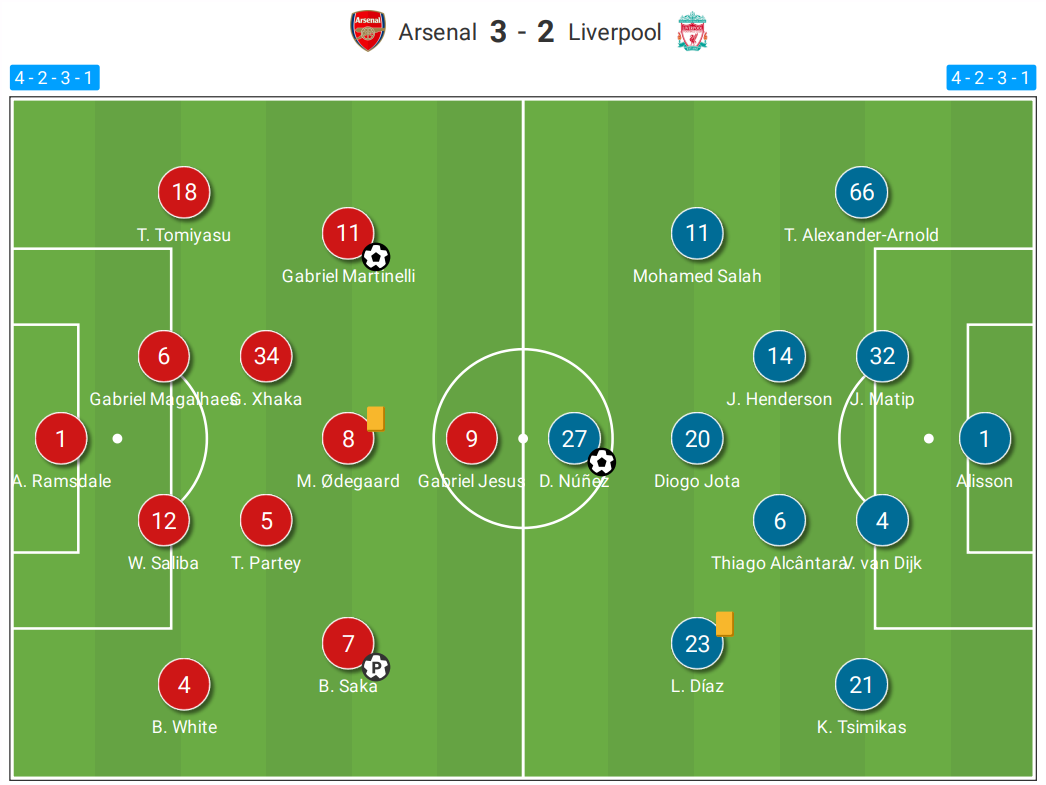