Arsenal will host Everton in the final game of the English Premier League 2021/22 season. The Gunners’ hopes of qualifying for the UEFA Champions League were shattered after suffering back-to-back defeats in the league. They are two points behind Spurs (in the fourth position) and a win in the final fixture just won’t be enough for them to guarantee qualification. Everton, on the other hand, escaped relegation after a comeback 3-2 victory over Crystal Palace in their last match. The last meeting between both teams ended 2-1 in favour of Everton. 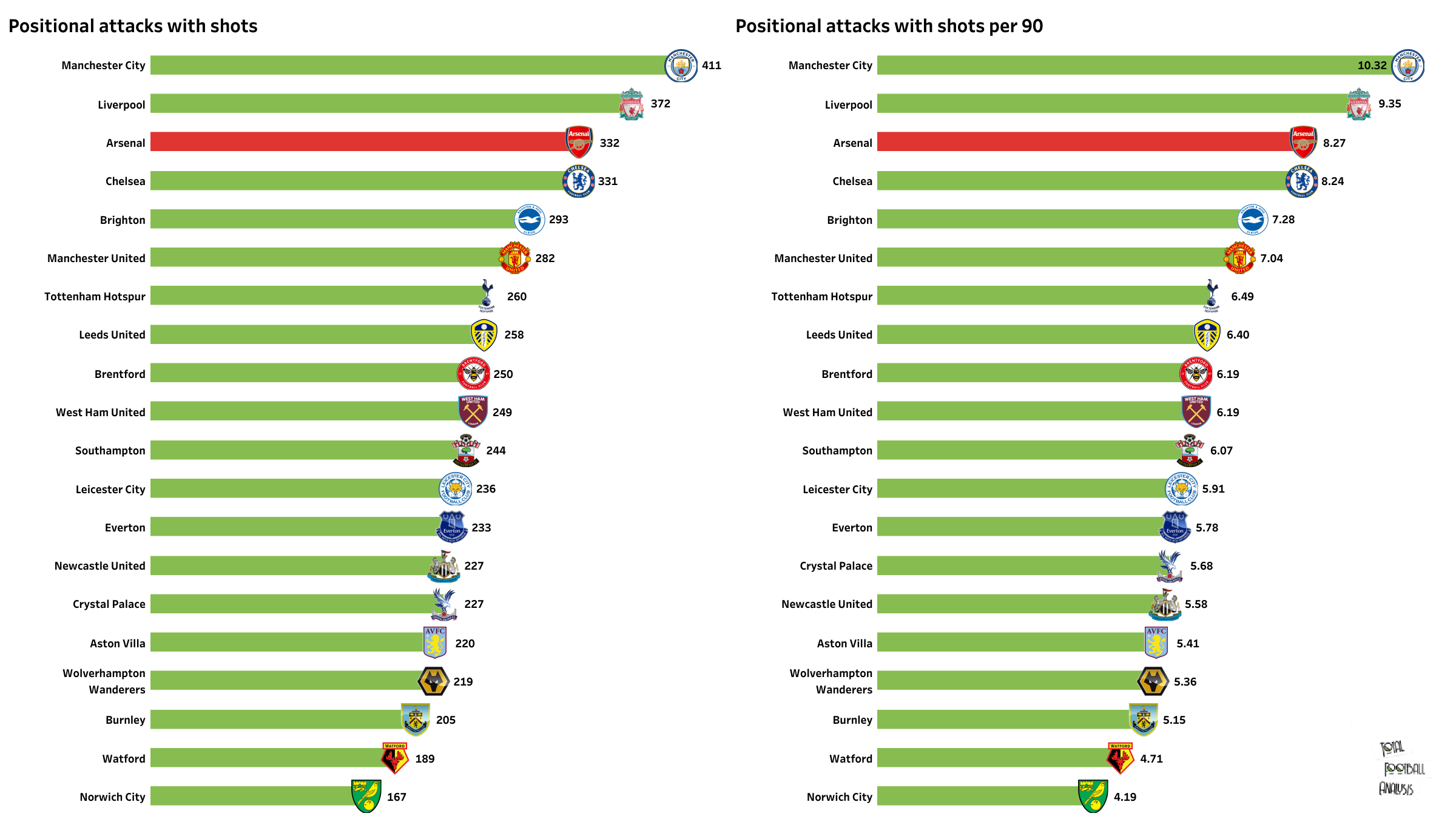 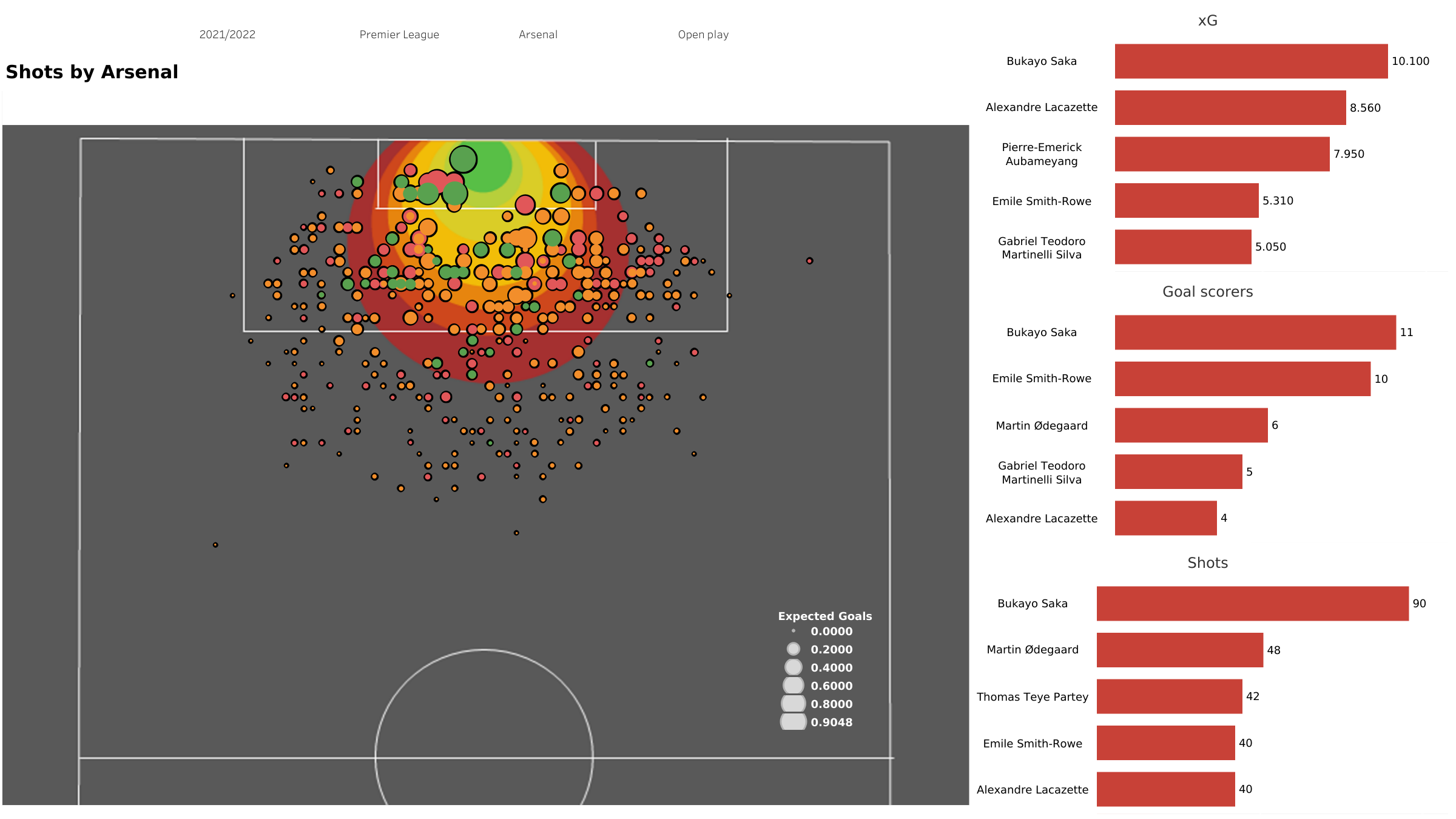 Arsenal have attempted the third-highest number of shots in the league this season. Mikel Arteta’s men average 13.28 shots per 90 minutes and have attempted 533 shots. They have managed to hit the target 186 times, with a shot accuracy rate of 34.9%. The Gunners have attempted 226 shots from outside the opposition’s penalty box and have hit the target 67 times. They have the most shots on target from outside the opposition’s penalty box. The above viz shows the shots attempted from open play. Arsenal have scored most of their goals from the centre of the goal, and their favoured area is on the left side.

Takehiro Tomiyasu suffered an injury in the last match played by Arsenal. He will be out for this fixture alongside Thomas Partey and Kieran Tierney. Gabriel Martinelli could come into the starting XI and replace Emile Smith-Rowe.

Everton have attempted 390 shots and have managed to hit the target 127 times. They average around nine shots per 90 minutes and hit the target around 3.24 times per 90 minutes. Everton have attempted 233 shots from inside the opposition’s penalty box, with 86 of them being on target. The above viz shows that the busiest area for the Toffees is right outside the opposition’s 6-yard box. Everton have struggled to make an impact on the attacking side this season. 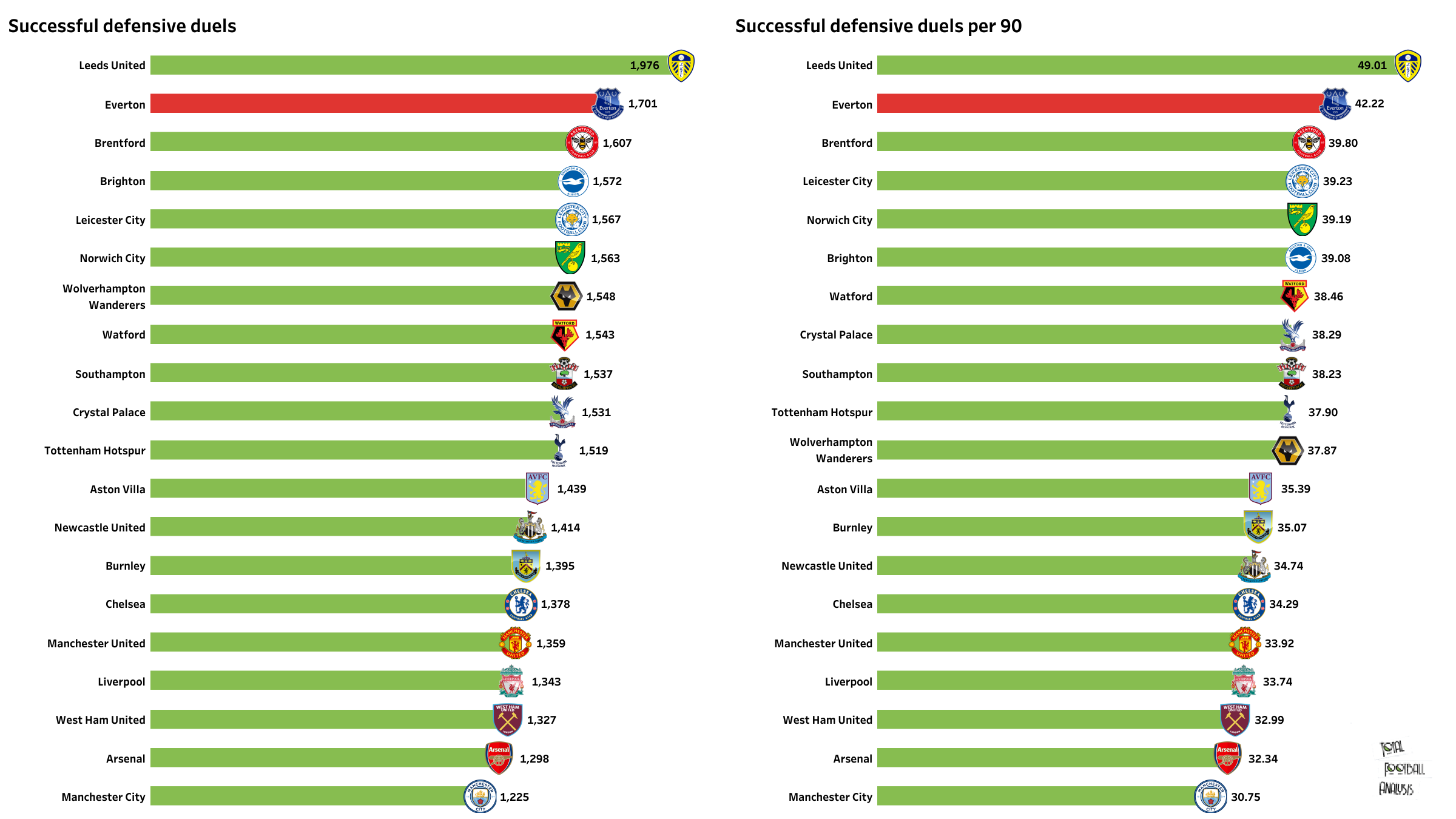 Everton have been a defensive side this season. Their poor form in front of the goal and the inability to hold the ball has resulted in a lot of attacks against them. They have contested 2,651 defensive duels and average 67.69 duels per 90 minutes. The Toffees have won 1,701 defensive duels.

Jarrad Branthwaite will return to the squad after serving a suspension. Dele Alli is also expected to start this match after an impressive performance from the bench against Crystal Palace.

The post Arsenal vs Everton Preview: Positional attacks with shots, defensive duels, shot map and more – what do the stats say? appeared first on Football analysis, news, betting and opinion from Arsenal.