Wolverhampton Wanderers host Manchester City at the Molineux on Wednesday the 11th of May 2022 in the Premier League. The last time these two teams met was back in December 2021, when Manchester City emerged triumphant with a 1-0 win at the Etihad. Heading into this fixture, Wolves earned a 2-2 draw away at Chelsea, and Manchester City thrashed Newcastle United 5-0 at home. 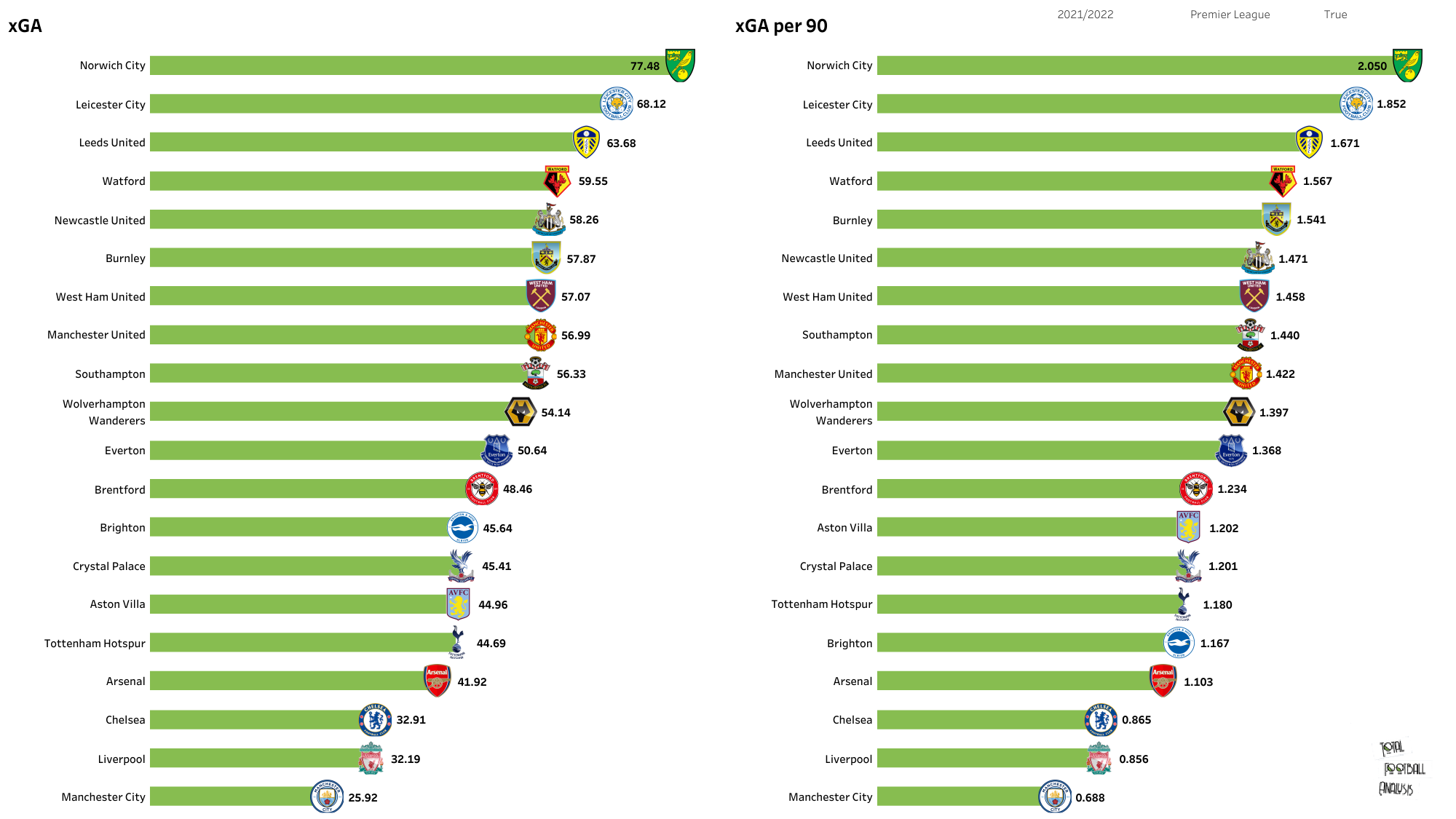 Wolverhampton Wanderers come into this game having drawn 2-2 with Chelsea at Stamford Bridge. Conor Coady scored a stoppage-time equalizer for Wolves. This draw leaves Wolves with a record of 15 wins, five draws, and 15 losses, with a goal difference of +1. This season, Wolverhampton have been one of the best performing teams in the Premier League relative to xGA. The team from West Midlands have allowed only 34 goals this season, compared to an xGA of 54 – a massive overperformance of 20 goals. 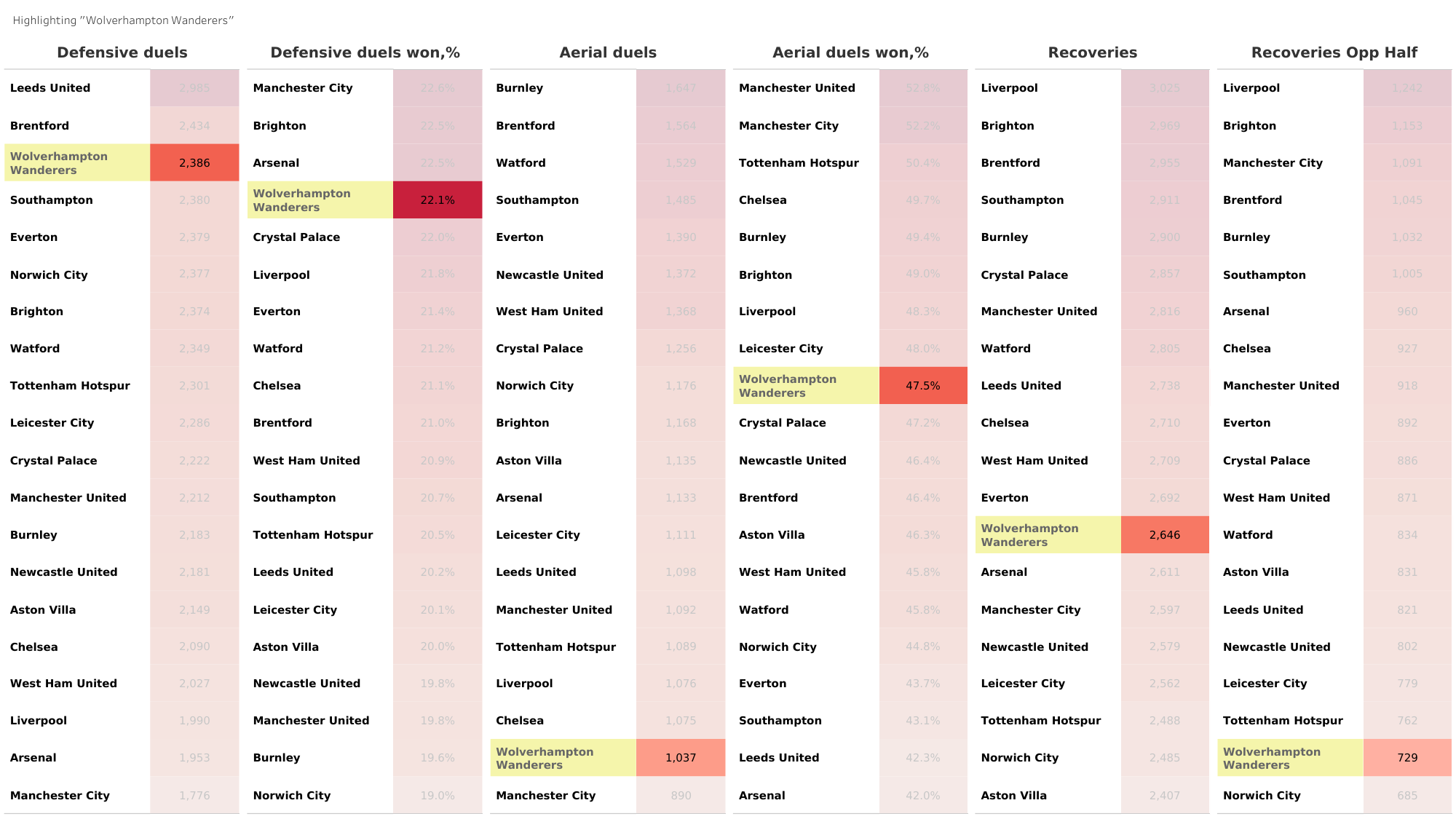 Wolves have won 22.1% of their defensive duels, putting them fourth in the Premier League in this category. They may have attempted the second-lowest aerial duels but as far as percentage success is concerned, Wolves are in the middle, winning 47.5% of the aerial duels. Wolverhampton Wanderers have the second-fewest recoveries in the opposition’s half, with 729, but it could be due to the style of play, like using a deep block instead of high pressing.

Joao Moutinho has been Wolverhampton Wanderers’ most successful threat creator this season, but most of this has come from set-pieces. From open play, it is Ruben Neves who has produced the most threat for Wolves this season. Their top assist providers – Raul Jimenez, Daniel Podence and Chiquinho – have only three assists each to their name. 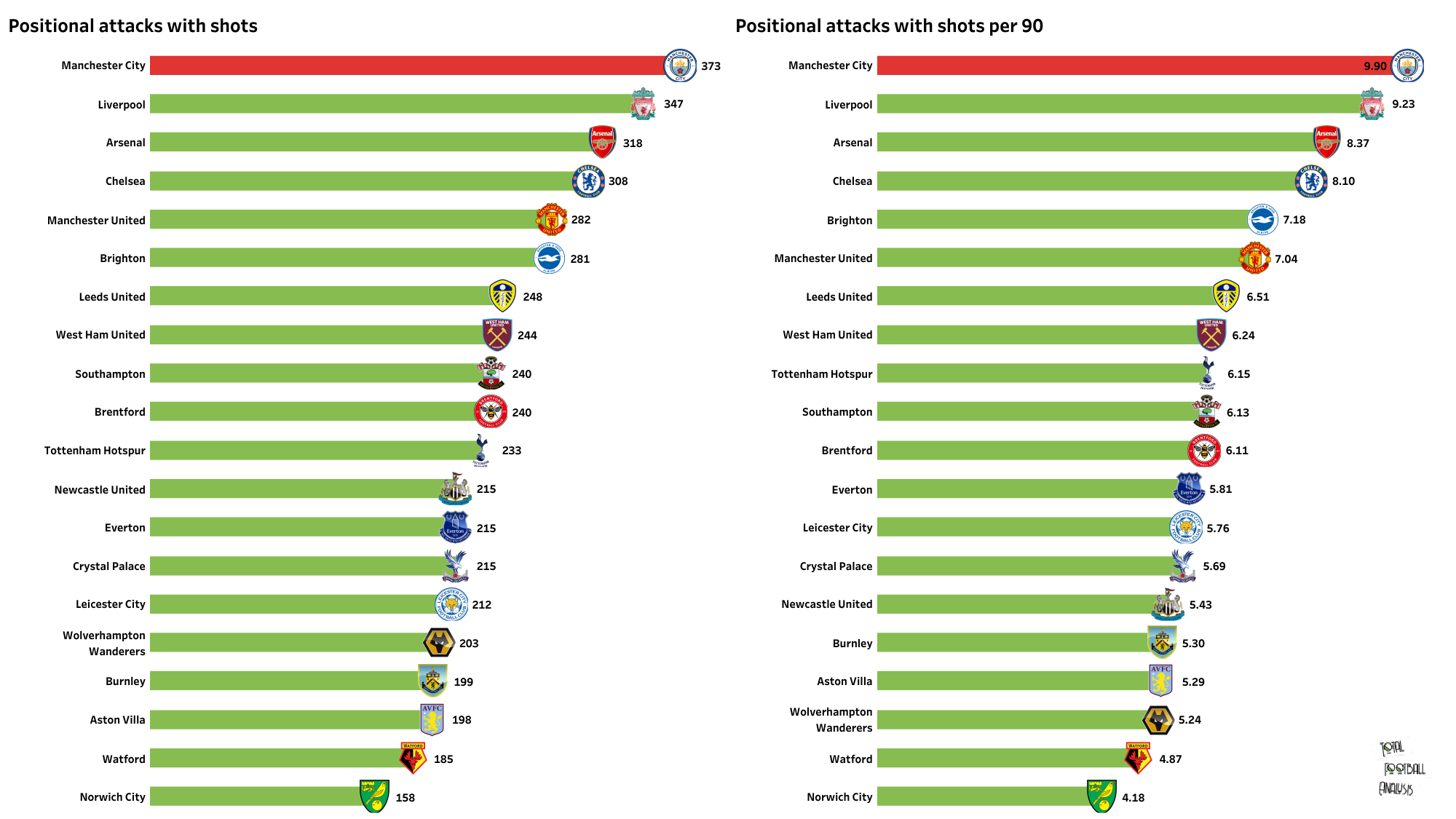 Manchester City head into this match after a 5-0 win against Newcastle United, with goals from Aymeric Laporte, Rodri, Phil Foden, and a brace from Raheem Sterling. This win extended City’s lead over Liverpool to three points. The Cityzens now have 27 wins, five draws, and three losses to their name, with a goal difference of +68. Man City have had the most positional attacks with shots in this Premier League season, with 372 to their name. To win against an overperforming defence, City will need to capitalise on every goalscoring chance that comes their way. 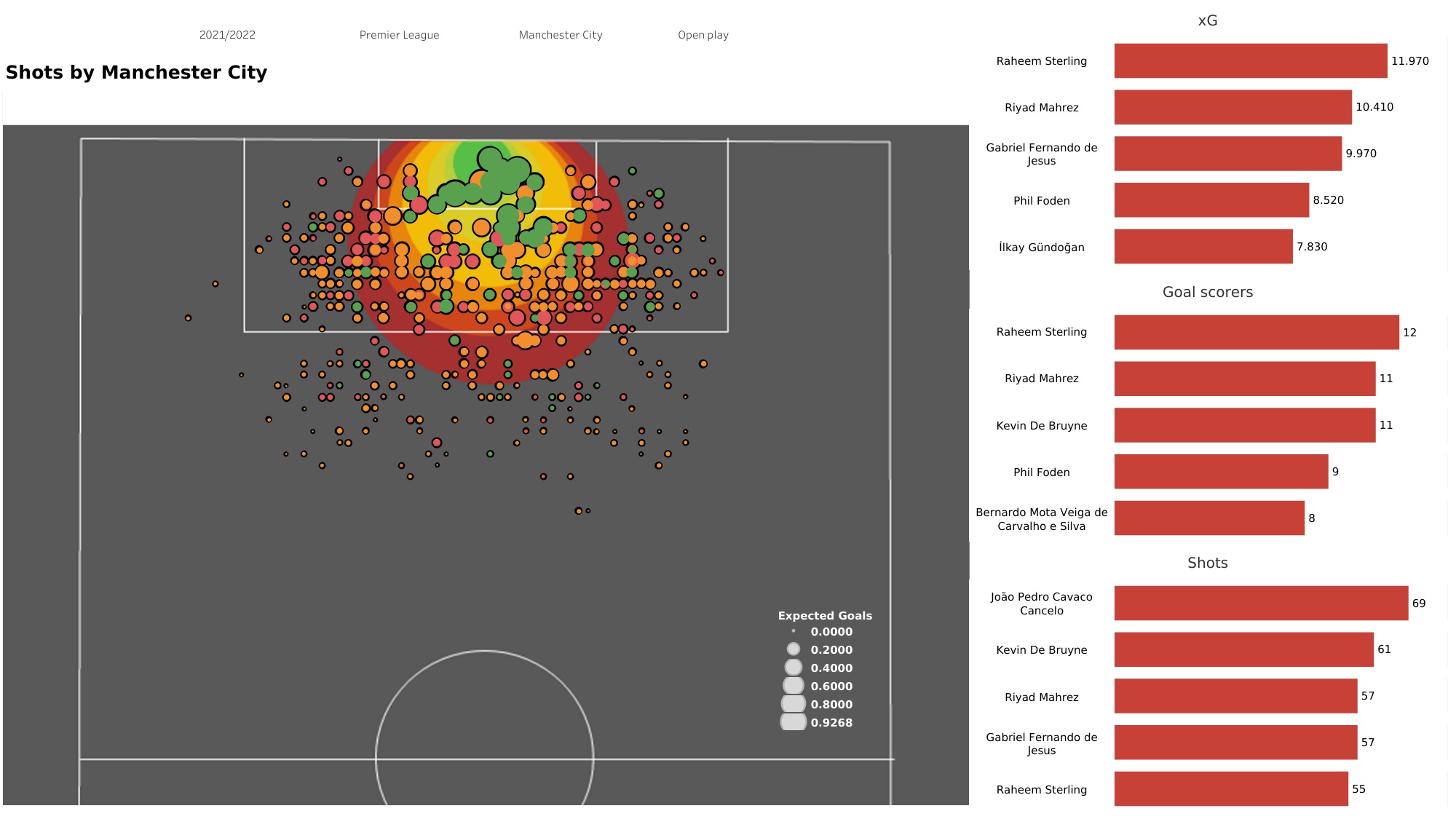 Seen in the above visual is Manchester City’s shot map in the Premier League this season from open play. The Cityzens have rarely missed gilt-edged chances from inside the six-yard box. Their top shot-taker is, surprisingly, Joao Cancelo, with 69 to his name. The goalscoring load has been shared more or less evenly across the squad.

Manchester City will look to extend the gap between themselves and Liverpool with a win here at the Molineux. Wolves will have to win this game if they are to keep their hopes of European qualification alive.

The post Wolverhampton Wanderers vs Manchester City Preview: Positional attacks, xGA and more – what do the stats say? appeared first on Football analysis, news, betting and opinion from Man City.