Leicester City are reportedly among the clubs interested in signing Shakhtar Donetsk’s Brazilian winger, Tete. The 22-year-old was also a subject of interest for the Foxes back in 2020. AC Milan, Atalanta, Benfica, and Brentford are reportedly among the teams that have made contact regarding Tete’s availability. Given the situation in Ukraine, Tete is available on a free transfer.

It has been reported that Brendan Rodgers is looking to freshen up the squad and bring some new signings. The Northern Irish manager confirmed that the first team players must prove that they deserve a place in the starting XI. After an inconsistent showing for the better part of the season, a display that has seen them struggle with injuries and form, the Foxes have slowly improved their fortunes in the recent matches and moved up the league table. They have been boosted by the return of multiple first-choice starters and would be looking to finish the season on a high.

With Rodgers admitting that his side will focus on bringing in players to compete for a spot in the starting XI in the summer, the right wing is an area, that Leicester would be looking to reinforce. A left-footed player capable of drifting inwards and creating threats from central spaces fits the kind of player that Rodgers prefers, and Tete fits the bill.

Let’s take a look at some stats from the Champions League to gauge the Brazilian winger’s performances. 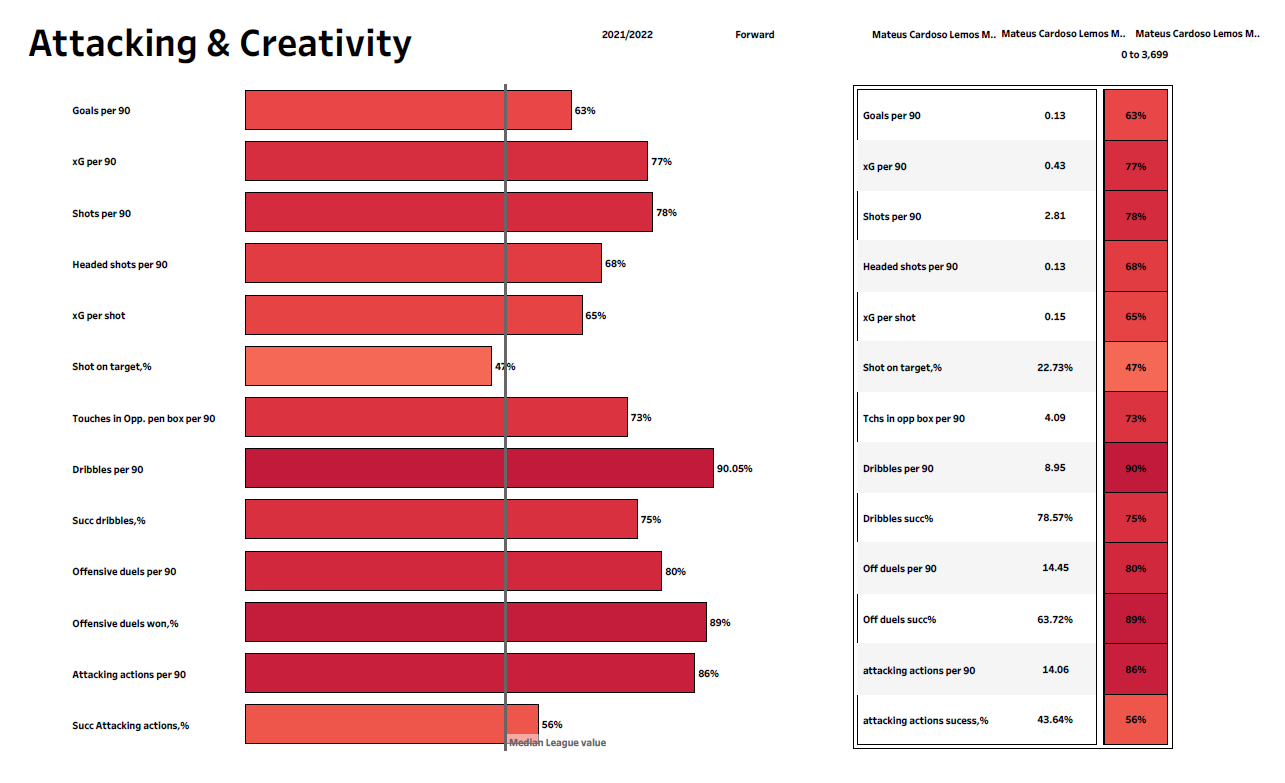 In the above viz, we can see Tete’s attacking & creativity stats. His most notable stats are dribbles per 90, offensive duels won, and attacking actions per 90. The 22-year-old averages an xG of 0.43 per match and 4.09 touches in the opponent’s penalty box per match as well. In addition, he has averaged more than 14 offensive duels per 90 and upward of 14 attacking actions per 90. Tete demonstrates impressive technical ability and excels at dribbling. He utilizes his dribbling ability to great effect and is capable of getting past the defenders with ease.

The above viz displays the locations of the pitch where Tete is usually engaged. We can see that he is most active in the wide areas on the right near the touchline. Tete is comfortable receiving the ball in the wide areas, following which he can either progress the play using his dribbling skills or look for his attackers in threatening positions near the penalty area. He is also effective in his utilization of the space. Although he is a left-footed right-winger, Tete is versatile and could be deployed as an attacking midfielder or as a centre-forward as well. In the current season, the 22-year-old has featured as a right-winger in the majority of the games, scoring 10 goals in 28 appearances across all competitions. 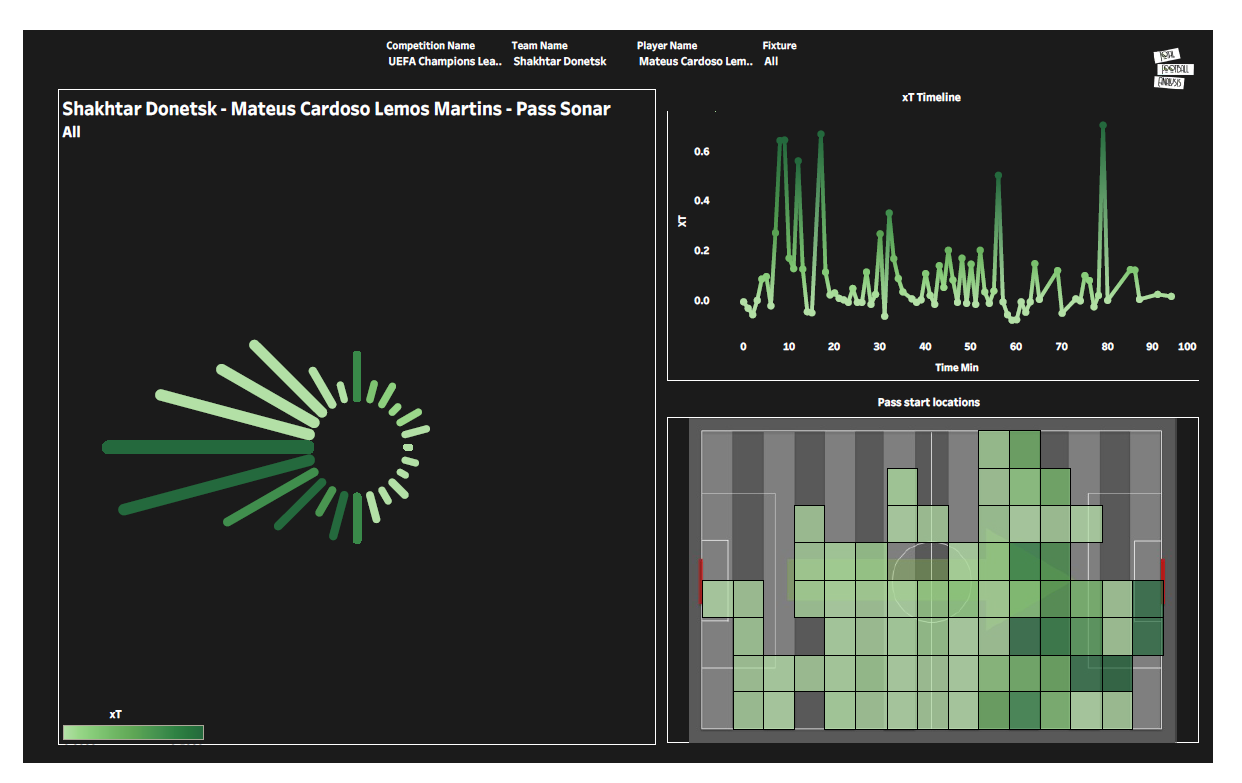 In the above viz, we can see Tete’s directionality of passes. The 22-year-old has delivered most of his threatening passes towards the central areas from the right flank. The ‘pass start location’ shows that many of his passes near the opposition’s penalty box carry a high expected threat. Tete has been able to create high xT on an average in both halves.

Although he is still young, Tete demonstrates maturity in his play beyond his age. While he is still maturing as a footballer, his dribbling ability, use of space, and close control make him a capable right-winger. Tete could prove to be a brilliant signing for the Foxes.