Newcastle United extended their winning run to five games and are sitting in third position in the English Premier League after a 1-0 victory over Chelsea. Former Arsenal midfielder Joe Willock scored the only goal of the match to hand Chelsea their third consecutive defeat in the league. The Magpies are enjoying their best run of form in recent years and fighting for European qualification.

Which player won the most defensive duels for Newcastle United? How many shots were attempted by Chelsea? 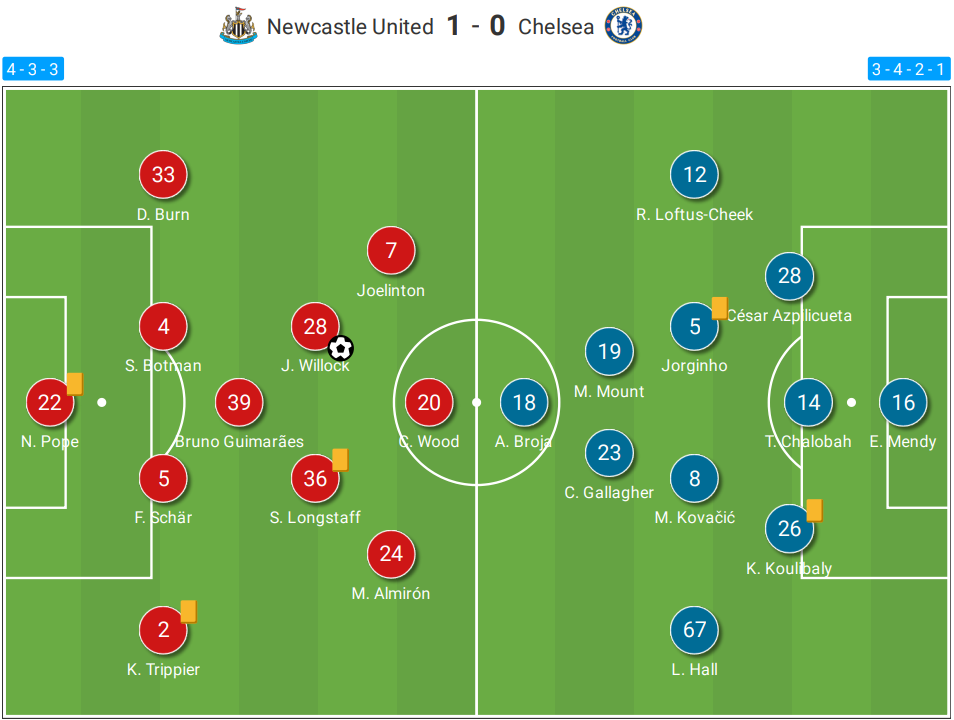