Arsenal returns to the top of the English Premier League table after a 1-0 victory over Chelsea at Stamford Bridge. Gabriel Magalhaes scored the only goal of the match in the 63rd minute and handed Chelsea their second consecutive defeat in the league. The Gunners have now won 11 times in 13 games and have a two-point lead over the defending champions, Manchester City.

How many positional attacks were created by Arsenal and Chelsea? What were the duels winning zones for both teams? 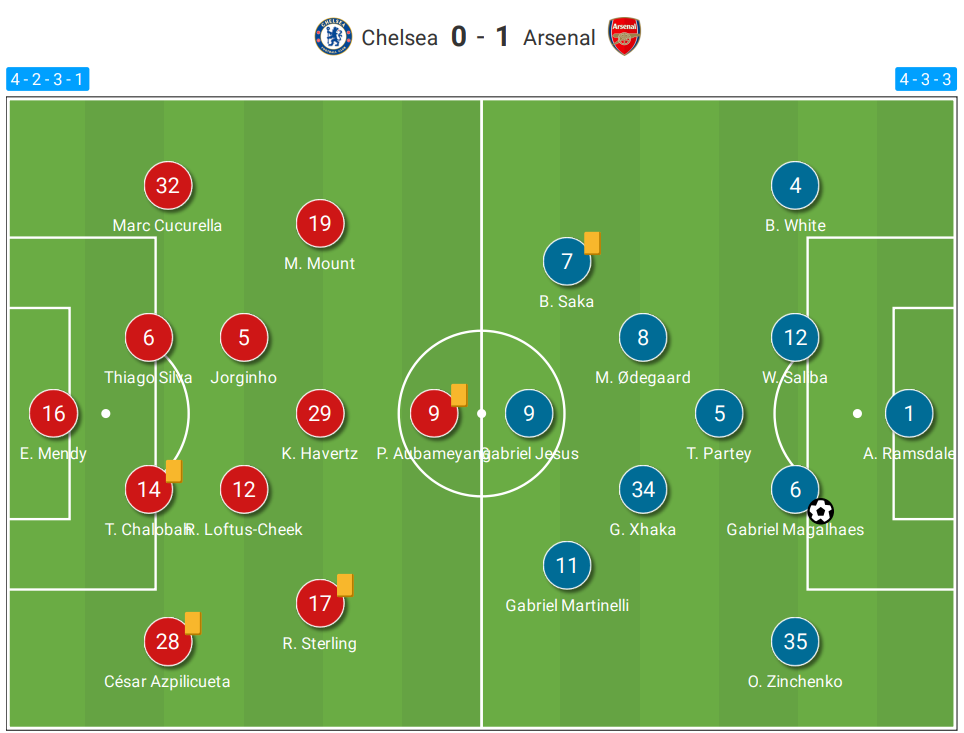