Aston Villa began their era under Unai Emery with a huge 3-1 win over Erik ten Hag’s Manchester United in the English Premier League. The home team made a good start to the match and took a two-goal lead in just 11 minutes. Manchester United were gifted an own goal towards the end of the half, and that looked to be the turning point for the visitors. Jacob Ramsey scored the third goal early in the second half and ended United’s hope of making a comeback.

What were the goal-scoring positions for Aston Villa? What was Manchester United’s efficiency in positional attacks? 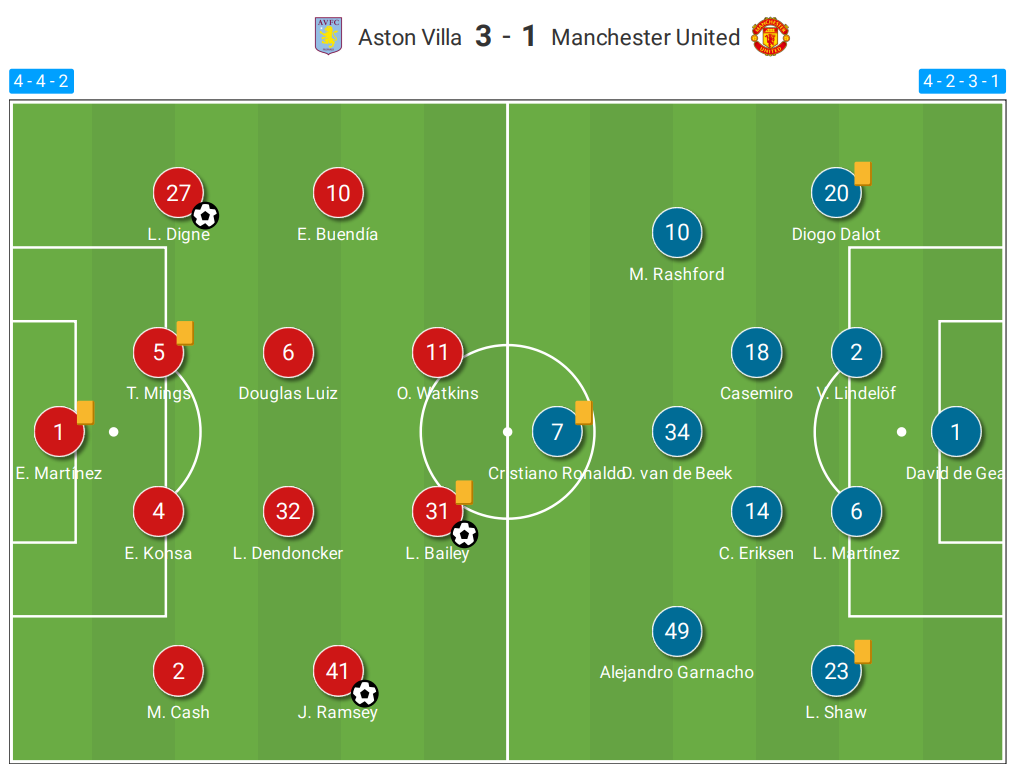