After a long spell without any match, Manchester United will return to the field. Their last match was a Champions League Round-of-16 defeat against Atletico Madrid, and as a result, they crashed out of the tournament. However, United remain in contention for a top-four finish, as they are currently placed sixth, with 14 wins, eight draws, and seven losses in 29 matches. They trail fourth-placed Arsenal by four points, although Arsenal have a game in hand. In their previous win in the league, United secured a 3-2 win against Tottenham, courtesy of a Cristiano Ronaldo hat-trick. With four teams battling for fourth place, the Red Devils would need to pick up wins in their upcoming matches if they are to challenge for the spot. Starting with Leicester, United will take on Everton, Norwich, Liverpool, and Arsenal in April. Edinson Cavani is out of contention after picking up an injury during international duty. Alex Telles and Fred are also doubtful to make an appearance. Ronaldo should lead the line for his side. 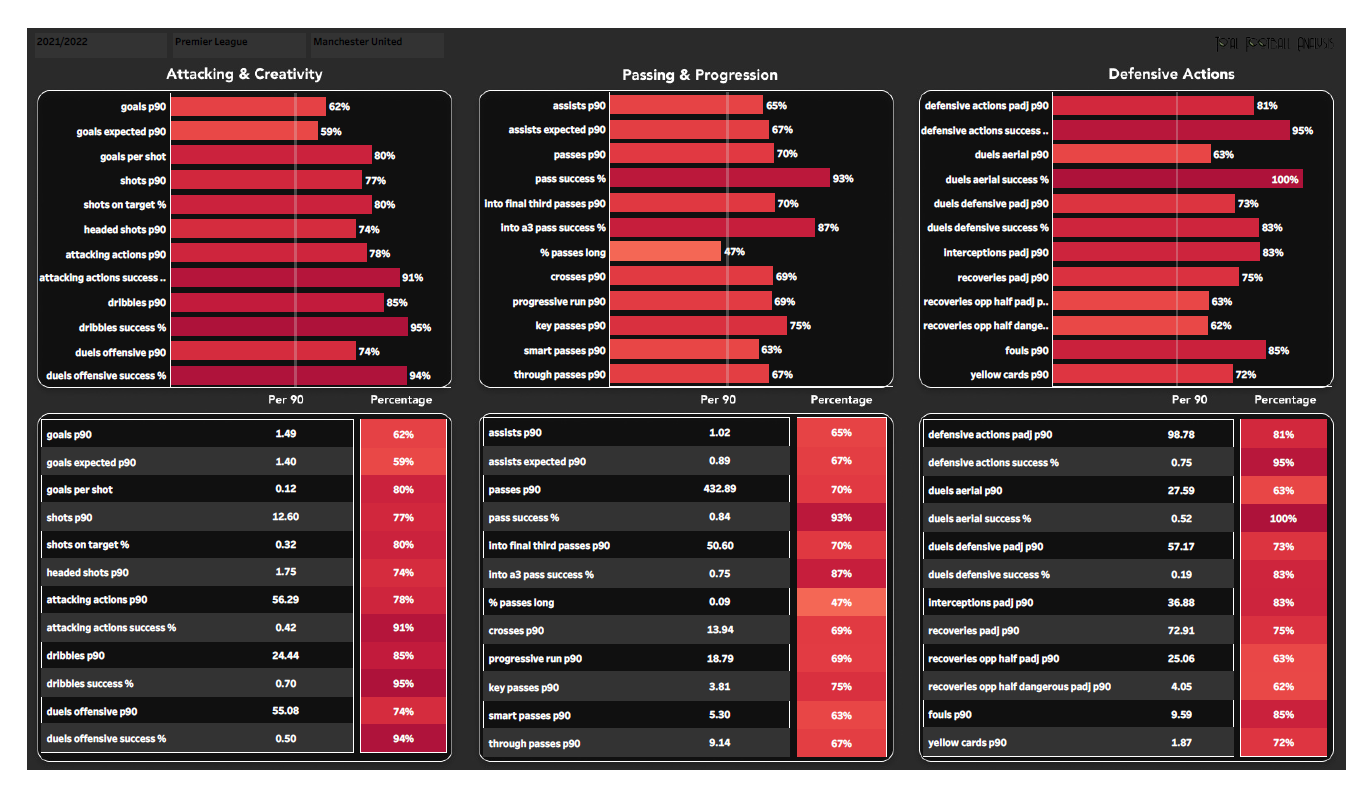 In the above viz, we can see United’s overall stats in the Premier League. Despite their decent defensive stats, United have conceded the most goals among the top seven teams. They are placed in the 93rd percentile in terms of pass success rate. Their most notable attacking stats are attacking action success rate, dribbles success rate, and offensive duels success rate. 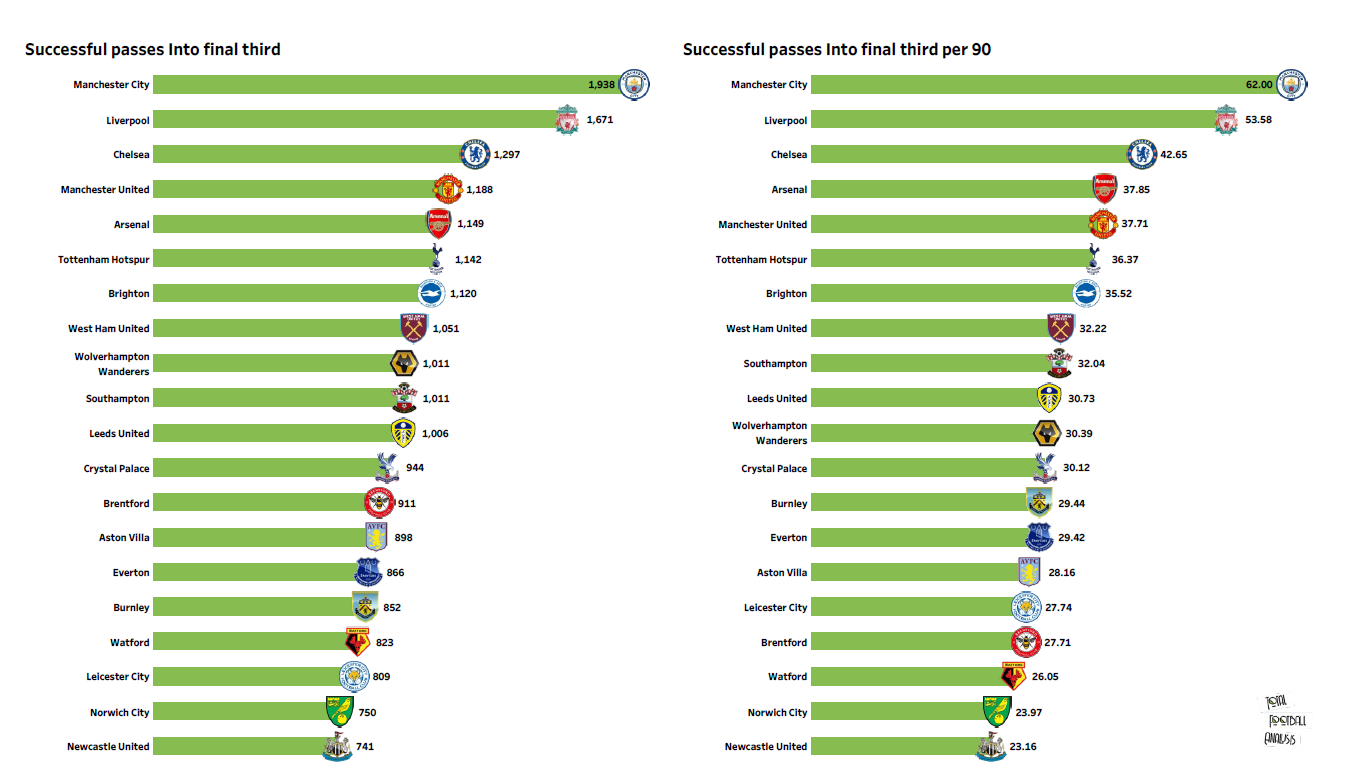 After an inconsistent first half of the season, Leicester City are finally showing some signs of form. They have moved up to 10th place, with 10 wins, six draws, and 11 losses in 27 matches. While their hopes of finishing in the top four have virtually ended, the Foxes could still challenge for a finish in the top half of the table. Leicester have continued their charge in the Europa Conference League and will take on PSV Eindhoven in the quarter-finals. In their recent match before the international break, the Foxes secured a 2-1 win against Brentford. Timothy Castagne and James Maddison got on the scoresheet for their side, sealing the three points. Leicester have an edge against Manchester United in their recent matches, having won their previous three matches against them across all competitions. The Foxes would be boosted by the return of Jonny Evans and Wesley Fofana, both of whom have missed a large part of the season. Jamie Vardy is set to miss out with a knee injury, while Wilfred Ndidi will be out for the rest of the campaign. 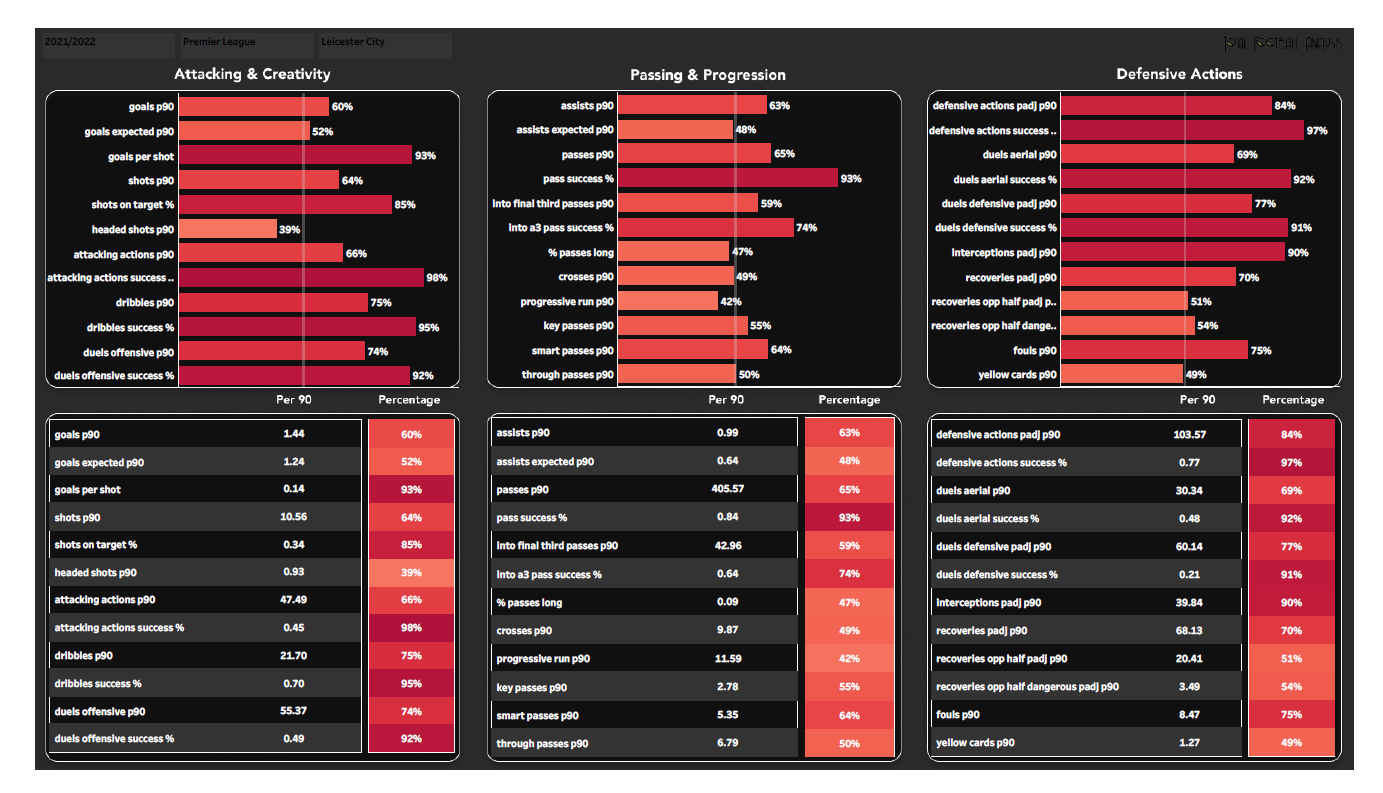 The above viz displays Leicester’s overall stats in the league. The Foxes have struggled defensively this season, conceding 46 goals. However, they have been decent in terms of attacking & creativity. Their most notable stats are goals per shot, attacking actions successful, dribble success rate, and offensive duels success rate. 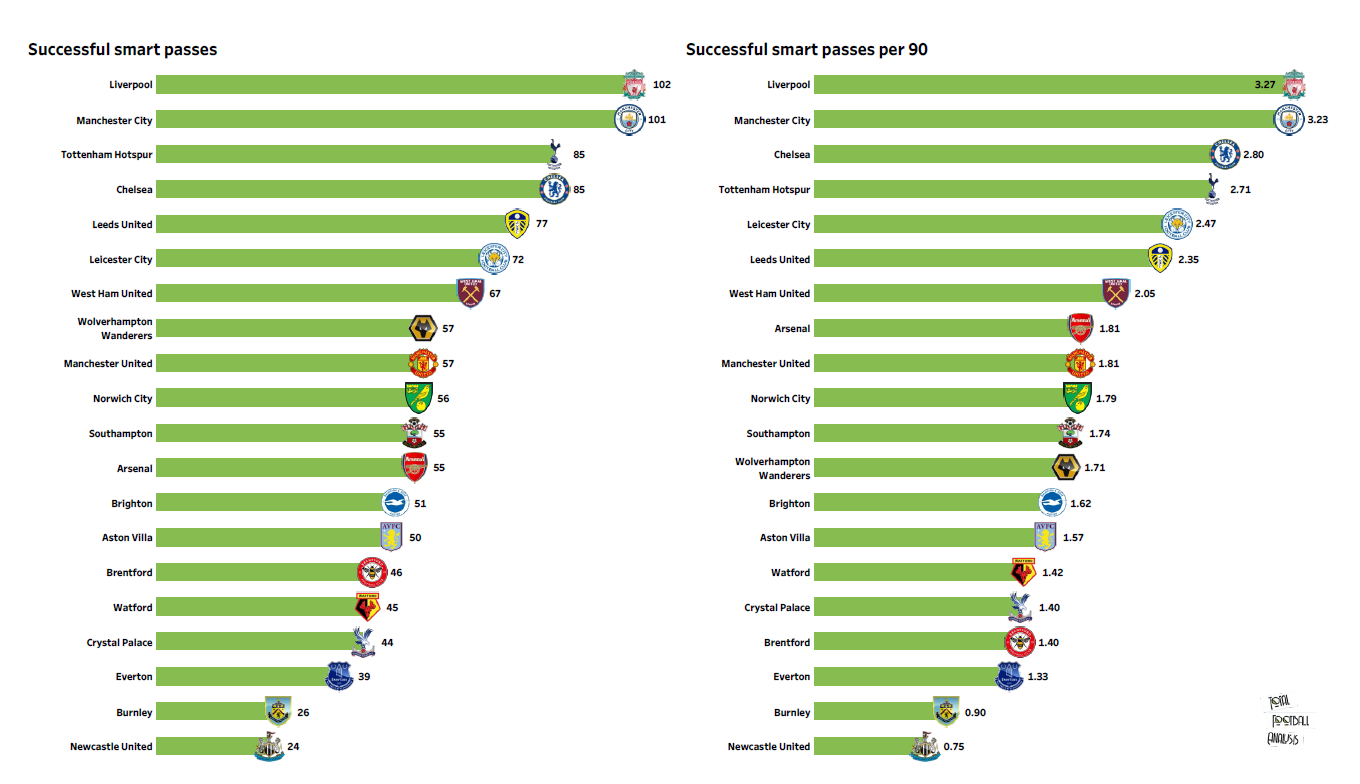 Leicester City have delivered the sixth-highest number of smart passes in the league. They average more than two smart passes per match.

Both sides are in desperate need for points and should take home a point each.