In the second Merseyside derby of the season, Liverpool will host Everton at Anfield in the English Premier League. The Reds are just one point behind league leaders Manchester City and are on a 13-match unbeaten streak in the league. Everton, on the other hand, are unbeaten in their last two league games, but the Toffees are just one point clear of the relegation zone and have a game in hand. The last time these two teams met, Mohamed Salah scored a brace to hand his side a comfortable 4-1 victory at Goodison Park.

Liverpool scored five goals against Manchester United to secure their 23rd victory of the season. Jurgen Klopp’s men have just lost two matches this season and drawn the other seven. They are the highest goalscorers in the league and have netted 83 goals, with the highest xG rate of 78.87. In return, they have conceded 22 goals with an xGA rate of 30.26. 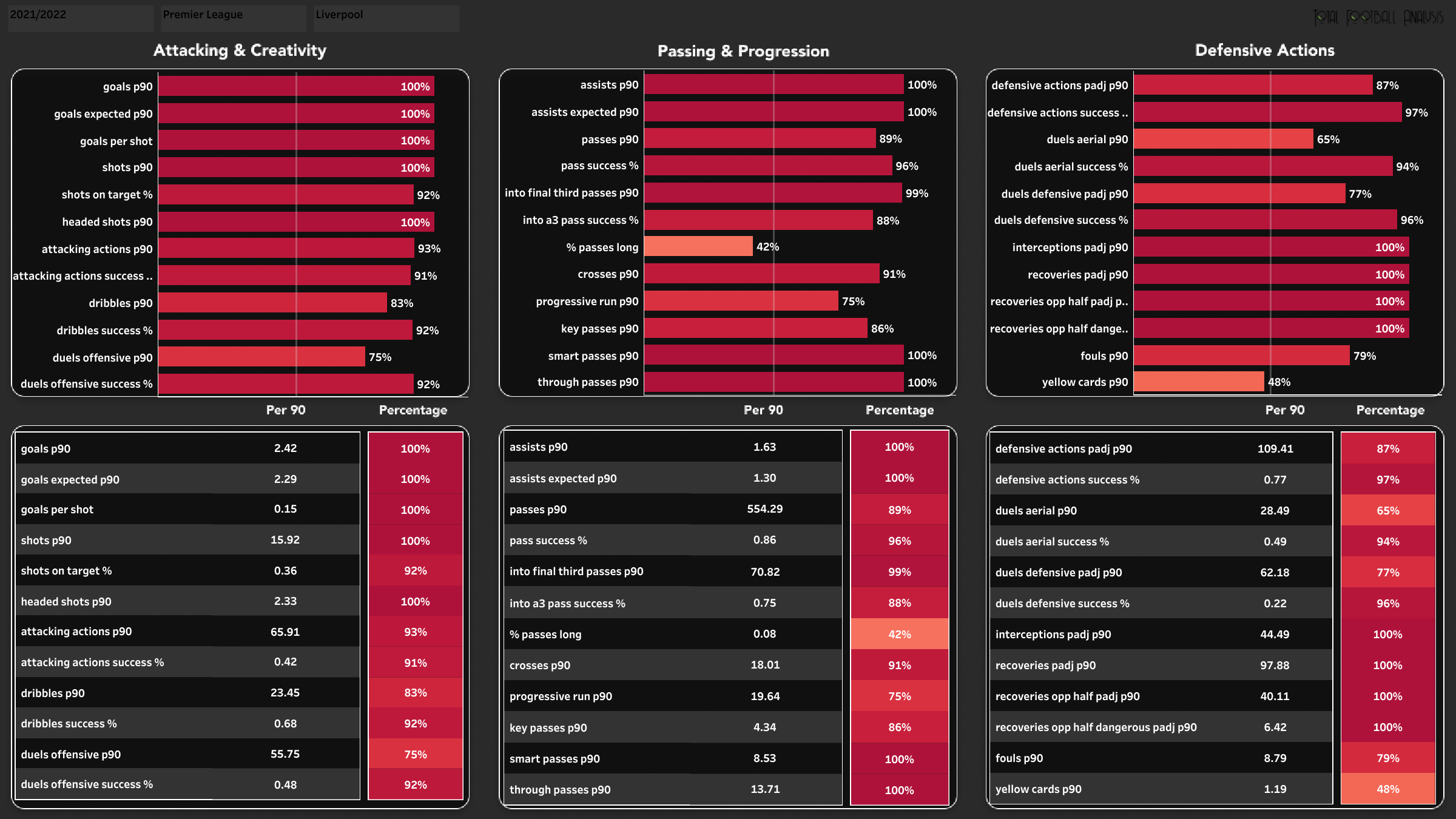 When looking at the above chart, the general rule is that the longer the bar, the better the performance — you can see the league average in the middle, and the % is the percentile rank the player is in. When we look at all the stats combined, Liverpool have been the best team in the league. The attacking and creativity charts show that they have the highest rank amongst other teams in the league. The passing and progression chart shows that the Reds have attempted the highest number of smart passes and through passes in the league. Other than this, they have made the most interceptions and recoveries. 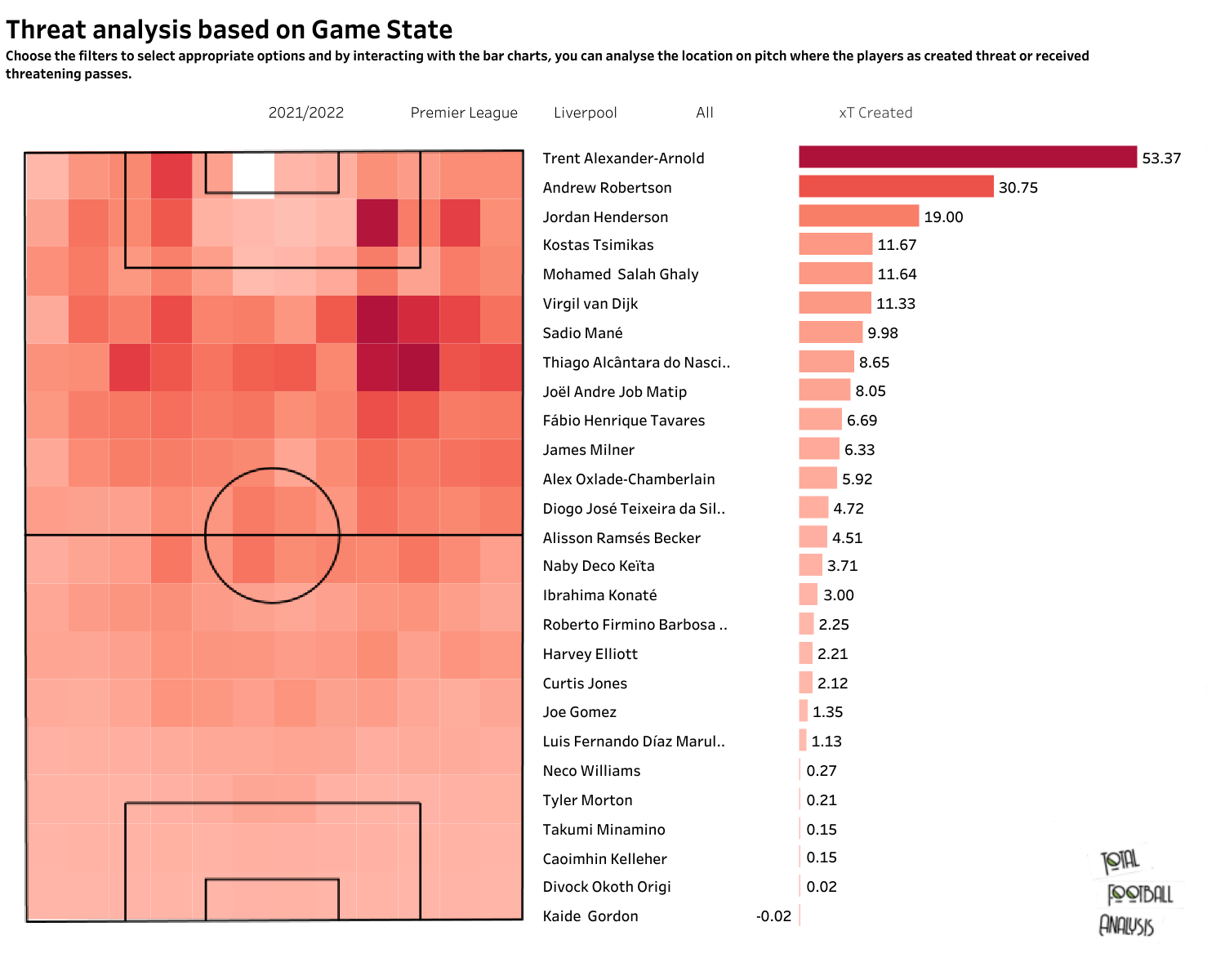 The above viz shows the threat creation zones for Liverpool. Both full-backs have created the highest threats, with Trent Alexander-Arnold having a massive lead over his teammates. The Reds have created more threats from the right side.

There are no new injury concerns in the Liverpool camp, and the team could go with a strong lineup. Roberto Firmino has a minor ankle injury and his situation will be assessed before the game. Jurgen Klopp may make a few changes to his starting lineup in light of the upcoming UEFA Champions League semi-finals, the first leg of which is in midweek.

Richarlison scored a late equaliser and helped his side to earn their fifth draw of the season. The Toffees have won only eight and lost 18 matches this season. They are having a season to forget in the Premier League. Everton have a low goal per 90 rate in the league this season. They have netted 34 goals with an xG rate of 38.47. Their leaky defence has conceded 53 goals with an xGA rate of 44.83. Everton’s passing has been the main concern, and they have a very low percentile rank amongst other teams in the league. 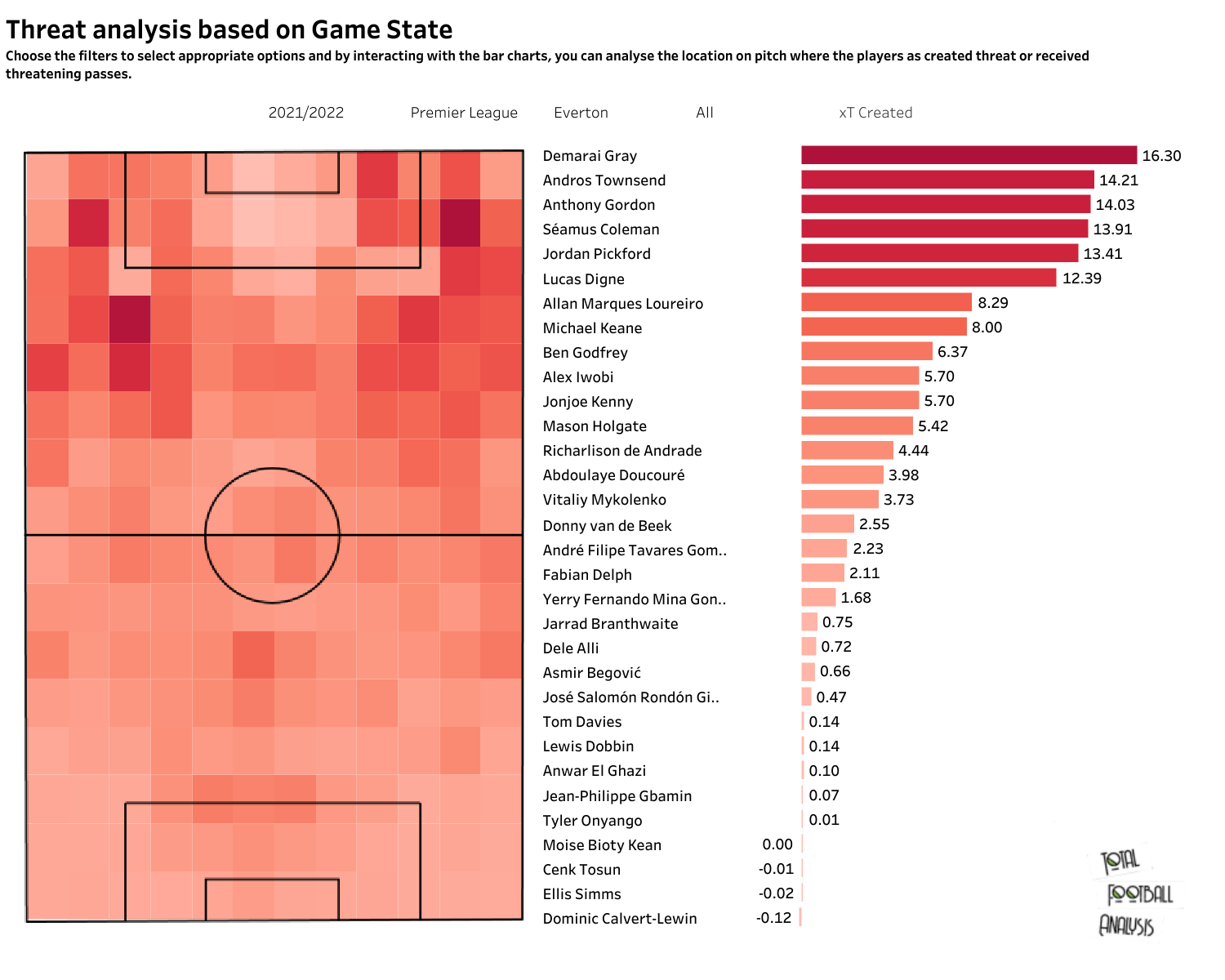 Everton have also created most of the threats from the wider sides. Demarai Gray features on the left and has created the highest threat rate. Anthony Gordon has added some spark to Everton’s team and has created a few threats for his team.

Everton will be without Dominic Calvert-Lewin, Donny van de Beek, and Andre Gomes for this match. The trio is out injured and will join long-term absentees, Nathan Patterson, Andros Townsend, and Tom Davies, on the sidelines.

Liverpool will go in as the favourites to take three points from this game. Everton also need points to secure their Premier League safety and will look to stop Klopp’s men from scoring goals.

The post Liverpool vs Everton Preview: Goals, xT creation zones, team news and more – what do the stats say? appeared first on Football analysis, news, betting and opinion from Everton.