Leicester City will host bottom-of-the-table side Norwich City in the English Premier League. The Foxes are winless in their last five games and suffered a 1-2 defeat against Everton in the last match. They are currently in the bottom half of the table. Norwich City are on a four-match losing streak and were the first team to get relegated from the English Premier League this season.

Leicester City’s defeat against Everton was their 14th loss of the season. They have won 11 games and drawn the other nine games. The Foxes have scored 49 goals this season and have an xG rate of 43.49. In return, they have conceded 56 goals with the second-highest xGA rate of 68.12. 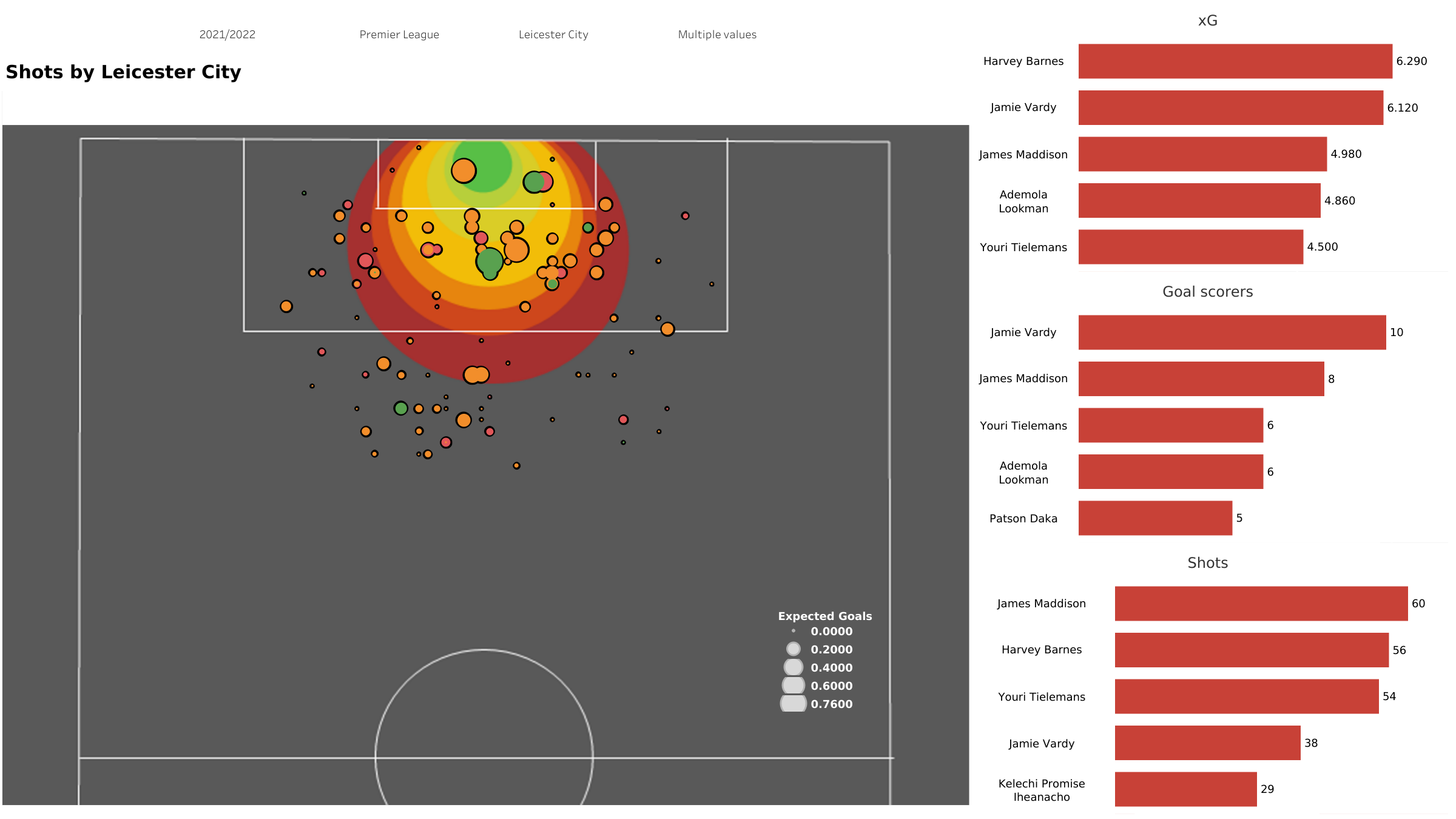 The above viz shows all the shots attempted by Leicester City from set-pieces, except the penalty spot. The Foxes have struggled to score goals from set-pieces and have only netted six goals. Overall, Brendan Rodgers’ men have attempted 375 shots, with 139 of them being on target. Of these 375 shots, 156 were attempted from outside the opposition’s penalty box, with 47 of them being on target.

The above map shows the xT creation zones for the Foxes. They have created more threats from the wider sides. James Maddison has created the highest threats from passes, followed by Youri Tielemans.

Norwich City have won five, drawn six and lost 24 games this season. Their last win was five games ago against Burnley. The Canaries have scored only 22 goals with an xG rate of 29.63 and conceded 75 goals with an xGA rate of 77.48. They have conceded nine goals in the last three games and haven’t scored a goal in their last three matches. 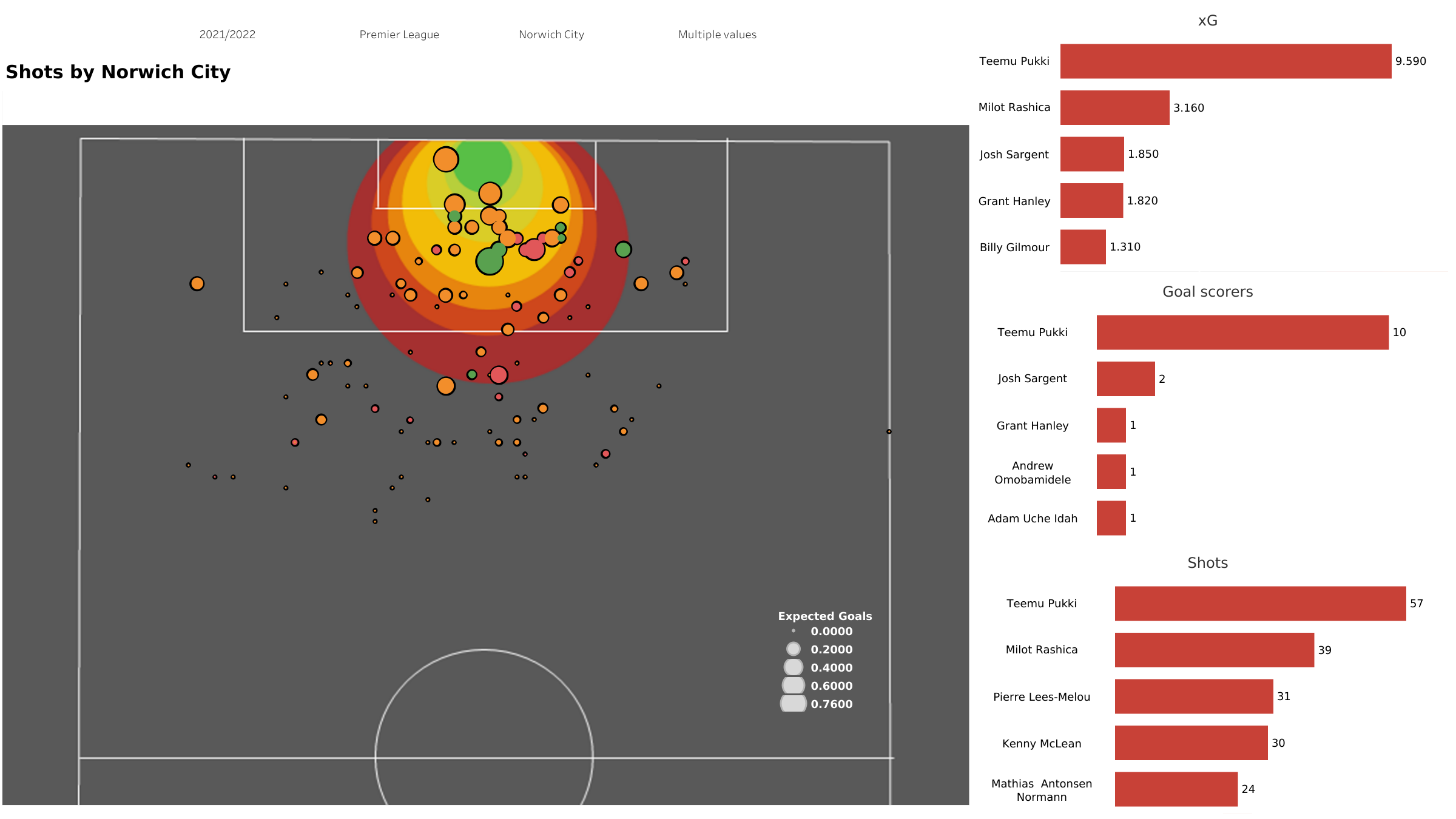 The Canaries have attempted the lowest number of shots in the league this season (313), with 97 of them being on target. A total of 153 shots have been attempted from inside the opposition’s penalty box, and they have managed to hit the target 58 times. 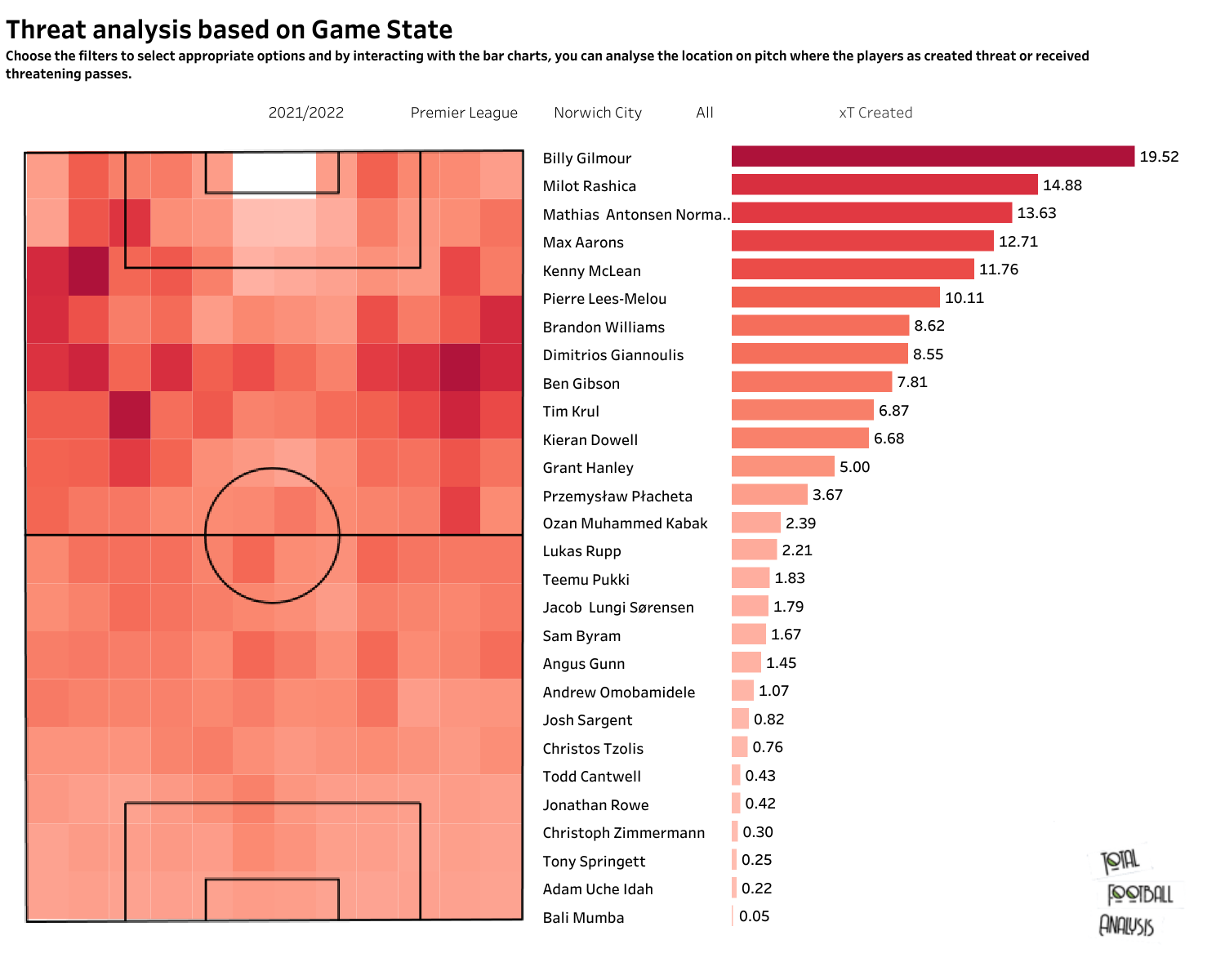 Norwich City’s threat creation zones have also been towards the wider sides and have mostly attacked from the left. Billy Gilmour, on loan from Chelsea, has created the highest threats from passes for his side.

Leicester City will look to enter the top half of the table with a win over their opponents. They have been the better side amongst the two teams and have already registered a win over the same opponents this season.